President Joe Biden’s administration plans to revisit the Trump-era first phase trade agreement with China and announced that it will use “all available tools” to enforce compliance, according to senior administration officials.

While Biden criticized the former president’s way of dealing with China, he has often opted to continue policies – like maintaining tariffs and sanctioning Chinese officials – stemming from the Trump administration. Senior administration officials told reporters that Biden remains critical of the phase one agreement, but added that China must “live up to the commitments and promises” it made.

“These include promises that China made in the phase one deal that benefit workers, farmers, and manufacturers across America,” an official said.

Officials didn’t offer specifics as to how the U.S. plans to enforce the trade agreement but said it will begin by engaging China “on its commitments under phase one.” This engagement will include discussions regarding “areas where we believe they may have fallen short,” according to a senior administration official.

The official noted that the administration will restart a tariff exclusion process and admitted the Biden administration isn’t “taking any tools off the table” throughout this process.

U.S. Trade Representative Katherine Tai will announce Monday that China hasn’t been adhering to the Trump-era trade deal. She “intends to have frank conversations with her counterpart in China about China’s performance under the phase one agreement,” an official said. 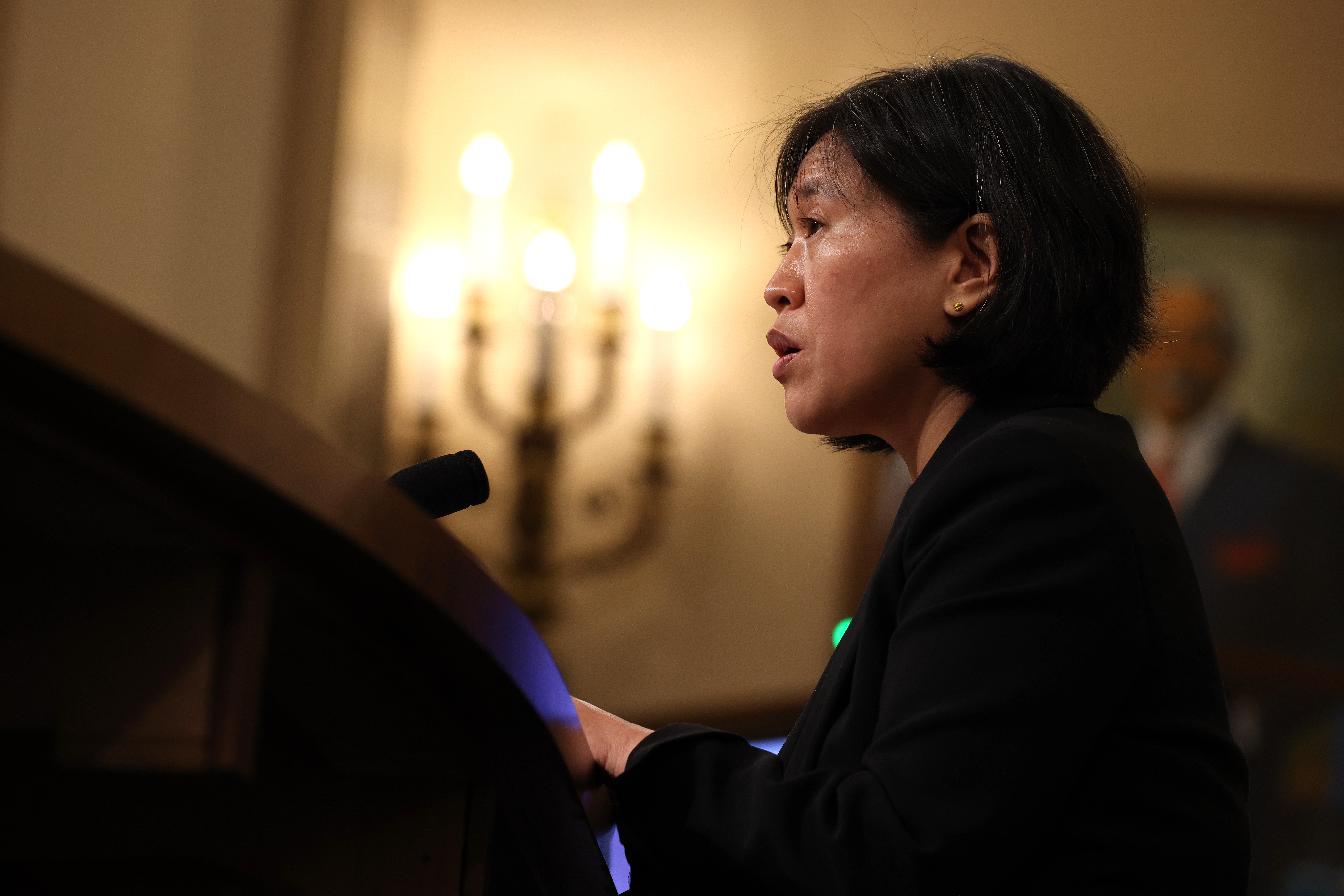 WASHINGTON, DC – MAY 13: U.S. Trade Representative Katherine Tai speaks during a hearing with the House Ways and Means committee at Capitol Hill on May 13, 2021 in Washington DC. Tai took questions from members about President Biden’s 2021 trade policy agenda. (Photo by Anna Moneymaker/Getty Images)

The Biden administration has been quietly pushing back on Beijing’s military advancements over the summer, though it has not openly characterized the moves as a direct response to China. The U.S. announced a trilateral deal with Australia and the U.K. to help provide nuclear-powered submarines to Australia in mid-September. Biden described that decision as “investing in our alliances and updating them to better meet the threats of today and tomorrow.”

“You know, since the beginning of the administration, we’ve made clear our strategy of competing with China from a position of strength,” a senior administration official said regarding the phase one agreement. “That’s why we’ve been investing in our domestic renewal, getting the pandemic under control, investing in our supply chain resiliency and our technological edge so we can continue to lead the world in industries of the future. And it’s why we’ve been working with our allies and partners to align our approaches to China’s unfair, non-market practices.”

“But unlike his predecessor, President Biden is going to hold China to account where China is falling short of its commitments. Biden also believes that we have to use all our tools to make sure China’s economic and trade policies do not hurt American workers and businesses,” an official added.