Haitian migrants overwhelmed the border in recent weeks, with 15,000 camped out under the Del Rio Bridge in Del Rio, Texas, at one point. To those seeking refuge in the U.S., any hardships they’re facing are better than where they’re coming from.

“Right now I am very well because here they help us well,” a 27-year-old Haitian migrant told reporter Jorge Ventura in Ciudad Acuña, Mexico, a border town on the other side of the Del Rio Bridge. “Food, water. Here Mexican people are very good. God bless them.”

He spent four years in Chile before making the trip to the U.S.-Mexico border. Hundreds of Chilean IDs were found littered across the Mexican side of the border, abandoned by Haitians before they attempted to cross the Rio Grande, Ventura reported.

Some who had traveled into the U.S. and found themselves back in Mexico said they preferred waiting in the latter. One Haitian in Acuña said he and his fellow migrants were “better here” than in Texas “because there was nothing and they would go through hunger and she [fellow migrant] would faint due to hunger.”

There was hardly any food when staying in Texas, with travelers getting only “two pieces of bread with salami and one water bottle,” a migrant said. “You can get clothes for the kids and the food comes to us. They attend to us well and all of that,” another described. 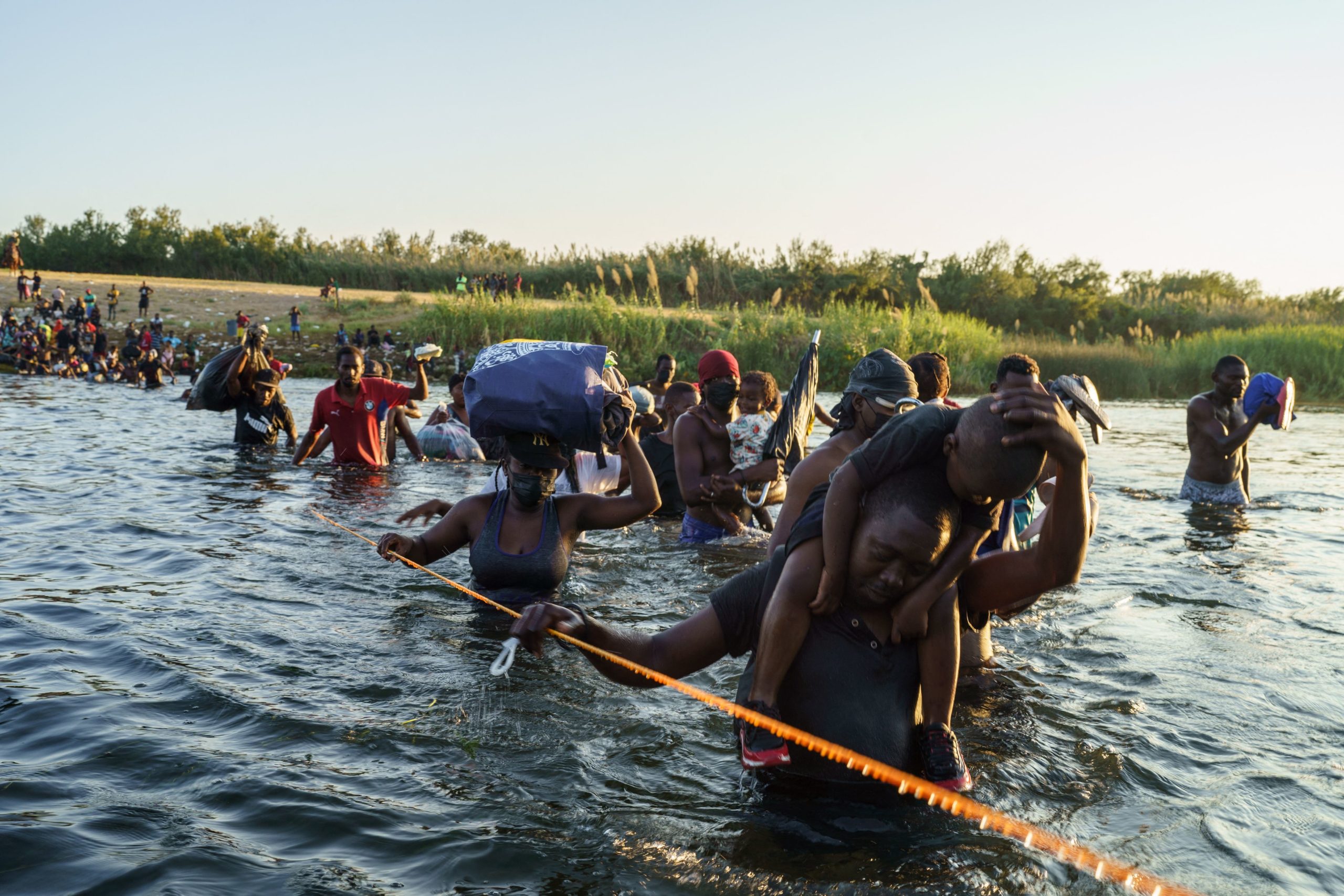 Haitian migrants continue to cross across the US-Mexico border on the Rio Grande as seen from Ciudad Acuna, Coahuila state, Mexico on September 20, 2021. (Photo by PAUL RATJE/AFP via Getty Images)

A migrant named Johnson said he had come from Brazil, crossing through several countries and traveling by sea at one point. He spent two months in Tapachula, along Mexico’s own southern border, then five days in Acuña, before finally making it to Del Rio Airport.

Many of the migrants came alone, hoping to reunite with family in the U.S. A number of minors left their parents behind in countries like Guatemala or Honduras, such as a 15-year-old boy in La Joya, Texas, who had a sister in Houston.

“I wanna study, move forward, and give the best to my mom … because poverty makes us come,” he said. (RELATED: ‘The Mexican Government’s Fault’: Mexico Played A Central Role In Del Rio Border Crisis)

A 17-year-old who was sought to find his father after leaving his mother in Guatemala said he would like to have an education in the U.S. He used a map to navigate to the U.S. by himself.

“Our country is bad. It’s in crisis. We have no president. They killed our president. All that,” a female migrant told the DCNF. “The earthquake, the hurricane that happened. All of that affects us a lot. That’s why we’re like this. Searching for a better life for our families.”

Asked if she had a message for President Joe Biden, she said she wasn’t sure. “The only thing I ask is for him to help us out. We’re not here for pleasure. Nobody immigrates for pleasure,” she said.