The 2,500-page report is France’s first real documentation of the abuse, the Associated Press reported, and is based on research by France’s National Institute of Health and Medical Research. (RELATED: High-Ranking Priest Resigns Over Grindr Data Linking Him To Las Vegas’ ‘Gay Bathhouse’)

“The Catholic Church is the place where the prevalence of sexual violence is at its highest, other than in family and friend circles,” the report said, according to CNN.

The publication noted that children were more likely to be abused in settings involving the Church than in summer camps or state-run schools. (RELATED: Vigano Says He Received Complaints A High-Ranking Monsignor Molested Catholic University Students)

“Faced with this scourge, for a very long time the Catholic Church’s immediate reaction was to protect itself as an institution and it has shown complete, even cruel, indifference to those having suffered abuse,” the report continued. 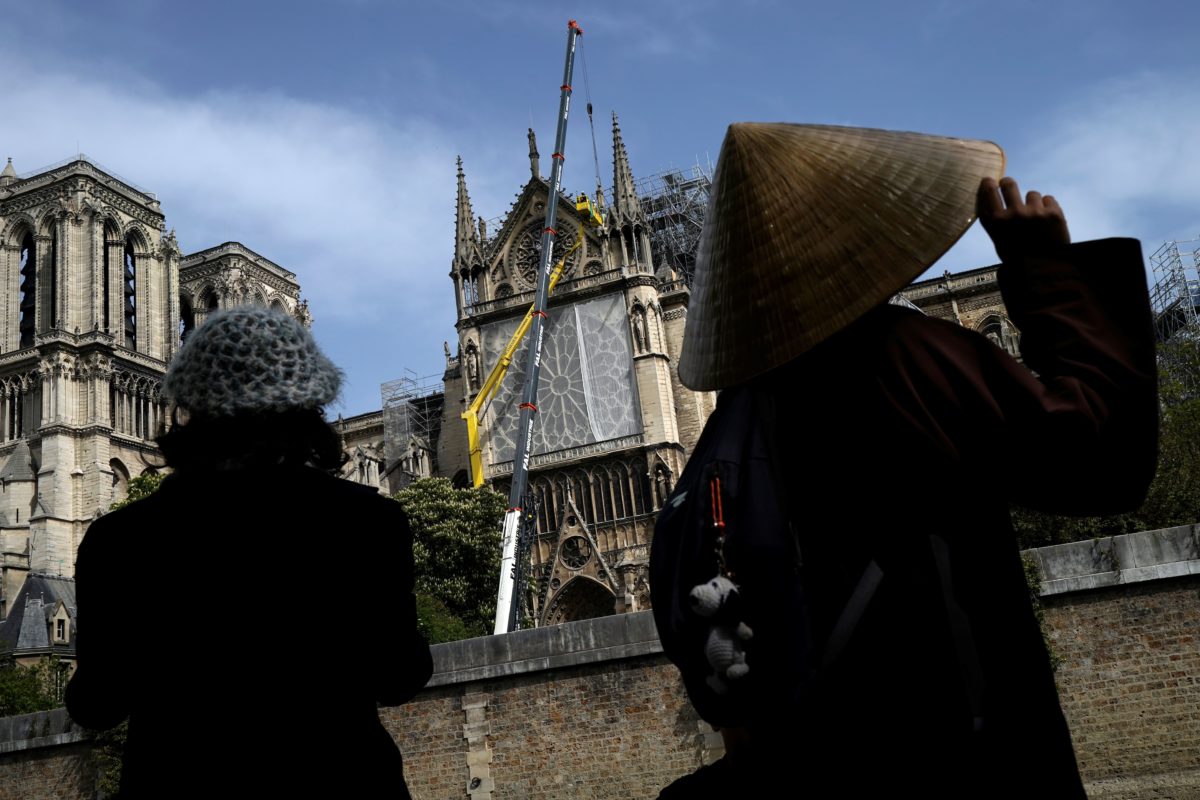 TOPSHOT – Bystanders look on as workers cover and protect the Rosette of Notre-Dame de Paris Cathedral in Paris on April 22, 2019, seven days after a fire devastated the cathedral.  (Photo credit  LIONEL BONAVENTURE/AFP/Getty Images)

Around 3,000 priests and other members of the church committed the abuses, the AP reported that the report found, and Catholic authorities covered up these abuses over the years in a “systematic manner.”

The 330,000 figure includes about 216,000 people who were abused by clerics and priests, according to the AP. The other 114,000 victims were abused by Catholic leaders like scout leaders and camp counselors, the publication reported.

Around 80% of the victims of Catholic Church clergy were boys, the AP reported, while the broader study on sexual abuse discovered hat 75% of all the victims were girls. (RELATED: Jesuit Priest’s Comment On Homosexuality Unveils The ‘Most Insidious Problems Facing All Christians Today,’ Theologian Says)

“We consider the church has a debt towards victims,” the president of the commission that issued the report, Jean-Marc Sauvé, told the AP. The commission called on the Catholic Church to take action and help to compensate victims.

The leader of the victims’ group La Parole Libérée (The Liberated Word), Francois Devaux, told the AP that it was “a turning point in our history” and condemned groups that allowed the “mass crimes for decades.”

Director of the Holy See Press Office Matteo Bruni said in a Tuesday statement that Pope Francis learned of the report “with pain” while the French bishops were in Rome recently.

Bruni said that the pope’s thoughts and prayers “go first of all to the victims” and the victims’ “wounds,” adding that the Holy Father is grateful for the victims’ “courage to speak out” and for “turning to the Church of France, so that, having become aware of this appalling reality and united to the suffering of the Lord for her most vulnerable children, she may take the path of redemption.”

“By his prayers the Pope entrusts the People of God who are in France, especially the victims, to the Lord so that He may grant them comfort and consolation and the miracle of healing, with justice,” Bruni said.