Secretary of State Antony Blinken was questioned as to how the Biden administration could call the withdrawal from Afghanistan a success while sitting for an interview on Tuesday during his visit to Paris.

“This withdrawal took place in chaos. We all remember the images of thousands of Afghans trying to get on planes to escape the Taliban,” France 2 TV journalist Anne-Sophie Lapix said, according to a State Department readout of the interview.

“And yet President Biden spoke of success, of an extraordinary operation. Is there a misunderstanding?” she asked, appearing baffled.

Blinken responded that the U.S. mission in Afghanistan to “bring justice to those who attacked us and ensure that this could not happen to us again,” had been accomplished years ago.

“Mission accomplished?” Lapix asked. “But the Taliban have regained power. You left your weapons. We saw the Taliban dressed as GIs from head to toe, and we heard American veterans screaming in anger.”

The Taliban took over Afghanistan in the span of 11 days, creating widespread chaos as the U.S. attempted to get all Americans and Afghan allies out of the country by the Aug. 31 withdrawal date, which it ultimately failed to do. Over half of all interpreters and Afghans who applied for special immigrant visas were reportedly left behind. 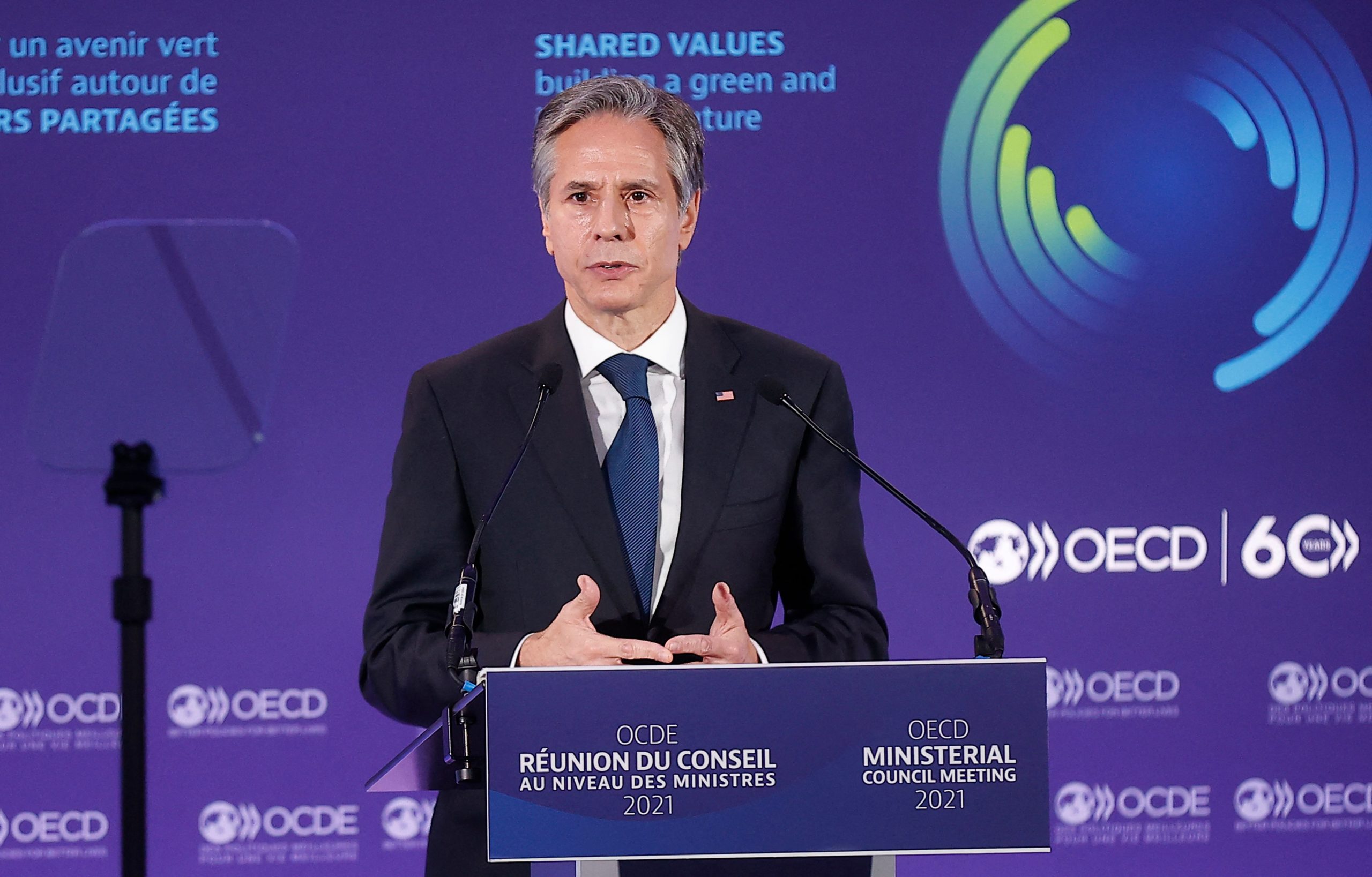 US Secretary of State Antony Blinken delivers an inaugural speech at the Organization for Economic Cooperation and Developments Ministerial Council Meeting in Paris on October 5, 2021. (Photo by IAN LANGSDON/POOL/AFP via Getty Images)

She also pressed Blinken on Australia backing out of a diesel submarine deal it had with France to enter a trilateral deal with the U.S. and United Kingdom. The French government reacted angrily, recalling its ambassadors from the U.S. and Australia.

French foreign minister Jean-Yves Le Drian criticized the behavior of the Biden administration and said it reminded him “a lot of what Mr. Trump used to do.” When asked about those comments, Blinken said he spent time with Drian, who he called a friend, and acknowledged the U.S. could have done better “in terms of communication.”

“But above all, we sometimes tend to take for granted a relationship as important and deep as the one between France and the United States,” Blinken added. (RELATED: France Is So Mad At The United States That It Canceled An Entire Gala In DC)