Former Ambassador to the U.N. Nikki Haley went after Democrats for their lack of faith in America during a speech at the Ronald Reagan Presidential Library on Tuesday night.

“Anger toward America is now the bedrock belief of the American left,” she added. “We’ve reached a place where the President and Vice President of the United States routinely accuse America of ‘systemic racism.'”

Haley reiterated her belief the U.S. is not a racist country and cited her own experience as “a brown girl in a black-and-white world.” She acknowledged America had its flaws but said Democrats were wrong to think those faults were “more profound than its strengths.”

“They deny the massive progress we’ve made, and they punish anyone who disagrees,” she said, arguing Democrats left behind the “unifying” message of former president Barack Obama and had “given up on America as a colorblind society.” 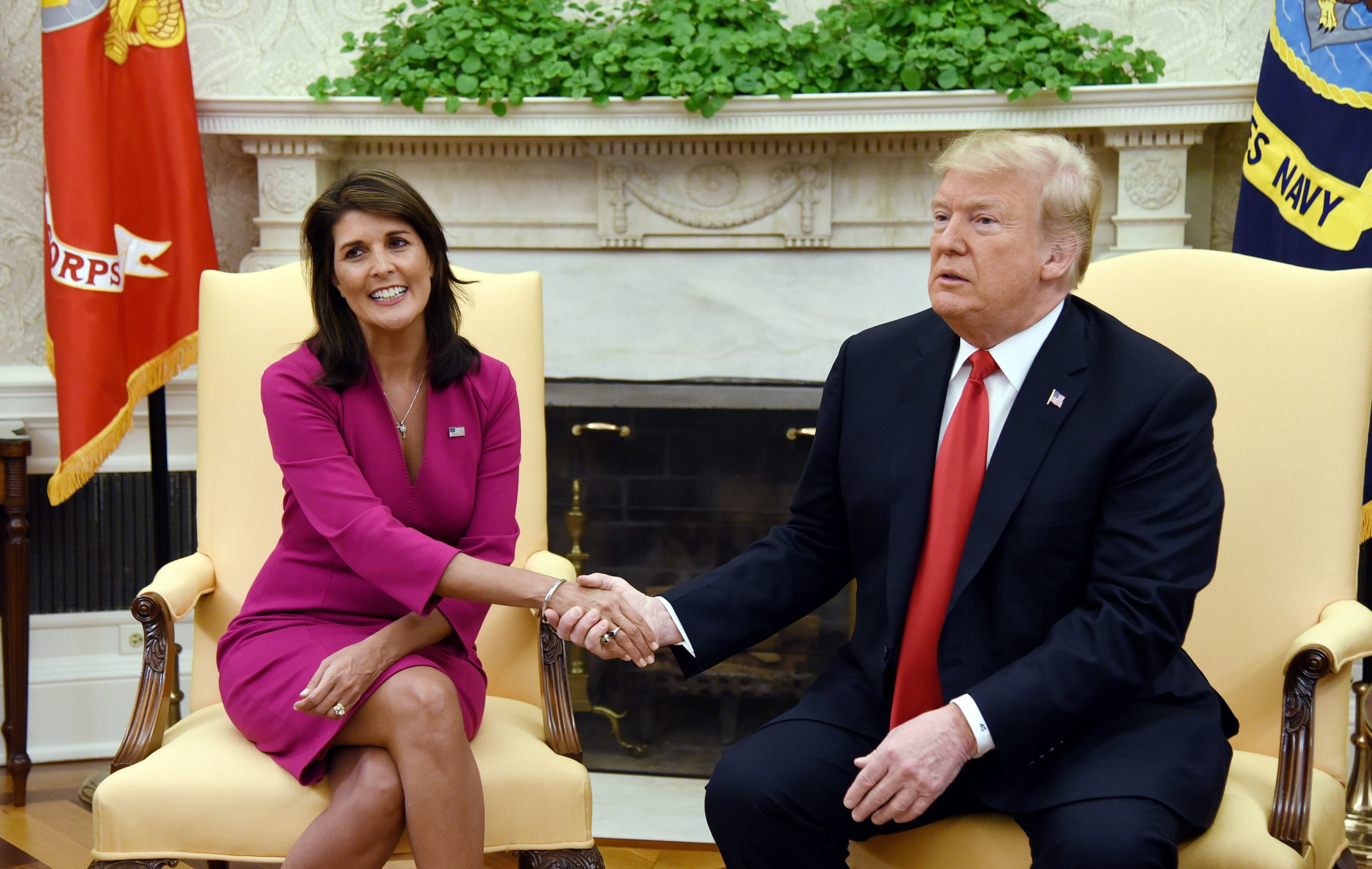 US President Donald Trump shakes hands with Nikki Haley, the United States Ambassador to the United Nations in the Oval office of the White House on October 9, 2018 in Washington, DC. (Photo by OLIVIER DOULIERY/AFP via Getty Images)

She quoted then-Senator Obama’s speech at the 2004 Democratic National Convention, where he stated “there is not a black America and a white America, a Latino America and an Asian America. There’s the United States of America.”

“Can you imagine any prominent Democrat making that statement today?” she asked. “I can’t.”

The path forward for Republicans, she said, is to capitalize on that unifying message, because “that message was our message first.” (RELATED: Andrew Yang ‘Breaking Up’ With Democrats)

Haley also criticized Biden’s handling of the Afghanistan withdrawal, arguing it has made America less safe and that it “didn’t have to be this way.”

“Joe Biden pulled everything out with no conditions,” she said. “Our worst fears were realized within days. Everyone saw it coming, except the president, who promised it would never happen. Where I come from, that’s a fireable offense.”

The deal to withdraw from Afghanistan was negotiated by the Trump administration, though Haley had left her U.N. ambassador position by that point, and had an original deadline to leave of May 1, 2021, before the Biden administration pushed it to Sept. 11.

Though the Taliban broke conditions of the agreement, the Biden administration continued to pursue the withdrawal.

“America is in greater danger today than we were just three months ago,” Haley said. “Joe Biden thinks retreat is a sign of strength. He doesn’t even realize that his actions have told the world that America is too weak to stand up for itself.”