Taiwan needs to be “on alert” after a record number of Chinese aircraft flew into the country’s defense zone on Monday, Premier Su Tseng-chang told reporter, Reuters reported.

“Taiwan must be on alert. China is more and more over the top,” Su said Tuesday, Reuters reported. “The world has also seen China’s repeated violations of regional peace and pressure on Taiwan.”

China sent 52 warships into the defense zone on Monday, representing the largest incursion since Taiwan began recording such data in 2020, with about 380 aircraft incursions into the country throughout the first year.

President Tsai Ing-wen said other countries need to work with the island as China becomes more aggressive, warning of “catastrophic” consequences if Taiwan were to fall. “It would signal that in today’s global contest of values, authoritarianism has the upper hand over democracy,” she wrote in Foreign Affairs on Tuesday.

China considers Taiwan to be its “sovereign territory” and has previously stated Taiwanese independence “means war.” It blamed the U.S., which provides arms to Taiwan and is the country’s most important backer in the international community, for the incursion, Reuters reported. 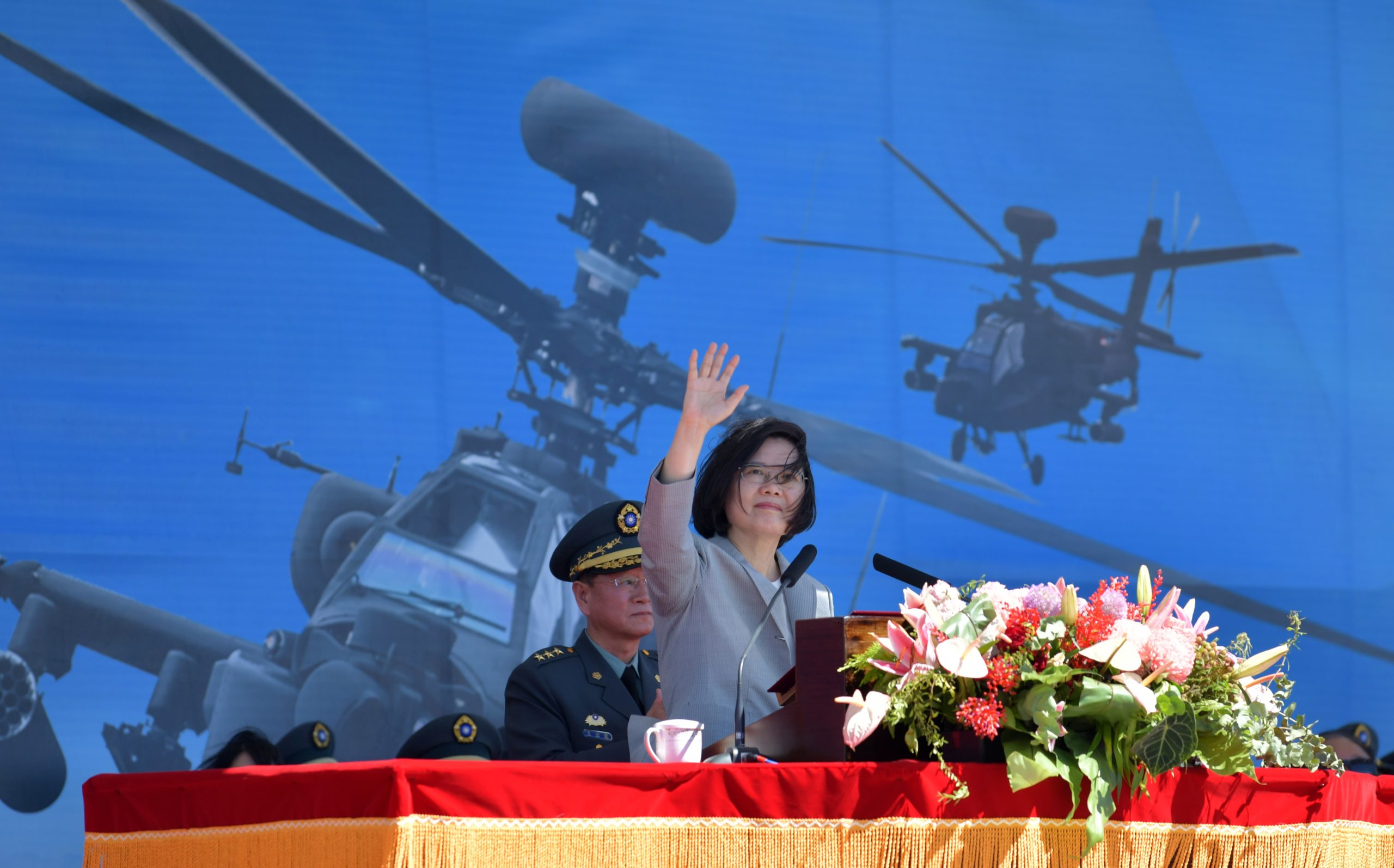 Taiwan’s President Tsai Ing-wen waves during a ceremony to commission new US-made Apache AH-64E attack helicopters at a military base in Taoyuan on July 17, 2018. (Photo by SAM YEH/AFP via Getty Images)

“The military activities carried out by the Chinese People’s Liberation Army in the Taiwan Strait are necessary actions to address the current security situation in the Taiwan Strait and to safeguard national sovereignty and security,” Chinese Defense Ministry spokesman Wu Qian said at a news briefing in January, Reuters reported.

Taiwan labeled China as the “chief culprit” of the situation, with Su stating Taiwan needed to “strengthen itself” and become unified, Reuters reported. “Only then will countries that want to annex Taiwan not dare to easily resort to force. Only when we help ourselves can others help us,” he said.

“If its democracy and way of life are threatened, Taiwan will do whatever it takes to defend itself,” Tsai wrote. (RELATED: ‘They Are All Scared To Death’: Rep. Fitzpatrick Says Allies Are Questioning America’s Commitment)

“Amid almost daily intrusions by the People’s Liberation Army, our position on cross-strait relations remains constant: Taiwan will not bend to pressure, but nor will it turn adventurist, even when it accumulates support from the international community,” she added.