A group of Senate Republicans, along with the House Freedom Caucus, have penned a letter to top healthcare officials in the Biden administration accusing them of downplaying the importance and utility of early COVID-19 treatments, the Daily Caller has learned.

“Even though a basic tenet of medicine is: early detection allows for early treatment which produces better results; your agencies have overtly discouraged the use of cheap and widely-available early treatments like ivermectin in favor of expensive new drugs like Remdesivir,” the letter reads. 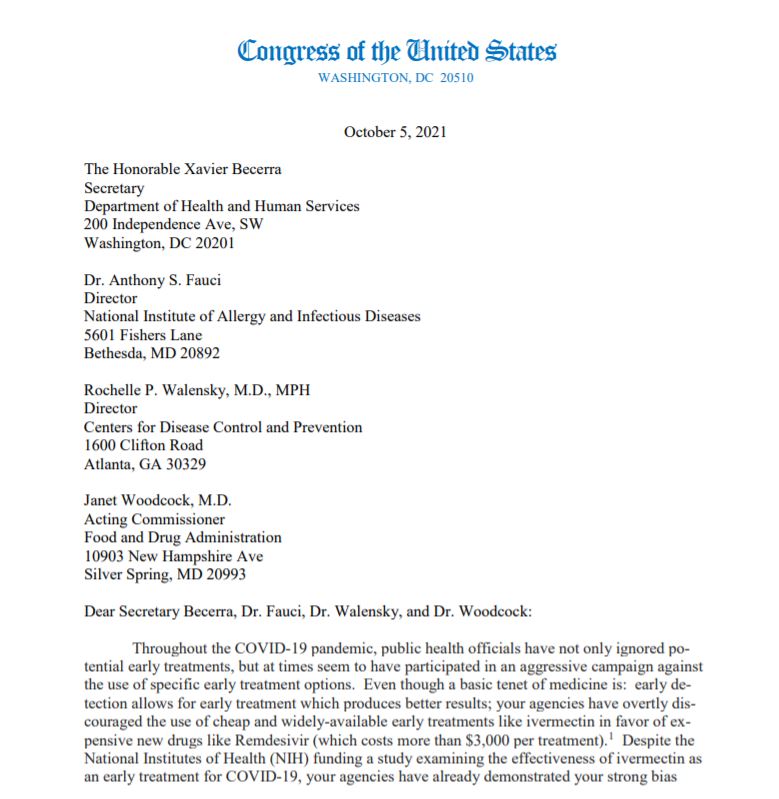 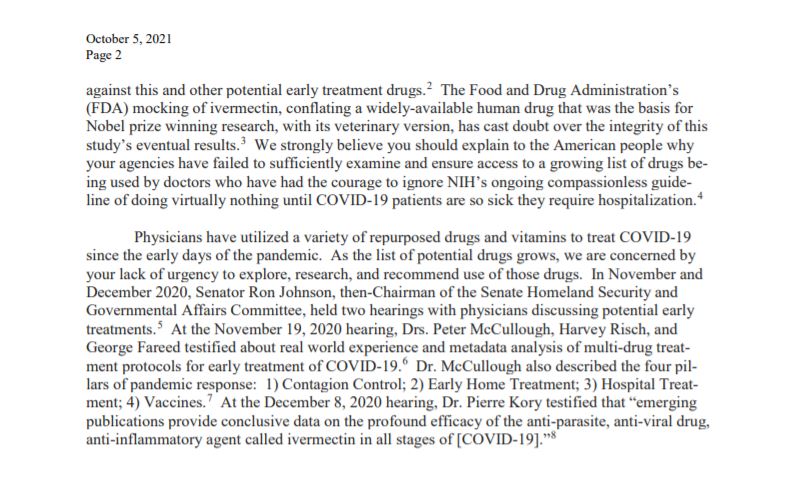 The lawmakers ask the officials to explain why they believe Ivermectin poses a health risk as opposed to being a safe, effective treatment for COVID-19, to list all early COVID-19 treatments the federal government has examined and the funding invested to study each and why the inhaled steroid budesonide has not been approved to treat COVID-19 in the U.S. despite promising clinical results and regulatory approval in the United Kingdom.

“I have been a strong advocate for early treatment since March, 2020. As Chairman of the Senate Homeland Security and Governmental Affairs, I held two hearings on early treatment in November and December of 2020. Dr. Pierre Kory’s powerful testimony on ivermectin was censored and removed from YouTube,” Sen. Johnson told the Daily Caller. “Big Tech could have played a helpful role facilitating a free exchange of medical information as doctors with the courage and compassion to treat Covid patients desperately sought it. Instead, they censored and suppressed information.”

“Our federal health agencies failed to robustly explore and research early treatment options and have not been transparent with the American people,” Johnson continued. “This combination of censorship and dereliction in developing early treatment has tragically resulted in an untold number of lost lives.”

House Republicans previously wrote Dr. Fauci in July demanding answers on his knowledge of Ivermectin and Hydroxychloroquine as potential early treatments of COVID-19. The FDA granted emergency approval to Hydroxychloroquine for COVID-19 treatment in March 2020, before withdrawing approval in June 2020.

Ivermectin has been the subject of controversy for several months after some cases of Americans taking the veterinary version of the drug and experiencing serious side effects received widespread media attention. The human version of the drug has been prescribed by some doctors as a therapeutic for COVID-19.