White House Press Secretary Jen Psaki dodged questioning on Wednesday as to whether the U.S. should have done more to keep control of Bagram Air Base after reports the Taliban released the suicide bomber who would go on to kill over a dozen U.S. service members and scores of Afghans.

The jihadist, Abdul Rehman, was released from Bagram on Aug. 15, days before killing 13 U.S. service members and dozens of Afghan civilians in Kabul, FirstPost, an English-language news site based in India, reported. He was released alongside thousands of other prisoners when the Taliban took control of the prison.

“Well, I can’t speak to the specific case, I’d … leave it to the intelligence community to speak to that,” Psaki said when asked about reports. “I’d remind you that, as it relates to Bagram, there was a decision made to close Bagram because it wasn’t strategically in the interest of the United States and our national security to keep it open.”

When asked if the administration would have still chosen to close with the information they have now, Psaki again referred the reporter to the intelligence community. 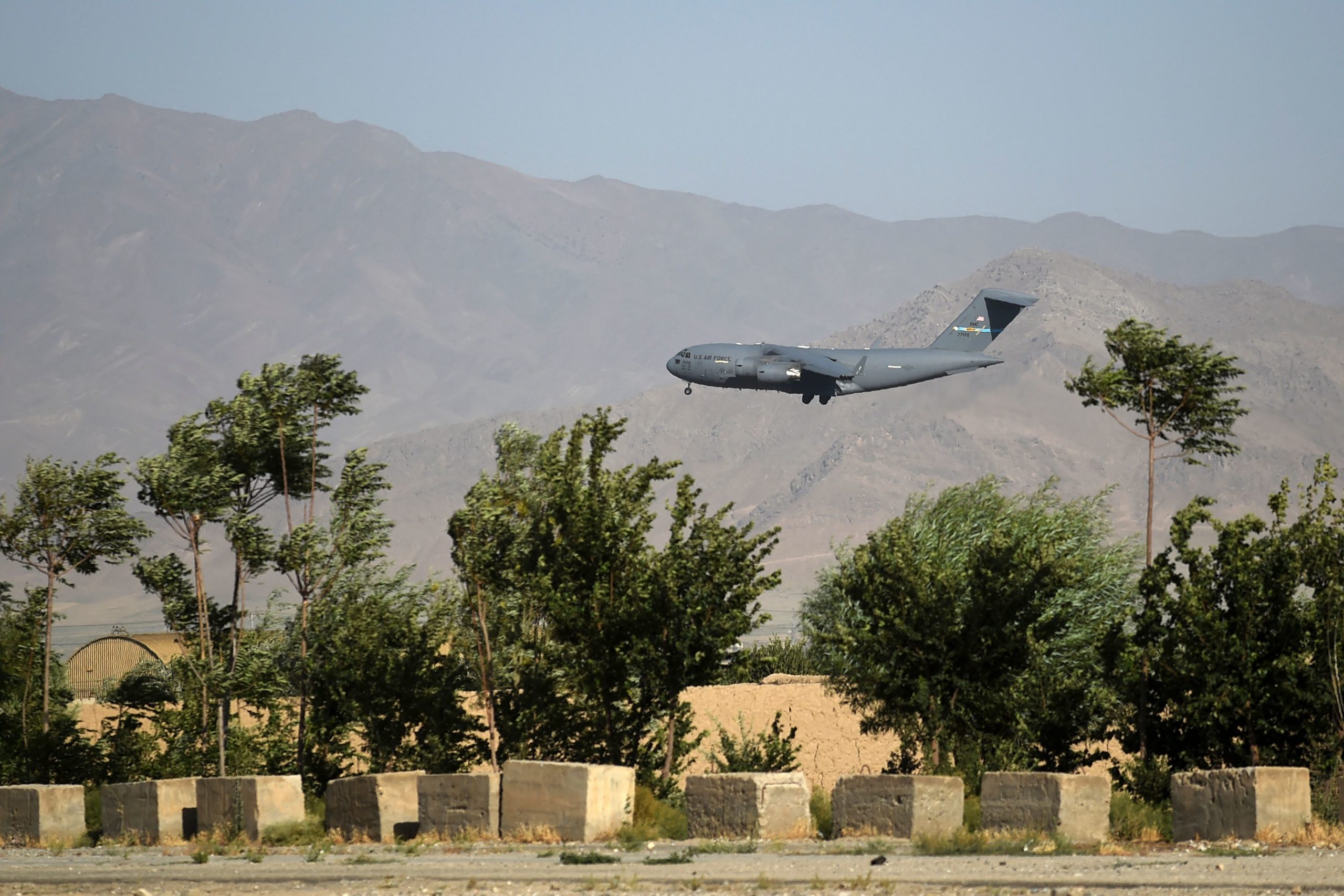 A US Air Force transport plane lands at the Bagram Air Base in Bagram on July 1, 2021. (Photo by WAKIL KOHSAR/AFP via Getty Images)

The decision to abandon Bagram Air Base was met with criticism even before news broke of the suicide bomber’s release, due to the chaos that unfolded as the U.S. scrambled to evacuate Americans and Afghan allies from Hamid Karzai International Airport.

“How did this get so mismanaged?” Republican Rep. Adam Kinzinger asked in August. “Bagram was a secure military installation with a gigantic airfield. Can you imagine if we still had that?”

Rehman was sent to Bagram after his arrest in India for his involvement in an Islamic State plot to stage suicide bombings in New Delhi and other cities in the region, FirstPost reported. (RELATED: China Reportedly Mulls Takeover Of Bagram Air Base After Hasty US Withdrawal)

“America’s disorganized retreat from Afghanistan has led to hundreds of highly-competent and highly-committed terrorists being set free to rejoin the Islamic State, al-Qaeda and other terrorist groups,” one officer who worked on Rehman’s case told FirstPost.

“Literally a decade’s work on counter-terrorism has been undone by the US’ failure to secure key prisoners in Bagram,” he added.