The White House proposed environmental regulations that would scale back Trump administration reforms and likely slow down future infrastructure projects.

The Biden administration laid out “three important changes” Wednesday that would affect how the federal government enforces the 1969 National Environmental Policy Act (NEPA). NEPA, signed into law by former President Richard Nixon, is a broad law that requires federal agencies to review the environmental impacts of their infrastructure projects before approving the projects.

The proposed rule would reverse changes that former President Donald Trump made to NEPA, which aimed to streamline environmental reviews and accelerate infrastructure projects. For example, under the new regulations, federal agencies would be empowered to take a much broader approach toward assessing the environmental impact of any given project.

“The basic community safeguards we are proposing to restore would help ensure that American infrastructure gets built right the first time, and delivers real benefits – not harms – to people who live nearby,” Council on Environmental Quality Chair Brenda Mallory said in a statement. (RELATED: Business, Industry Leaders Urge Congress To Pass Bipartisan Infrastructure Bill)

“Patching these holes in the environmental review process will help reduce conflict and litigation and help clear up some of the uncertainty that the previous administration’s rule caused,” Mallory added.

Experts and pro-infrastructure groups, however, slammed the proposals, arguing that they would be counterproductive to the administration’s own infrastructure priorities. President Joe Biden has aggressively pushed infrastructure reform and endorsed the Infrastructure Investment and Jobs Act, a bipartisan bill that would invest $1 trillion in projects nationwide. 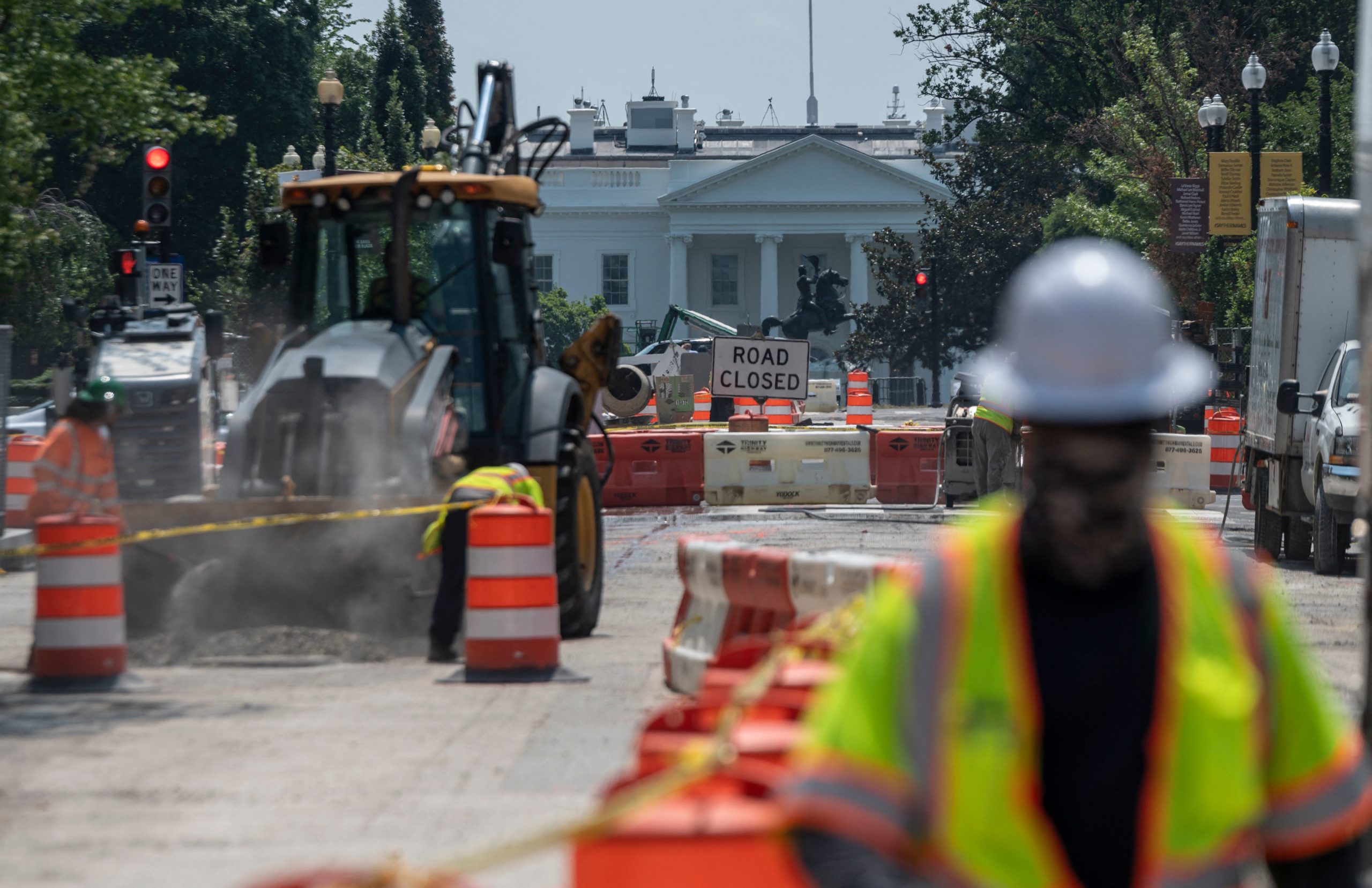 Construction workers repair a street near the White House in Washington, D.C. on Aug. 10. (Andrew Caballero-Reynolds/AFP via Getty Images)

“The effects of rescinding those changes would be to once again open up NEPA to become a vehicle of never-ending litigation that would delay the very infrastructure improvements that this administration says they want to undertake,” Heritage Foundation Senior Research Fellow Diane Katz told the Daily Caller News Foundation.

“If you want infrastructure improvement, then why would you want to implement one of the primary sources of delay and protracted litigation that kept these improvements from being made to begin with,” she continued. (RELATED: Pelosi Punts: Infrastructure Vote Pushed To The End Of October)

Katz, who testified about NEPA before the House Committee on Oversight and Government Reform in 2018, authored multiple papers arguing that the law should be repealed. NEPA has led to arbitrary standards and politicized enforcement, Katz wrote in an August 2020 paper applauding Trump administration changes.

Trump signed several executive orders directed at expediting the environmental review process, making a single federal agency in charge of individual reviews and removing some causes of costly review delays, according to a recent National Taxpayers Union brief. In 2020, Trump issued a series of reforms modernizing NEPA, which forced agencies to complete reviews within one or two years.

“The clock is ticking,” Katz told the DCNF. “Taxpayers are paying the bill for the amount of time that the agency has to spend on these reviews, the cost of the infrastructure project, the loss of the benefit that they’re not getting. And that can be either in dollars or in lives saved.”

“The fact is: Trump’s reforms would help advance the very infrastructure programs and improvements that this administration says it wants to make,” she added. 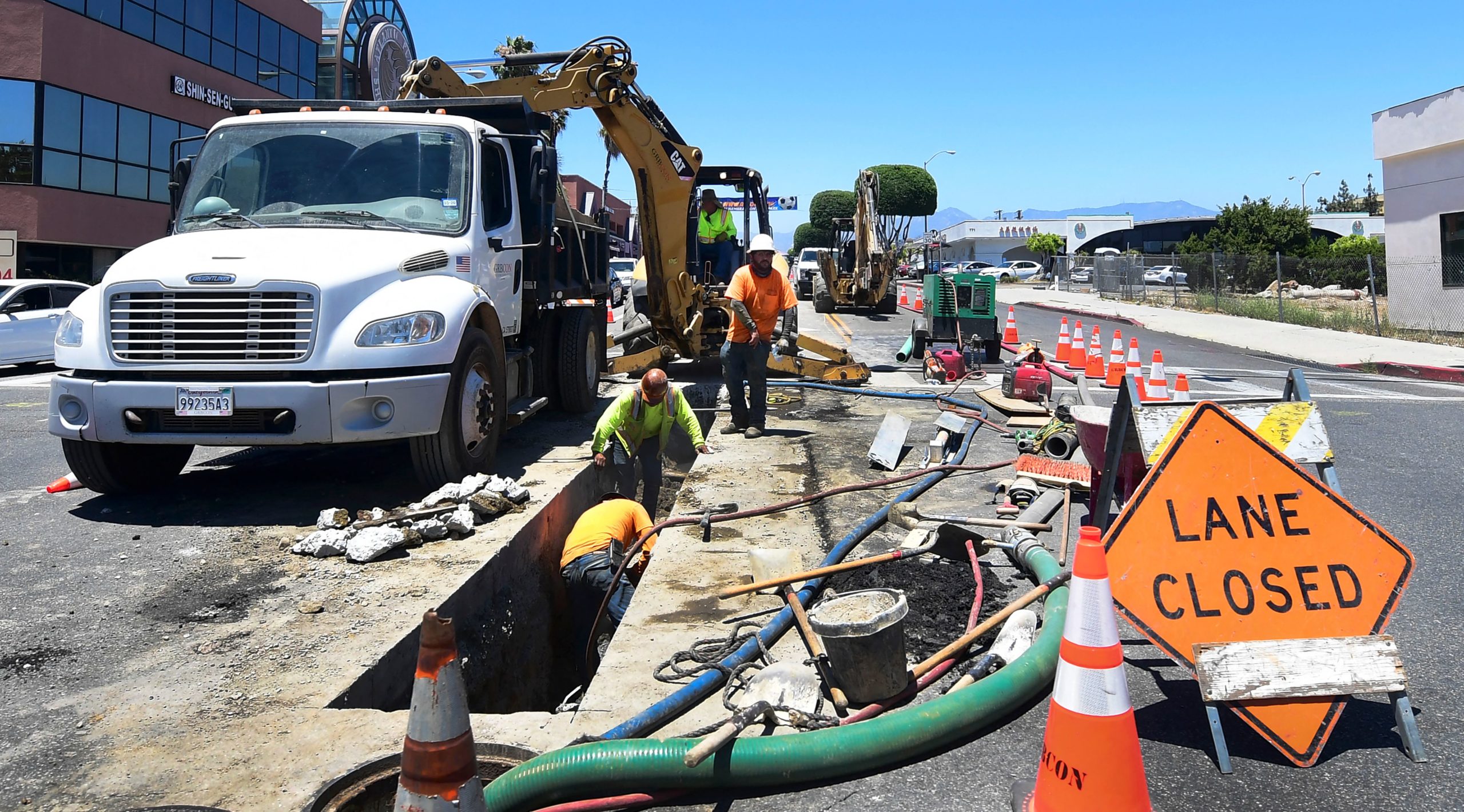 Reviews conducted by the Federal Highway Administration have historically taken seven years on average to complete, according to Nick Goldstein, vice president for regulatory affairs at the American Road & Transportation Builders Association, which supported Trump’s 2020 reforms. If such lengthy reviews continued to be the norm, projects included in the bipartisan infrastructure bill making its way through Congress wouldn’t receive approval until 2028.

“We want to build back sooner and we want to build back more efficiently,” Goldstein told the DCNF in an interview. “Now’s not the time to be adding on in a way that will add more time to the legal process.” (RELATED: ‘Inexcusable’: Kyrsten Sinema Accuses House Democrats Of Holding Infrastructure Bill Hostage)

“NSSGA is concerned that proposed changes outlined today by the Biden Administration will create more red-tape and lead to decades-long litigation,” Stanley told the DCNF in a statement. “Ultimately, this will delay implementation and drive up federal costs of key projects that are essential to improving our environment, bolstering communities and keeping America competitive.”

Chamber of Commerce Vice President for Environment and Regulatory Affairs Chad Whiteman said in a statement that the White House’s proposal Wednesday “will only serve to slow down building the infrastructure of the future.”