Dear, Katie, I’m a feminist dedicated to dismantling the patriarchy. Lately, I’ve been having trouble getting men to pay attention to me and my cause for longer than it takes to get in my pants. What am I doing wrong? — signed, Perpetually Single In Brooklyn

Look, dating can be tough no matter who you are, but for a lifelong feminist, I’m sure there are different kinds of obstacles. So I’ve come up with a few points you should consider.

Don’t be so focused on breaking the glass ceiling that you avoid the idea of liking men. Feminists have been told from a very young age that if they want to support the cause, they have to spend a whole lot of time on their career and not a lot on finding a mate for life. So, other than maybe meeting someone at work, which is a good way to get in trouble with human resources, that doesn’t leave a whole lot of time for getting out in the world.

Also, if a woman shoots down everything a man does as misogynistic or sexist, that’s not going to really lead to a man asking them to spend the rest of their lives together.

It doesn’t take a rocket scientist to ascertain that if one constantly feels they are hated in a relationship, the other person, male in this case, is pretty much going to get tired of that.

Second, maybe (hold your nose and) GO TO CHURCH (RELATED: Here’s A List Of Democrats Who Have Attacked Amy Coney Barrett For Her Faith)

Men who are dedicated and identify with an actual community, not a movement, but a community, are more likely to be dedicated to you and having a family. Plus, most major religions celebrate marriage, men, women and family.

See where this could lead? 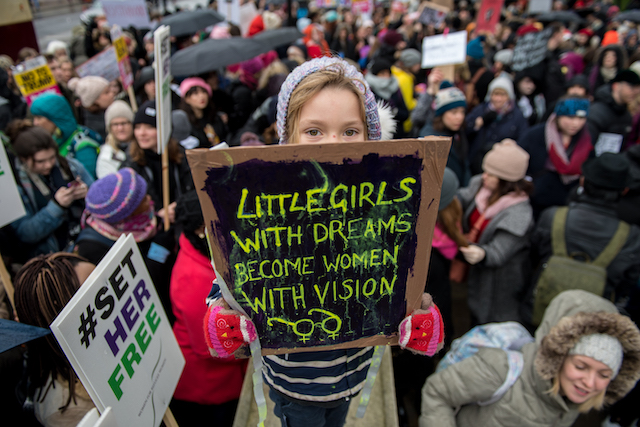 Third, dismantling the patriarchy may be good for a bumper sticker, but it isn’t a substitute for a personality (RELATED: ‘Biology Is Not Bigotry’: Republican Lawmakers Rebuke ‘Equality Act’ Over Transgender Policies, Abortion Mandates)

Believe it or not, there’s not much overlap between single men and “fighting to dismantle the patriarchy.” If a woman dedicates her entire time to “dismantling the patriarchy,” she won’t be able to cultivate her other skills and features of her personality.

Plus, I may have never tried to cuddle up with a bumper sticker on a cold winter night, but I can say with 100% certainty that a man is a much better option. 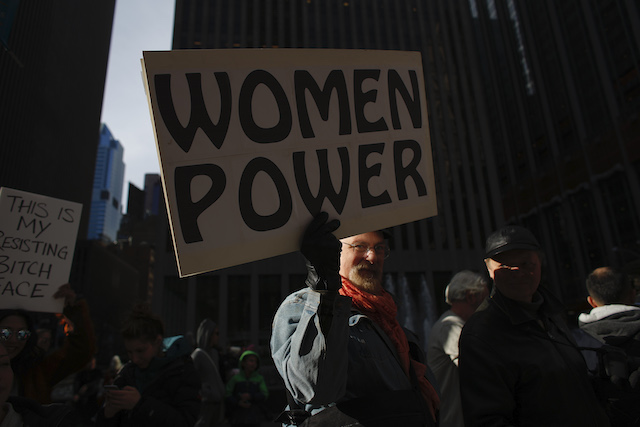 This goes along with taking a day off from fighting the patriarchy. Upsetting power systems has a long and storied tradition in America, but when it comes to relations with the opposite sex, don’t make it a struggle session. There really are two genders and you should embrace our wonderful differences.

Subverting them because your women’s studies teacher said so is most likely not going to get you anywhere. If you are lucky enough to have a man do something as simple as hold open a door for you when you are loaded up with groceries, just say thank you. It’s not a sign of weakness, but a kind gesture. We could honestly use more of it in today’s society.

And stop assuming the worst in men. Men, despite what other feminist might tell you, are by nature the protectors, the strong ones in times of difficulty. Let them be. All of us women, no matter which way our politics lean, have a huge load on our shoulders, if someone is truly interested in lifting one of those burdens it can do wonders for your outlook on life. 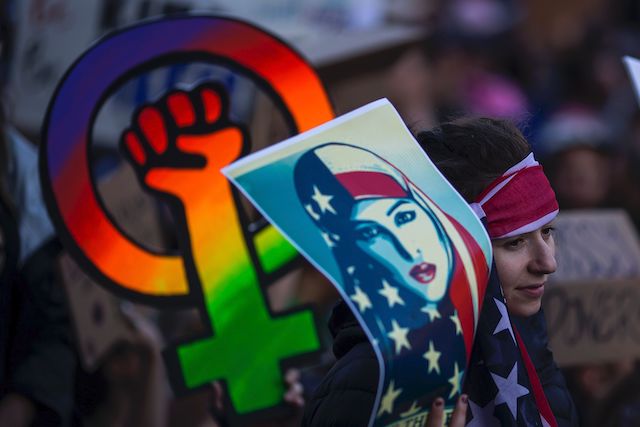 Fifth, stop looking for a FANTASY

Speaking as a married woman, I can say that accepting that one’s mate isn’t perfect and not putting them on a pedestal can do wonders for a budding and mature relationship.

Truth talk here, none of us are perfect, so searching for an unreal expectation of what you’ve seen on the big screen in your favorite romantic comedy is going to leave a person searching for a very long time and no one to share that giant bucket of popcorn with.

Sixth, there’s a TIME and a PLACE in your life for hooking up…it’s not forever

This one seems pretty self-explanatory. If a feminists is more interested in hooking up with lots of people, without working on finding a person and then feeding that relationship and allowing it to grow, marriage isn’t going to be in the cards. There are plenty of statistics about how much harder it is to find a mate in one’s late 30s than it is a decade earlier.

Also, being a mom isn’t a bad thing, despite what your women’s studies professor says. Finding that person who wants to be with you despite whatever baggage you have brought into the relationship is life-changing. Having a chance to create a family with them is icing on the cake.