An Afghan father and ally to American military operations in the country sued the U.S. in an effort to reunite with his two sons who are in hiding in Afghanistan, the Associated Press reported on Thursday.

Mohammad decided to request asylum in the U.S. after the Taliban sent a death threat to his home in Afghanistan where his wife and two sons were in 2019, according to the AP. He petitioned for visas for his wife and children before she died of a heart attack in 2020, forcing his sons to go into hiding with their grandmother and uncle.

Mohammad told the AP he just wants “one hug” from his children and that he regrets working with U.S. forces. He asked that his last name not be used for his relative’s safety. 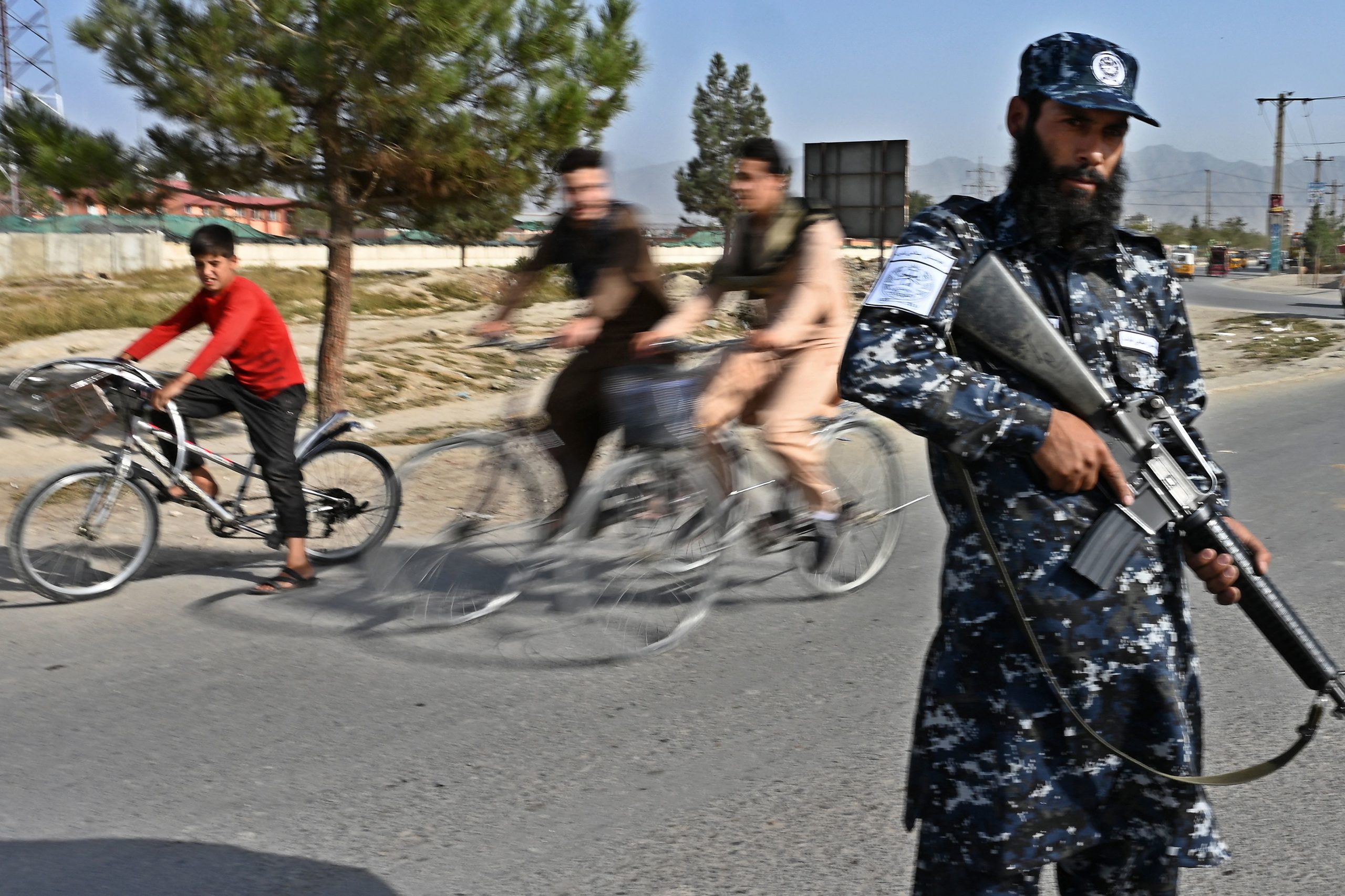 In this picture taken on October 3, 2021, a Taliban fighter working as part of a police force stands guard at a road checkpoint in Kabul. (Photo by WAKIL KOHSAR/AFP via Getty Images)

Lawyers with the International Refugee Assistance Project representing Mohammad filed the lawsuit against Secretary of State Antony Blinken in a San Francisco federal court, the AP reported. They argued that the administration violated the Afghan Allies Protection Act by not helping Mohammad’s family members.

“At this point the government has known since mid-August at minimum that these kids are alone and in serious danger, and they didn’t take any action to protect them,” International Refugee Assistance Project attorney Alexandra Zaretsky said, the AP reported. (RELATED: At Least 30 Afghan Children Have Come To The US Alone)

Mohammad asked the federal government to allow his children on one of the evacuation flights from the country as U.S. forces withdrew, but they didn’t make it out of the country, according to the AP. He also appealed for humanitarian parole for his sons and didn’t hear back from the State Department.

“I’m giving them hope whenever I am talking to them, but I’m also thinking, ‘But is this even possible? Are they ever going to be reunited with me here?” he told the AP. Mohammad said he communicates with the boys every day through text messages and phone calls.

Mohammad was issued a special immigrant visa in January and his sons’ applications are still pending, the AP reported.