Turning Point USA’s chapter at Emerson College has been suspended pending an investigation into alleged violations of the college’s Code of Community Standards.

“Effective immediately your organization cannot hold events on campus, this includes but is not limited to hosting programs, meetings and/or tabling,” an Oct. 1 letter signed by Julie Rothhaar-Sanders, the college’s director of Community Standards said. The letter accused the group of being involved in “Bias Related Behavior” and “Invasion of Privacy.”

The TPUSA chapter denied the charges, claiming in an Oct. 1 Twitter post featuring a video by the chapter’s vice president that they were criticizing the Chinese government when they had stickers saying, “China Kinda Sus.” The chapter vice president described herself as a Singaporean of Chinese descent.

Andrew Kolvet, a spokesman for Turning Point USA, told the Daily Caller News Foundation that the chapter’s vice president was Chinese-Singaporean, and said that given that one of the members of the chapter was of Asian descent and endorsing the merchandise “sort of strikes against the anti-Asian rhetoric.”

Kolvet noted that the graphic on the sticker clearly had imagery connected to the Chinese Communist Party and that it was based on the video game “Among Us,” in which players try to figure out who the bad guy is. “You’re kinda sus” is the phrase used to accuse a player of being the bad guy. 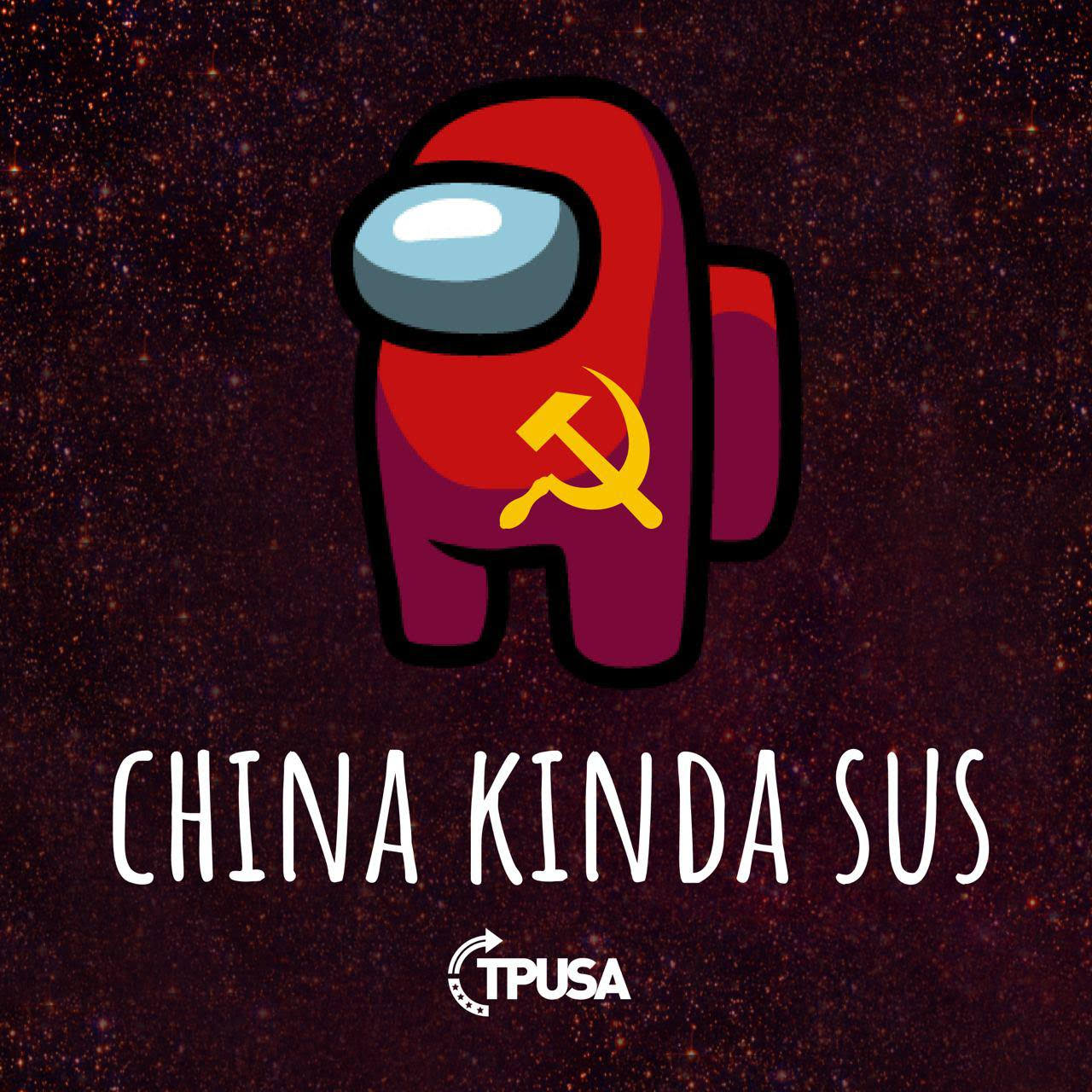 The “China Kinda Sus” sticker that members of the Turning Point USA chapter at Emerson College were selling. (Courtesy of TPUSA)

“It is a critique of the Communist Party that rules over China and which is guilty of numerous human rights violations,” Kolvet went on to say.

The Daily Caller News Foundation reached out to Emerson College for comment, but spokeswoman Michelle Gaseau said, “The College has no additional information to share at this time.”

The Foundation for Individual Rights in Education (FIRE) has intervened on behalf of the embattled TPUSA chapter, according to an Oct. 5 release.

.@EmersonCollege suspended a chapter of @TPUSA b/c members passed out stickers critical of China’s government that read, “CHINA KINDA SUS” — slang for “suspicious.”

Students must be free to criticize governments!

Emerson must drop its investigation NOW!https://t.co/U2hOKh7OnL

“This investigation will cause students and faculty to suspect that their rights mean nothing to the college. Emerson must make this right by immediately dropping the investigation and affirming that criticism of a foreign government is not discriminatory harassment,” FIRE attorney Adam Steinbaugh wrote in a letter to the college.