President Joe Biden’s poll numbers are tanking, especially among independent voters. The American people do not like weak leaders, and they do not like the craziness that’s infiltrating their daily lives.

Biden campaigned as someone who could bring the country together. Since taking office, he’s made no effort to do that. Instead, he has continually conceded to his party’s far-left wing, which is growing crazier by the day. It’s not clear if Biden is just too weak to take them on or if he is buying into their craziness, but either way, people are not happy. The Democrats are somehow making the Republicans seem appealing again to your average non-politically aligned voter. Given the current disarray in the Republican Party, this was a tall task. It’s almost as if the two parties are competing to see who can turn off the middle more. This week, the Democrats are in the lead. Their policies are so crazy not even their allies in the dominant corporate media can succeed in selling them. 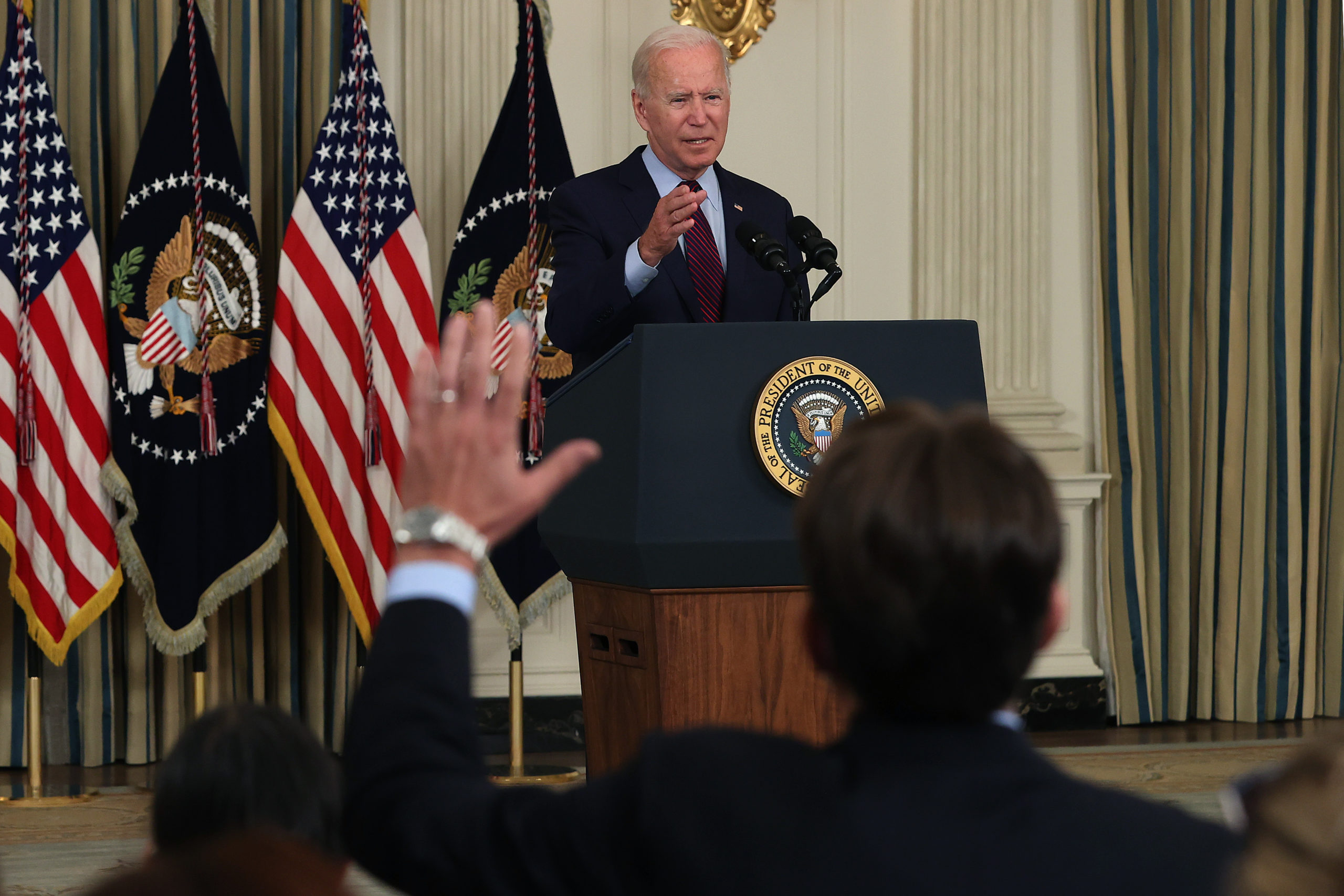 WASHINGTON, DC – OCTOBER 04: U.S. President Joe Biden takes questions from reporters after delivering remarks about the need for Congress to raise the debt limit in the State Dining Room at the White House on October 04, 2021 in Washington, DC. (Photo by Chip Somodevilla/Getty Images)

First, the numbers: Quinnipiac University is a major polling outlet not known for a bias. In their latest poll, Biden’s overall job approval has plummeted down to 38% from highs in the mid-50s earlier in his presidency. Things look even worse for Biden when you look at the complete collapse of his support from political independents, who now disapprove of him by a 60%-to-32% margin. (RELATED: Biden’s Approval Rating Tanks Again In Latest Poll)

It gets worse yet again when you look at key issues independent voters really care about. On the economy, Biden’s underwater by 28 points. On taxes, by 30. On immigration overall, Biden is down 48 points among independents with only 22% approving, versus 70% disapproving. On Mexican border matters, it’s even worse, with a net negative of 55%. Sixty-three percent of independents don’t think Biden is a good leader, versus only 34% who do. Finally, only 35% of independents think the Biden administration has been competent running the government, versus a whopping 62% who think they are incompetent.

It’s not a pretty picture.

How did Biden squander all his popularity? It’s not hard to see when you analyze each issue.

On immigration and border security, the hard left is in favor of open borders. Biden claims to disagree with this view, but the policy changes he’s put in place since coming to office have obliterated any semblance of security America had on the southern border. Millions of migrants are crossing illegally. The U.S. government doesn’t even know the real number, and it also does not know how many terrorists or criminals are crossing or how much deadly fentanyl is making it across with so little resistance. People don’t want this.

On economic issues, the socialist wing in the Democratic Party is firmly in charge of the agenda in Washington. The new policies they are trying to ram through Congress will add trillions of dollars in new spending and taxes. Somehow, Biden seems to have been convinced that ramming through this level of increased government involvement in our economy will make him a historic leader. Nobody voted for this. Certainly, the many independents who voted for Biden to help heal a broken country did not sign up for it. The hard left is harassing the two Democratic senators who stand in the way of the socialists, and Biden is passively watching it happen. 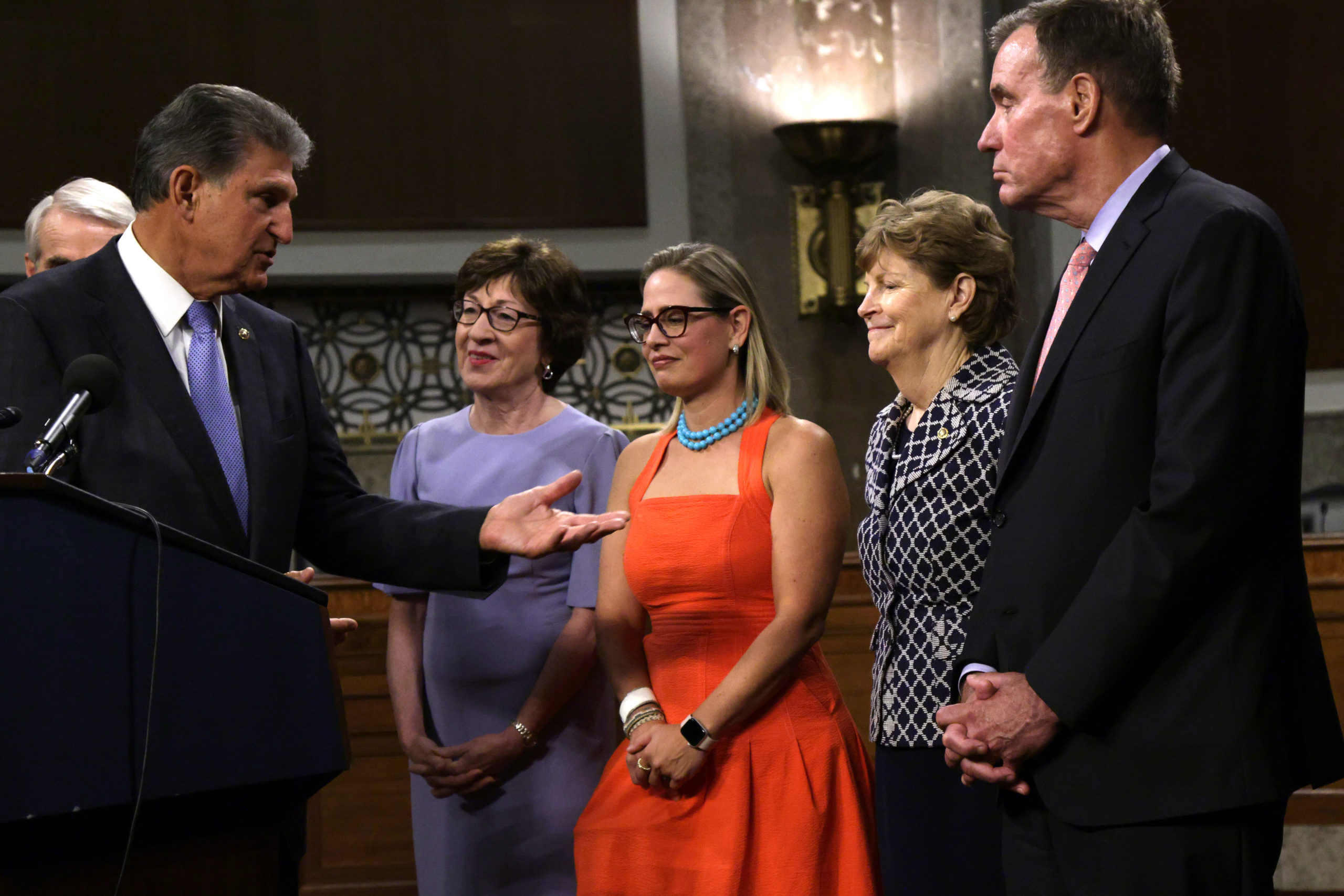 The situation in American schools is out of control. Radicals are instituting programs and curricula that are most accurately described as racist in school districts across the country. A school in Buffalo, New York, for example, prescribed a curriculum including Marxist teachings on “disrupting the Western-prescribed nuclear family structure.” A private school in New York City even encouraged its students to stop using the terms “mom” and “dad.”

And racial segregation is back. Its advocates this time are so-called anti-racists, as opposed to the traditional brand of racist who used to advocate for such policies. The results are the same. A school in Madison, Wisconsin, for example, segregated students and parents by race into so-called affinity groups for class discussions. And in Wellesley, Massachusetts, the public school hosted an event pushing a so-called healing space available only to minority students. The school did not try to hide its overt racism: “Note: This is a safe space for our Asian/Asian-American and Students of Color, not for students who identify only as White.”

Parents are understandably up in arms over these attempts by radical educators to brainwash their children with Marxist thought or even overt racism. They have taken to school boards in record numbers to push back. The Biden administration’s response? This week, the attorney general sent a memorandum to the FBI and federal prosecutors asking them to work with local law enforcement to crack down on parents protesting school board actions. Nobody is in favor of parents threatening or committing violence against teachers, but the memorandum was worded so broadly as to be reasonably viewed as itself an attempt to intimidate parents away from questioning the radical ideologies being imposed on students across America.

Biden has earned his unpopularity through some combination of weakness and incompetence. The left wing of the Democratic Party has gone firmly out of the American mainstream in several policy areas. Instead of standing up to this fringe, Biden and the party have been catering to the socialists. It’s not clear if they do this because they agree with the insanity or they are too weak to oppose it, but either way, the good news is the American people are not buying it.