At least 100 people were reportedly killed or injured after an explosion at a Shiite Muslim mosque in Kunduz, Afghanistan, a Taliban official said, the Associated Press reported on Friday.

No group has claimed responsibility for the attack yet, though Islamic State militants typically target the Shiite Muslim minorities in the country, according to the AP. A suicide bomber embedded with worshipers might have committed the attack, Kunduz Province Deputy Police Chief Dost Mohammad Obaida said.

The “majority of them have been killed,” Obaida said, according to the AP. “I assure our Shiite brothers that the Taliban are prepared to ensure their safety.” 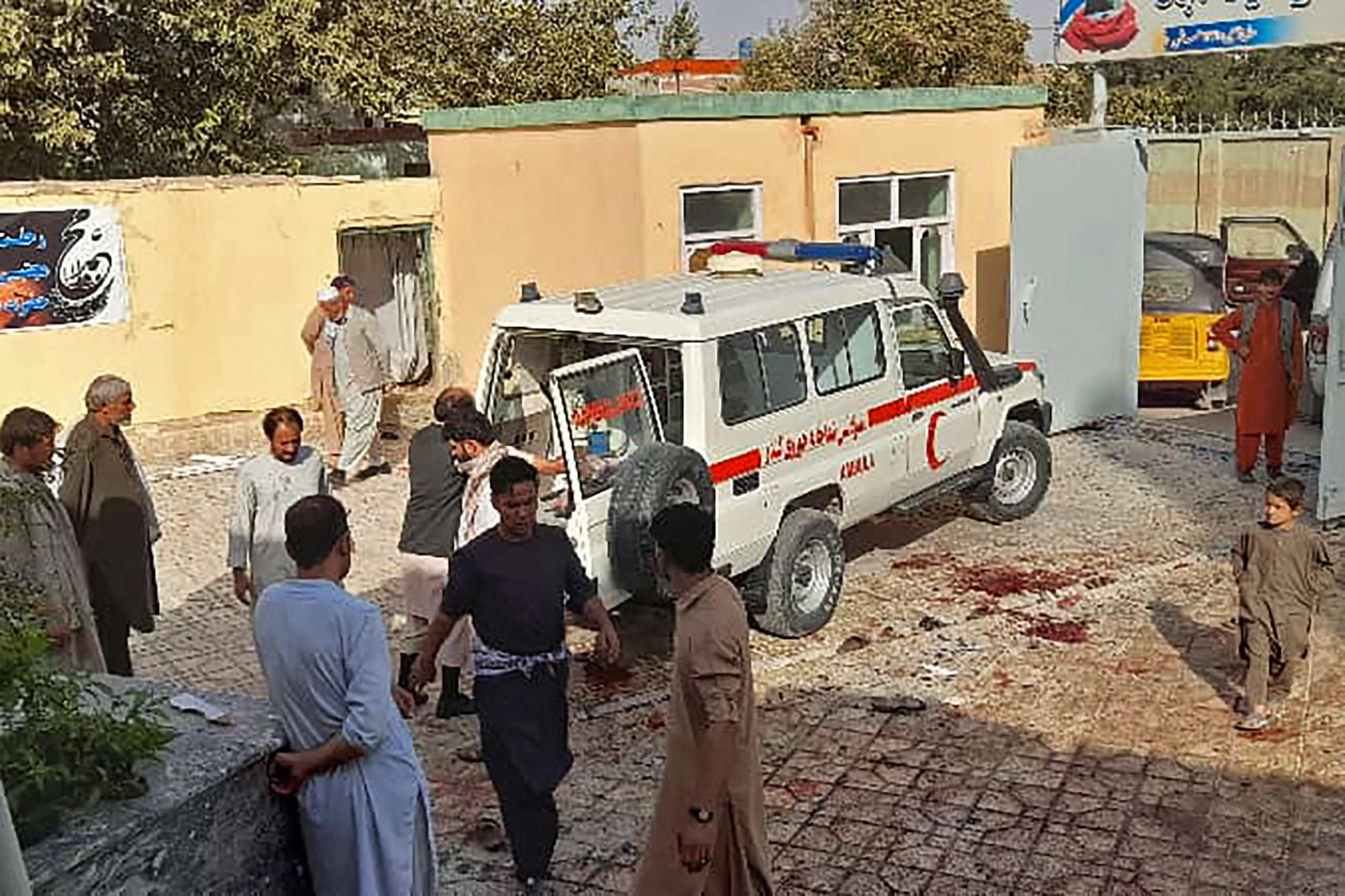 Afghan men stand next to an ambulance after a bomb attack at a mosque in Kunduz on October 8, 2021. (Photo by – / AFP) (Photo by -/AFP via Getty Images)

The explosion occurred during a regular Friday noon prayer service, a time when mosques are usually busy because the prayer service is a major event in the Muslim religious week, according to the AP. Photos and videos from the mosque showed stairs covered in blood and people carrying a body wrapped in a blanket to an ambulance.

Taliban Chief spokesperson Zabihullah Mujahid said the attack targeted the Shiite mosque and Taliban forces at the scene would investigate the incident, the AP reported. Recently, Islamic State militants have increasingly targeted Taliban leadership and religious minorities in Afghanistan. (RELATED: ISIS Attack Will Not Deter Troops From Mission To Get Americans Out Of Afghanistan, Pentagon Official Says)

If the death toll of at least 100 is confirmed, this will be the highest casualty incident since U.S. forces withdrew from the country and the Taliban took power, the AP reported. The Islamic State has reportedly targeted the Taliban in various attacks including a bombing at a mosque in Kabul and several shootings.