The White House on Friday blocked a request by former President Donald Trump to withhold documents from Congress regarding his activities during the Jan. 6 riot at the U.S. Capitol.

White House Counsel Dana Remus wrote in a letter to the National Archives that an initial batch of documents requested by the House Select Committee investigating the Jan. 6 riot must be handed over to Congress, according to NBC News, which first obtained the letter.

The documents cover Trump’s actions on Jan. 6, including his rally at the White House prior to the riot and all subsequent meetings and communications throughout the day. The committee also requested the former president’s tweets, phone and visitor logs, along with any photos and videos of events he participated in on Jan. 6. (RELATED: Majority Of Voters Say Jan. 6 Committee Is Biased) 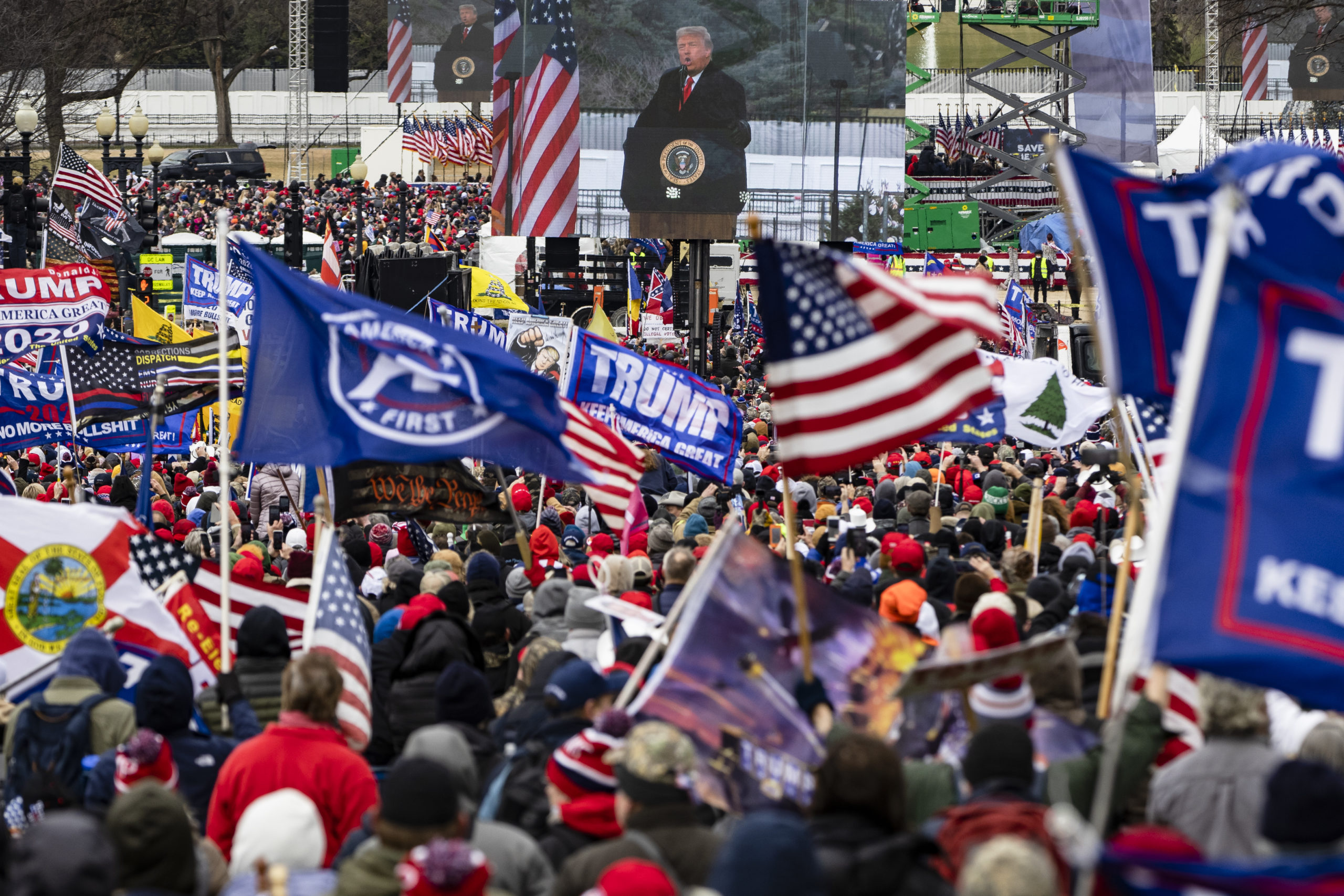 President Donald Trump is seen on a screen as his supporters cheer during a rally on the National Mall on January 6, 2021 in Washington, DC (Samuel Corum/Getty Images)

Trump’s lawyers argue the former president can exert his executive privilege to block the documents from being turned over to the Jan. 6 committee, but the White House rejected this argument.

“President [Joe] Biden has determined that an assertion of executive privilege is not in the best interests of the United States, and therefore is not justified as to any of the documents,” Remus wrote.

“The constitutional protections of executive privilege should not be used to shield, from Congress or the public, information that reflects a clear and apparent effort to subvert the Constitution itself,” she continued.

A source familiar with the matter told NBC News that the National Archives began searching for records related to the House committee’s request in August. The agency is also in contact with both Trump’s lawyers and the White House and provided documents to both parties Sept. 8, the source said.

Trump’s legal team could file a lawsuit against the National Archives. But it is unclear how much authority former presidents have to exert executive privilege, and the courts have not conclusively ruled on the matter.

In a 1977 decision, the Supreme Court ruled that a law requiring former President Richard Nixon to hand over presidential documents was not unconstitutional. The court also noted that an incumbent president “is in the best position” to make such decisions.