President Joe Biden will order the Department of the Interior Friday to vastly expand two Utah monuments which the Trump administration reduced in size.

The president will restore protections for both the Bears Ears and Grand Staircase-Escalante monuments located in Utah, the White House announced. Biden’s order will re-expand the monuments from their reduced size of slightly more than 1 million acres to 3.2 million acres.

Bears Ears, established by former President Barack Obama, is known for its archaeological sites and deep ties to the Native American tribes that previously inhabited the land. Former President Bill Clinton set Grand Staircase-Escalante aside as a national monument in 1996 due to its natural and historical significance.

“This living landscape must be protected so that all Americans have the profound opportunity to learn and cherish our history,” said Secretary of the Interior Deb Haaland in a statement Thursday.

Shortly after taking office in 2017, former President Donald Trump ordered the Interior Department to review national monuments that were more than 100,000 acres and established since 1996. Months later, former Interior Secretary Ryan Zinke recommended the size reduction of the two monuments which blocked industry and local use of the lands. 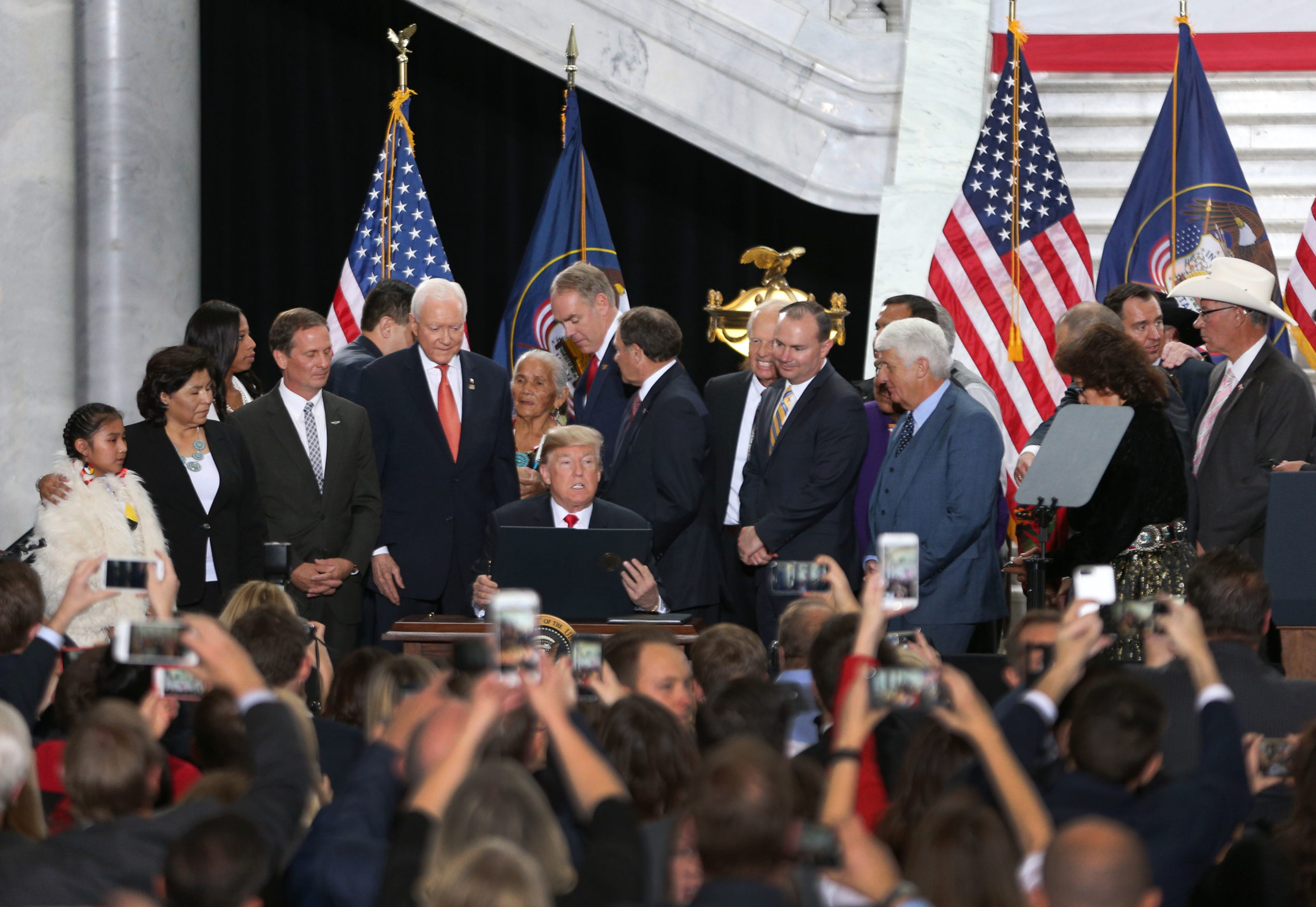 “Families will hike and hunt on land they have known for generations, and they will preserve it for generations to come,” Trump said in December 2017 in Salt Lake City, Utah. “The Antiquities Act does not give the Federal Government unlimited power to lock up millions of acres of land and water, and it’s time we ended this abusive practice. Public lands will once again be for public use.”

Under The Antiquities Act, which passed in 1906 and served as the basis of the Clinton and Obama monument expansions, “any land reserved … must be limited to the smallest area compatible with the care and management of the objects to be protected,” Supreme Court Chief Justice John Roberts wrote in March related to a case involving a 3.1 million acre marine monument off the coast of Massachusetts.

Biden will restore Obama administration rules protecting that marine monument  — the Northeast Canyons and Seamounts Marine National Monument — on Friday, the White House said. Commercial fishing will be prohibited under the restored protections, and lobster fishing will be phased out by September 2023 across the vast swath of ocean under Biden’s order. (RELATED: ‘It’s A Tragedy’: US Declares 22 More Animals Extinct)

‘Fanned the flames of controversy’

“President Biden is delivering a devastating blow to the ongoing efforts by our delegation, along with state, local, and tribal leaders, to find a permanent, legislative solution to resolve the longstanding dispute over the boundaries and management of the Bears Ears and Grand Staircase-Escalante national monuments,” the six Republican lawmakers said in a joint statement.

“Rather than take the opportunity to build unity in a divided region and bring resources and lasting protections to sacred antiquities by seeking a mutually beneficial and permanent legislative solution, President Biden fanned the flames of controversy and ignored input from the communities closest to these monuments,” they continued. 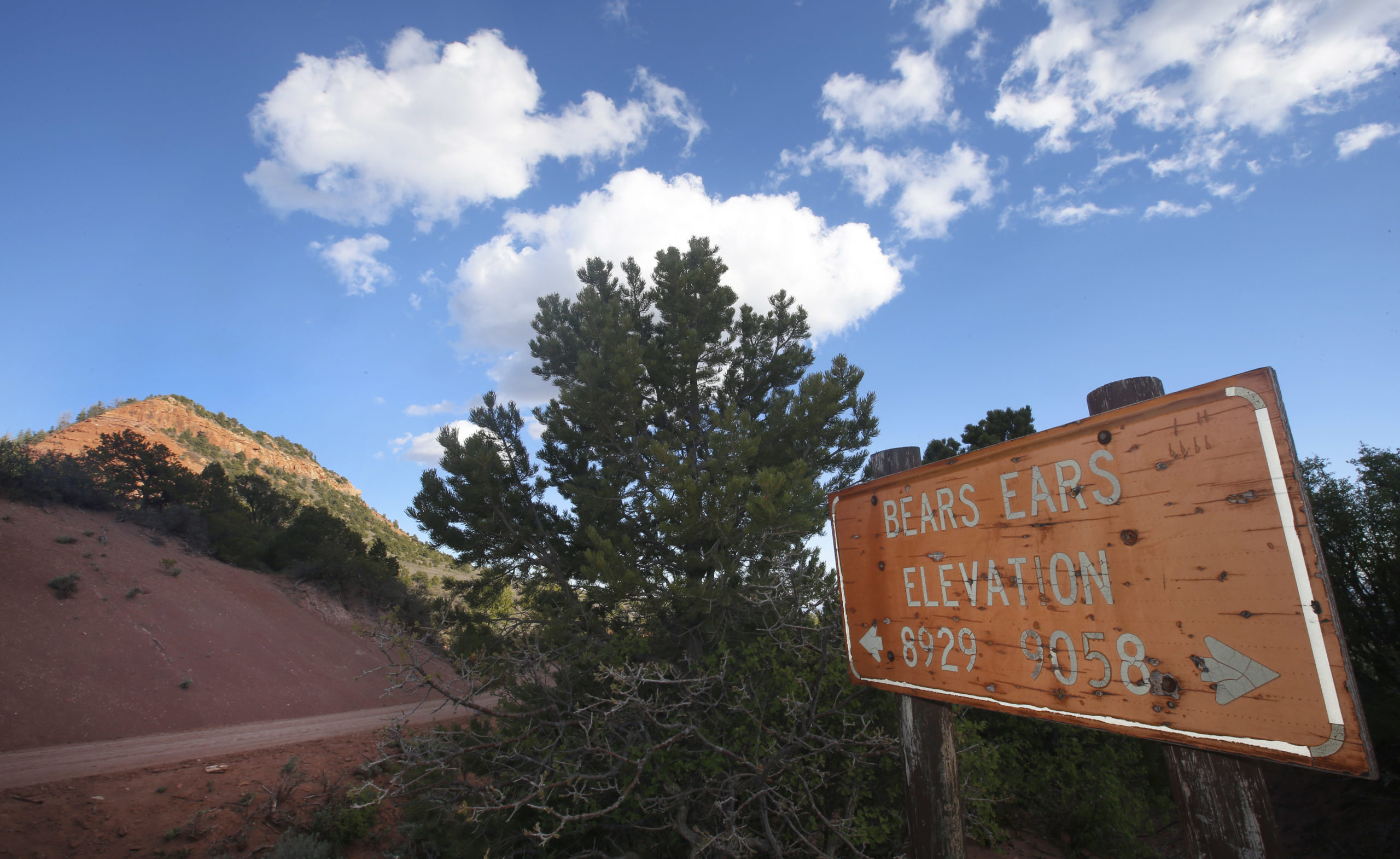 A sign gives the elevation of an area of the Bears Ears National Monument in May 2017 outside Blanding, Utah. (George Frey/Getty Images)

Republican Gov. Spencer Cox of Utah, Attorney General Sean Reyes and other elected Utah leaders echoed the state lawmakers’ comments, saying they pleaded with the Biden administration for 10 months to pursue a legislative solution rather than an executive action. They characterized the president’s action as a “tragic missed opportunity.”

“Our goal has been to make lasting progress on managing our public lands for the benefit of all those who use them, particularly those who live on and near those lands,” the state officials said. “We expected and hoped for closer collaboration between our state and national leaders, especially on matters that directly impact Utah and our citizens.”

“This is an unfortunate decision that is opposed not only by those affected in the commercial fishing industry, but by all eight fishery management councils and (the National Oceanic and Atmospheric Administration) fisheries,” Bob Vanasse, executive director of the seafood industry advocacy group Saving Seafood, said in a statement shared with the Daily Caller News Foundation. “There is no scientific justification to prohibit commercial fishing while allowing recreational fishing.”

Vanasse said the decision will prevent commercial fishermen from making a living and enable “owners of luxury yachts” to spearfish the same species in the same location.