“Well, we screwed up,” the South Carolina Republican said. “For two months, we promised our base and the American people that we would not help the Democratic Party raise the debt ceiling so they could spend $3.5 to $5 trillion through reconciliation. At the end of the day, we blinked.”

Republicans previously told Democrats they would not contribute to raising the debt ceiling and advised them to do so through reconciliation. Treasury Secretary Janet Yellen warned the U.S. government would default on its loans by Oct. 18 if the debt ceiling wasn’t extended.

Ultimately, 11 Republican senators voted with the Democrats on Thursday to extend the debt ceiling until December in a deal proposed by Senate Minority Leader Mitch McConnell.

“Two things have happened: We let our people down, and we made Democrats believe that we are all talk and no action,” he added. “We made a promise, for two months, that we would make them do it without our help and we folded, and I hate that.” 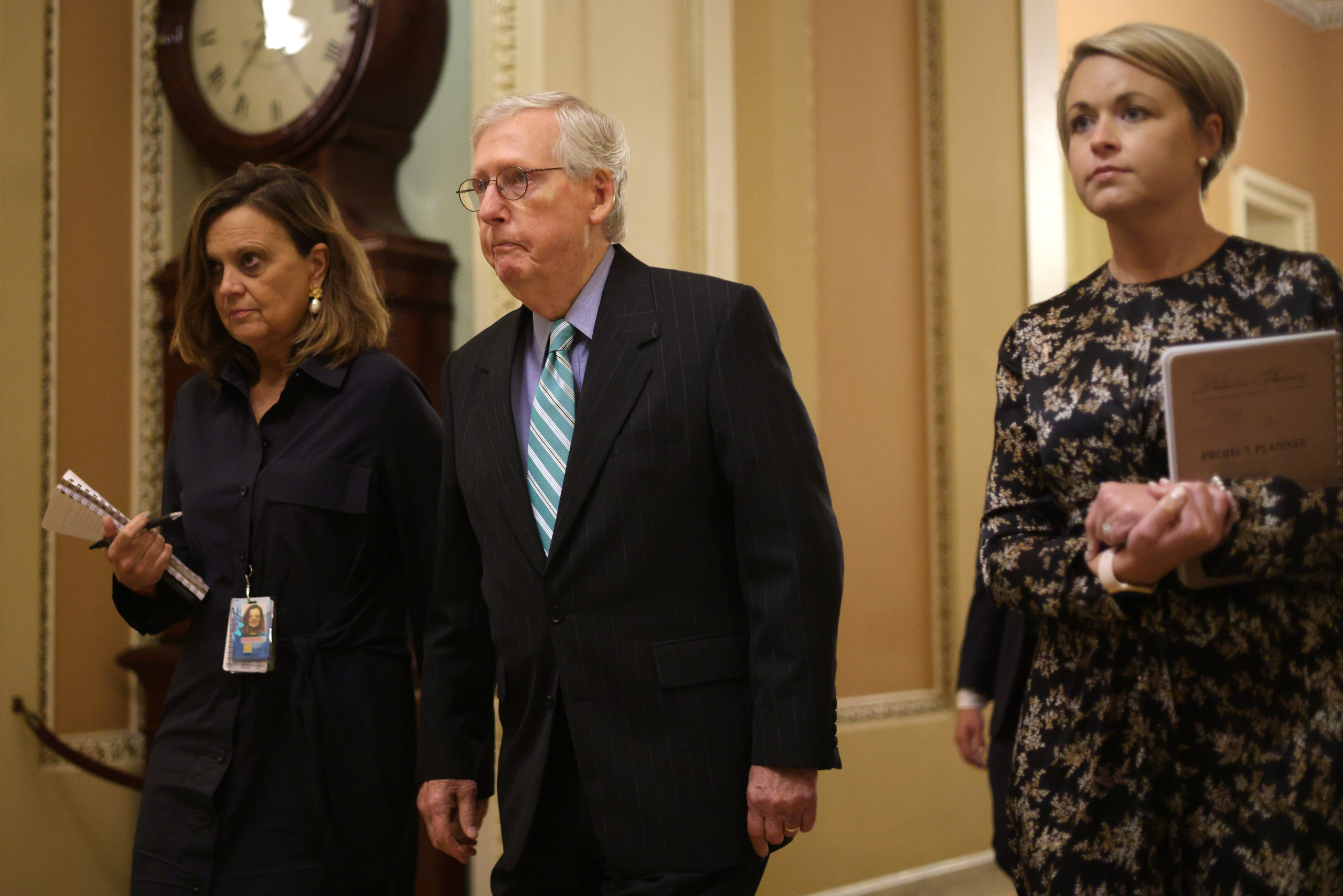 Former President Donald Trump also appeared on “Hannity” Thursday night and criticized McConnell and the other Republicans who voted for the extension, arguing “the Republican Senate needs new leadership.”

“I’ve been saying it for a long time,” Trump said. “Mitch isn’t the guy, not the right guy, not doing the job. He gave them a lifeline, it’s more than a lifeline, he gave them so much time now to figure out what to do because they were in a real big bind.” (RELATED: Congress Skirts Nationwide Economic Catastrophe After Last-Minute Agreement To Lift Debt Ceiling)

Senate Majority Leader Chuck Schumer was quick to lambast Republicans after the debt ceiling extension cleared the filibuster. “Republicans played a dangerous and risky partisan game, and I am glad that their brinksmanship did not work,” he said.

Moderate Democratic Sen. Joe Manchin could be seen burying his head in his hands while Schumer spoke and later said the marks were not “appropriate at this time.”

“I just think that basically what we’ve got to do is find a pathway forward, to make sure that we de-weaponize. We have to de-weaponize,” Manchin told CNN’s Manu Raju on Thursday evening.