Prosecutors are looking into allegations of Kurz and other political allies channeling more than €1.2m in taxpayers’ money from ministries to pay for positive media coverage from pollsters and journalists. The investigation was announced by Austria’s central state prosecutor for economic crimes and corruption (WKStA) after publishing a 104—page warrant via Austrian newspapers.

The report contains various communications between Kurz and other party allies in 2016 and 2017, including exchanges with Thomas Schmid, the general secretary of the finance ministry. Schmid’s phone was seized in a separate corruption investigation in November 2019. 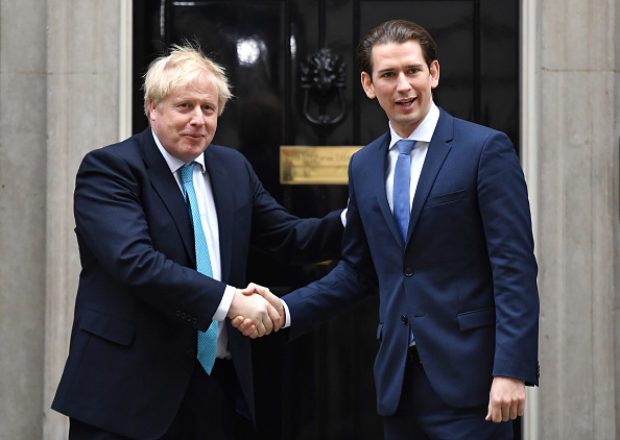 “What we need now are stable conditions,” Kurz told reporters in Vienna. “So, in order to resolve the stalemate, I want to make way to prevent chaos and ensure stability.”

An hour after announcing his resignation, protests have begun outside the Chancellery and President’s office.

Scene right now on Ballhausplatz outside Chancellery and President’s office in #Vienna, one hour after the resignation / or stepping aside of ⁦@sebastiankurz⁩ #Austria pic.twitter.com/C2DtcAQmyZ

This isn’t the first time Kurz has faced corruption allegations. In 2019, in his first coalition with the far-right Freedom Party in 2019, the chancellor was seen with Freedom Party leader, Vice Chancellor Heinz-Christian Strache, offering favors to a potential Russian investor, Associated Press reported.

Kurz became a state secretary in 2011, showing promise in his party’s youth establishment. Within two years, Kurz was Austria’s youngest foreign minister at the age of 27 and even began thinking about taking control of the People’s Party. He took over the chairmanship in May 2017. After support surged for the People’s Party because of his unbending immigration policy, he was appointed chancellor, according to the Financial Times.