Conservative talk show host Candace Owens said Sunday that parents should remove their children from public schools because they are brainwashing children with “Marxist principles.”

“The time is now, remove your children from these indoctrination camps, they’re not learning to be smart,  they’re not focused on hard academics, they are being brainwashed and and systematically controlled and what they want to produce, by the way, are failures,” Owens continued. (RELATED: ‘Why Does George Soros Want To See The Collapse Of America?’ Candace Owens Says Billionaire Wants ‘A Socialist Society’)

The conservative author claimed that because “children are the future,” governments want to control what those children are taught and what they believe.

“You deny them access to your children and they can’t guarantee that they’re going to be able to exist and sustain itself,” she said.

Owens urged parents to “pay attention” to world events and noted how France has just banned homeschooling in September — although the policy may not be as draconian as first envisioned.

Owens said France “did it under the guise of ‘well, at home there’s radical threats, there’s homegrown terrorism, we’re dealing with all this Islamic terrorism, one way we can prevent this is that we can guarantee that nobody’s allowed to homeschool.'”

The conservative activist suggested the same policy is coming to America. (RELATED: ‘Bigger Than Democrat Vs Republican’: Tulsi Gabbard Says “Powerful Elite’ Want ‘To Silence And Control Us’) 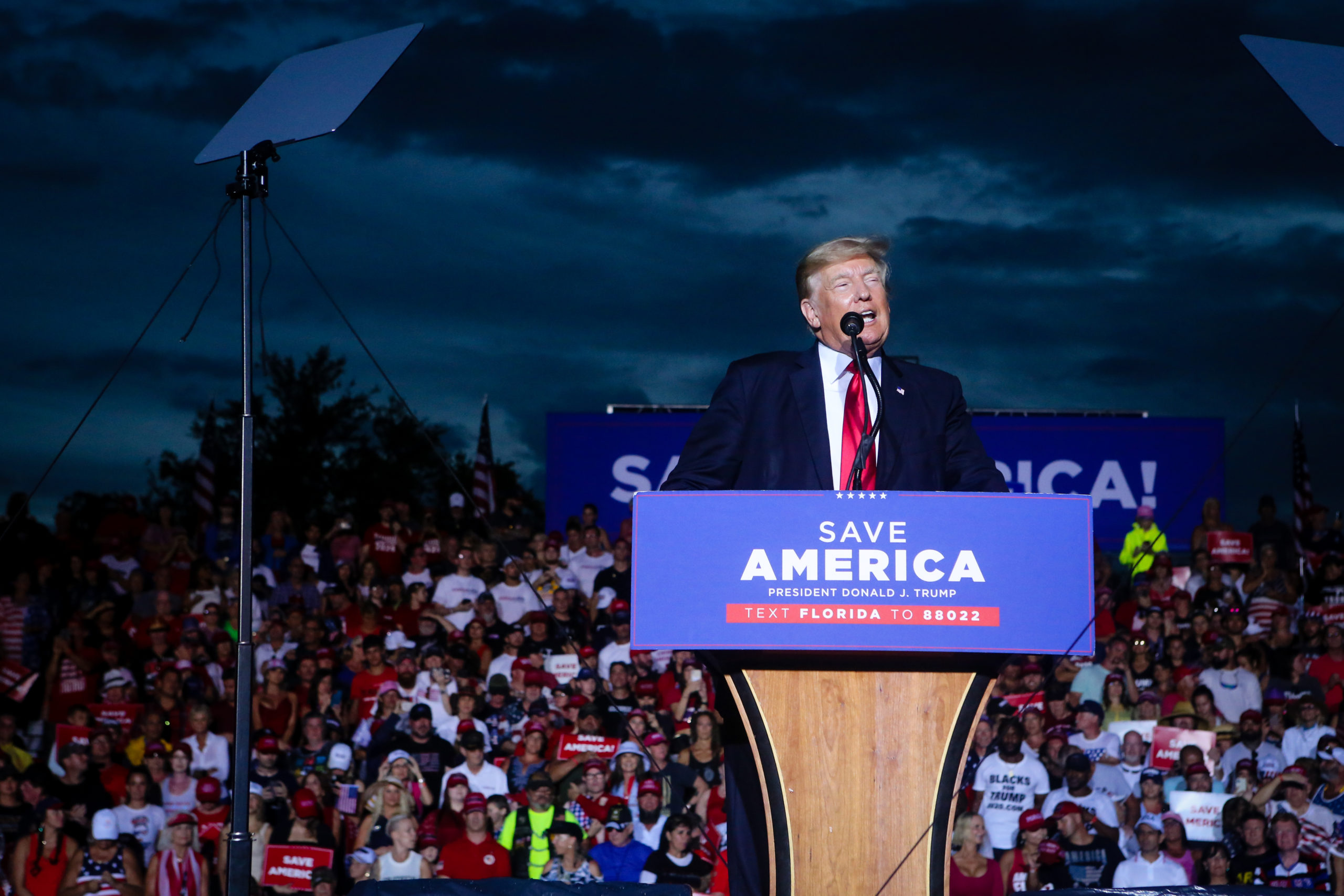 Former U.S. President Donald Trump speaks during a rally on July 3, 2021 in Sarasota, Florida. Co-sponsored by the Republican Party of Florida, the rally marks Trump’s further support of the MAGA agenda and accomplishments of his administration. (Photo by Eva Marie Uzcategui/Getty Images)

“So let me tell you, if that’s them catching a sneeze, America’s about to catch a cold; if France caught a sneeze, we’re going to catch a cold,” she said, claiming that banning homeschooling in the United States would be one way to “go against these Trump supporters, these conservatives.”

Attorney General Merrick Garland directed the FBI in a Monday memo to “use its authority” against parents who threaten or use violence against public education officials. The National School Board Associated had urged the federal government and Biden to deal with parents who protested school boards over issues such as mask mandates and the teaching of critical race theory.