The Afghan economy has all but collapsed following the Taliban’s takeover of the country, which triggered the freezing of billions of dollars in assets previously held by the U.S.-supported Afghan government. The U.S. has said future funding will depend on whether the Taliban keeps its promise to uphold human rights, particularly those of women.

“The crisis is affecting at least 18 million people, half of the country’s population,” Guterres said Monday. “Right now, with assets frozen and development aid paused, the economy is breaking down. Banks are closing and essential services such as health care have been suspended in many places. We need to find ways to make the economy breathe again.”

“So we need to inject cash in the economy,” he added. “I’m not saying that I’m asking the international community to give money to the Taliban or to the present authorities … We need to allow people to survive. The questions of recognition and the questions of dealing with government are totally different.” (RELATED: ‘No One Will Tell Us What Our Laws Should Be’: Taliban Official Says They Will Bring Back Extreme Punishment) 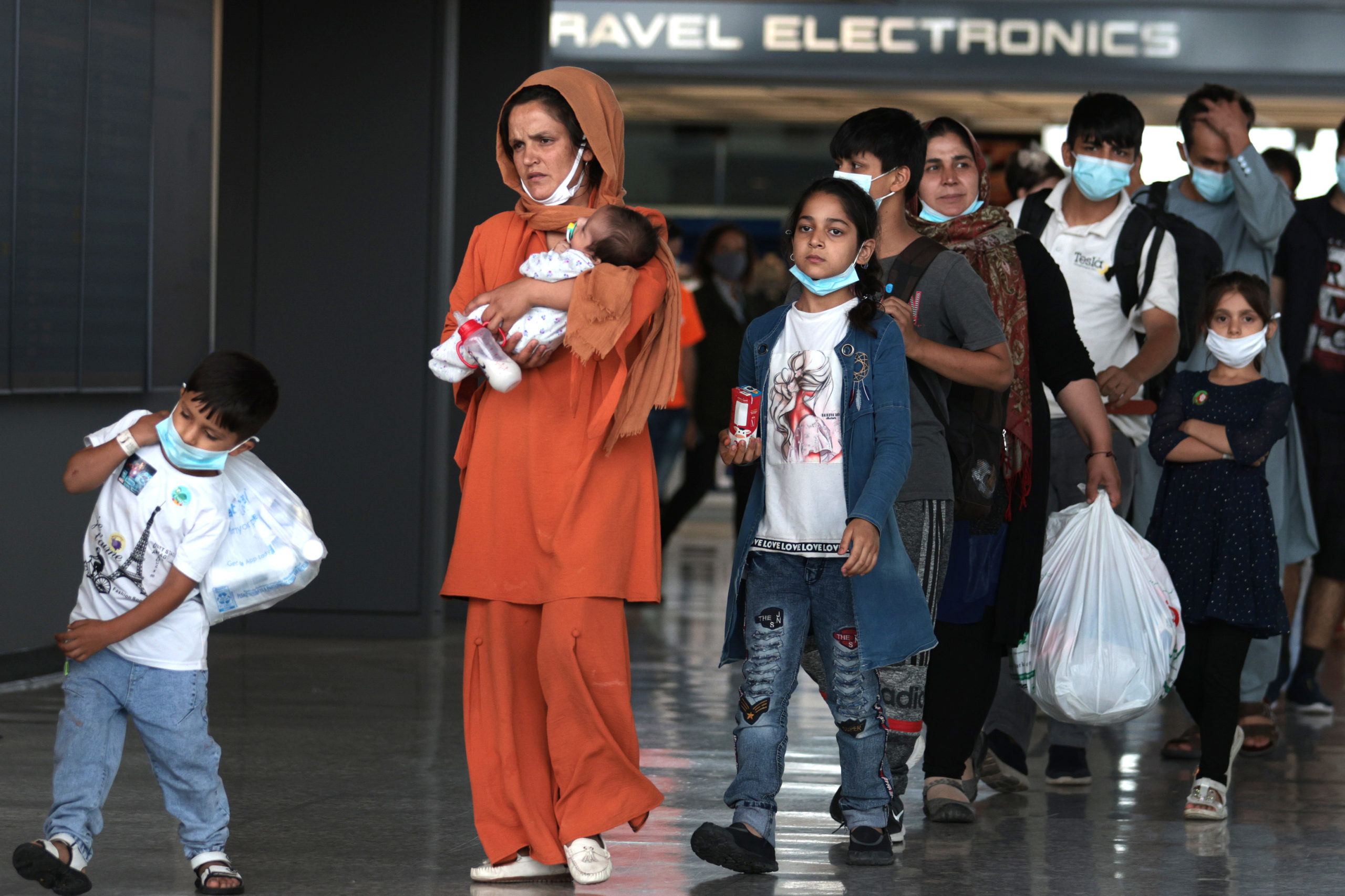 DULLES, VIRGINIA – AUGUST 31: Refugees walk through the departure terminal to a bus at Dulles International Airport after being evacuated from Kabul following the Taliban takeover of Afghanistan on August 31, 2021 in Dulles, Virginia. The Department of Defense announced yesterday that the U.S. military had completed its withdrawal from Afghanistan, ending 20 years of war. (Photo by Anna Moneymaker/Getty Images)

The U.S. has already made plans to send $64 million in humanitarian aid “directly” to Afghan civilians. The effort seeks to prevent the money from falling into the hands of the Taliban. The U.S. announced Sunday that it will resume humanitarian aid to the country even as it withholds formal recognition of the Taliban government.

The U.S. concluded a series of “candid and professional” talks with Taliban officials on Sunday, according to State Department spokesman Ned Price. In addition to humanitarian aid, the U.S. also discussed the evacuation of U.S. citizens still remaining in the country.

“On October 9 and 10, an interagency delegation traveled to Doha, Qatar to meet with senior Taliban representatives,” Price noted in a Sunday readout of the call. “The U.S. delegation focused on security and terrorism concerns and safe passage for U.S. citizens, other foreign nationals and our Afghan partners, as well as on human rights, including the meaningful participation of women and girls in all aspects of Afghan society.”

“The two sides also discussed the United States’ provision of robust humanitarian assistance, directly to the Afghan people. The discussions were candid and professional with the U.S. delegation reiterating that the Taliban will be judged on its actions, not only its words,” Price added.

President Joe Biden faced bipartisan criticism for his handling of the U.S. withdrawal from Afghanistan in late August. While he vowed earlier in the year that the process would be “safe and orderly,” the withdrawal was in fact deadly and frantic. More than 100 U.S. citizens were left stranded in the country under Taliban rule, alongside tens of thousands of Afghan allies and refugees.