About 25% of critical infrastructure in the U.S., or 36,000 facilities, is at serious risk of being rendered inoperable as a result of flooding over the next three decades, according to an industry report released Monday.

American infrastructure such as police stations, airports, hospitals, wastewater treatment facilities, churches and schools were all considered in the analysis, according to First Street Foundation, the group that published the first-of-its-kind report. The U.S. is “ill-prepared” for a scenario where major flooding events become more commonplace, the report concluded.

“Our work aims to determine the amount of flooding that would render infrastructure either inoperable or inaccessible,” said Dr. Jeremy Porter, head of research and development at the First Street Foundation.

“As we saw following the devastation of Hurricane Ida, our nation’s infrastructure is not built to a standard that protects against the level of flood risk we face today, let alone how those risks will grow over the next 30 years as the climate changes,” First Street Foundation Executive Director Matthew Eby added. (RELATED: US Projects Global Emissions Will Continue To Rapidly Rise Through 2050 Despite Shift To Renewables)

The report projected that 23% of the nation’s road segments, or about 2 million miles of road, are “at risk of becoming impassable,” First Street Foundation said. More, it showed that 20% percent of U.S. commercial properties, 17% of all social infrastructure facilities, like government buildings, churches, museums and schools, and 14% of all residential properties also face serious risks. 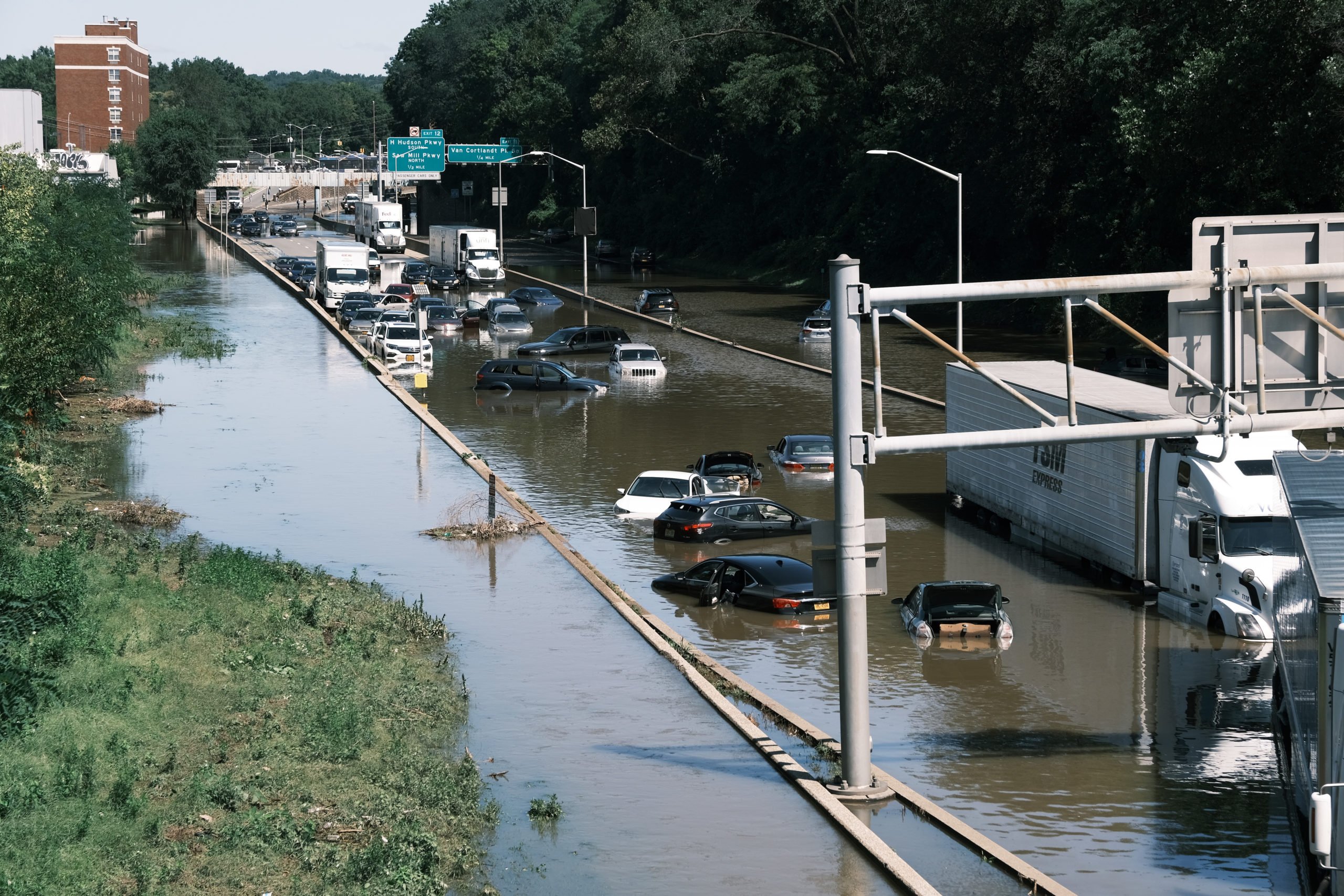 Nearly all of the 20 counties facing the greatest flooding risks are located in just four states, Louisiana, Florida, Kentucky and West Virginia, the group said. Cameron Parish County, located in southwestern Louisiana, is “the most at risk county in the country,” First Street Foundation stated.

“It is essential that critical infrastructure systems are maintained to the highest standards and that disaster preparedness, response, and recovery are top priorities for risk managers and policymakers,” the First Street Foundation report said.

The bipartisan trillion-dollar infrastructure proposal making its way through Congress would allocate $3.5 billion for local flood mitigation actions. Under the proposal, the Army Corps of Engineers would receive more than $4 billion for flooding mitigation projects.