U.S. Secretary of Labor Marty Walsh told Axios he wasn’t sure why people aren’t rejoining the workforce despite a large number of job openings.

“These questions are asked every month,” Walsh said in an interview released Sunday. “I don’t think there is an answer,” he continued.

The jobs report for September showed the U.S. economy added a disappointing 193,000 jobs, falling far short of estimates. The low number stands in contrast to the robust number of job openings companies are struggling to fill.

“Ramped up production may be necessary, but you can’t find the employees to ramp it up,” Ann Silver, head of the local Chamber of Commerce in Reno, Nevada, told The Wall Street Journal. “We’re hearing that from every sector—hospitality and touring, healthcare, you name it. People can’t be found. Everybody’s quick to say, ‘Wow, the economy is rebounding.’ Well, it can’t without human beings.” 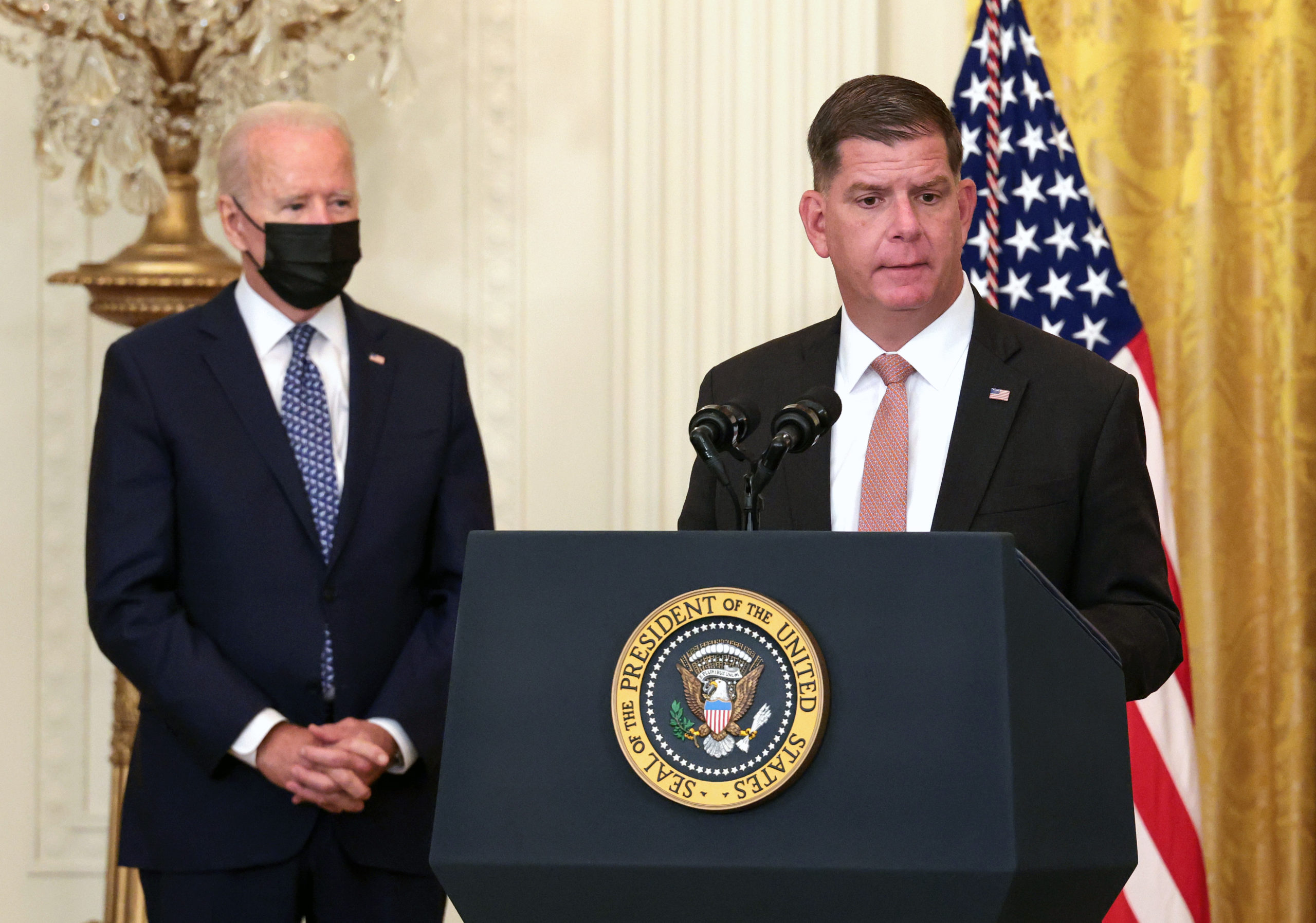 U.S. Labor Secretary Marty Walsh speaks alongside President Joe Biden during an event on workers rights and labor unions in the East Room at the White House on September 08, 2021 in Washington, DC. (Photo by Kevin Dietsch/Getty Images)

“There’s no question that we have work to do,” Walsh said when asked about the September figure, as well as the low August numbers. (RELATED: Biden Dismisses Another Disappointing Jobs Report, Claims ‘Real Progress’ Is Being Made)

Walsh cited the pandemic and fear of the Delta variant as relevant factors, in addition to discussing how the concept of work-life balance is leading people to change careers. “They’re looking at their career and they’re saying, ‘We were in a career before. I want to get out of this career. I want to move forward,'” Walsh said.

He acknowledged the September jobs report showed “not the best number” but pointed to the growth in the private sector, which saw a sharp increase, as a positive indicator. Walsh said he also didn’t have an answer as to why there wasn’t a big spike in the public education sector amid schools reopening.

“If I had that answer, I’d be giving it all day today,” he said, adding that the Biden administration needed to “dig down a little bit more” in that area.