The Pentagon’s vaccine mandate for all military servicemembers is creating a divide among troops and leadership, and some of the former group are choosing to leave the service entirely rather than be forced to get vaccinated.

A substantial number of the military’s most elite operators, including Navy SEALs and fighter pilots, are seeking an exemption from the vaccine mandate, and many of those individuals are planning a change of career if an exemption is not granted, the Daily Caller has learned. Active members of multiple branches of the armed services, who spoke to the Daily Caller on the condition of anonymity so they could speak freely, described being subjected to pressure campaigns and experiencing worsening morale as the Pentagon rolls out its mandate before the end of the year.

Davis Younts, an attorney representing dozens of troops who are seeking religious or medical accommodations for the vaccine mandate, said that most of his clients are not going to comply with the mandate even if they aren’t granted an exemption. “My clients, the guys I’m representing, and the SEALs I’ve spoken to, are what we’re calling ‘hard no’s’… that means you’re going to submit a religious accommodation request, you’re going to submit a medical exemption based on where you’re at… and then if it’s not approved, they’re not going to take the vaccine.”

The direct consequences for refusing a lawful order to get vaccinated are unclear as of now, and will likely vary from case to case. Republicans on Capitol Hill have wrestled with the Biden administration and Pentagon leadership on whether or not those who refuse the mandate can be dishonorably discharged, and the Army has said that “continued failure to comply could result in administrative or non-judicial punishment – to include relief of duties or discharge.” (RELATED: Army Sets Vaccination Deadline For Active Members, Soldiers Who Refuse The Shot May Be Fired)

Younts, whose dozens clients include a variety of servicemembers from multiple Navy fighter pilots to a growing list of SEALs, said that uncertainty exists even for those who do get an accommodation.

“The uncertainty for all my clients is what comes next. Even if the accommodation is granted, they’re being told they will be denied deployability status, so it’ll go from green, in military terms on their medical, to red, and they will not be deployable,” he said. “For a Navy SEAL, for a fighter pilot, that means essentially you’re done.”

The issue of mass refusals or an exodus of troops could hit harder in specialized units like the SEALs. Former SEAL Robert O’Neill told the Daily Caller that for many of his former colleagues, the vaccine mandate is a kind of final straw in a longtime buildup of frustration with senior military leadership.

“What I’m hearing from the enlisted community, from the guys that are in charge of putting people in different places, the term they use is there’s a mass exodus of Navy SEALs leaving the military,” O’Neill said. “It’s not all because of the vaccine, it’s because of all the social experimentation that’s going on.”

“I think they’ve lost a few platoons worth of SEALs on both coasts because of this nonsense,” O’Neill continued. He added that there were potentially “hundreds” of SEALs who are further considering leaving the service, many due to the implementation of the vaccine mandate.

The Navy SEALs aren’t the only elite unit of the armed service facing a potential shortfall in personnel if opposition to the vaccine mandate spreads. The Coast Guard is at risk of losing nearly 20% of its helicopter rescue swimmers over the vaccine mandate, retired swimmer David Kroll told the Daily Caller. Multiple current swimmers confirmed the estimate that around 20% of swimmers are seeking exemptions from the mandate and may leave the service, and Kroll added that dozens of rescue pilots are taking the same position.

The Coast Guard, which falls under the purview of the Department of Homeland Security, not the Pentagon, but is still subject to a vaccine  mandate like every other armed service branch, only has about 340 rescue swimmers. Those elite individuals take multiple years to train and turn into effective operators, Kroll said, meaning a mass exodus could severely hamper the capability of the Coast Guard to carry out rescue missions in situations like natural disasters.

A similar dynamic is in play with the SEALs, O’Neill said. There are only around 2,500 Navy SEALs active at any given time, meaning a departure of even 100-200 could have major consequences. “They’re not gonna be ready for anything, and the guys you send out there aren’t gonna be the best of what you have,” O’Neill said of a scenario where the Navy has to replace a large number of experienced SEALs. “There are quality guys there, obviously, but it’s just, you’re diluting it… then they’ll say we need more numbers, so how do we get more numbers? Well let’s make it easier.” 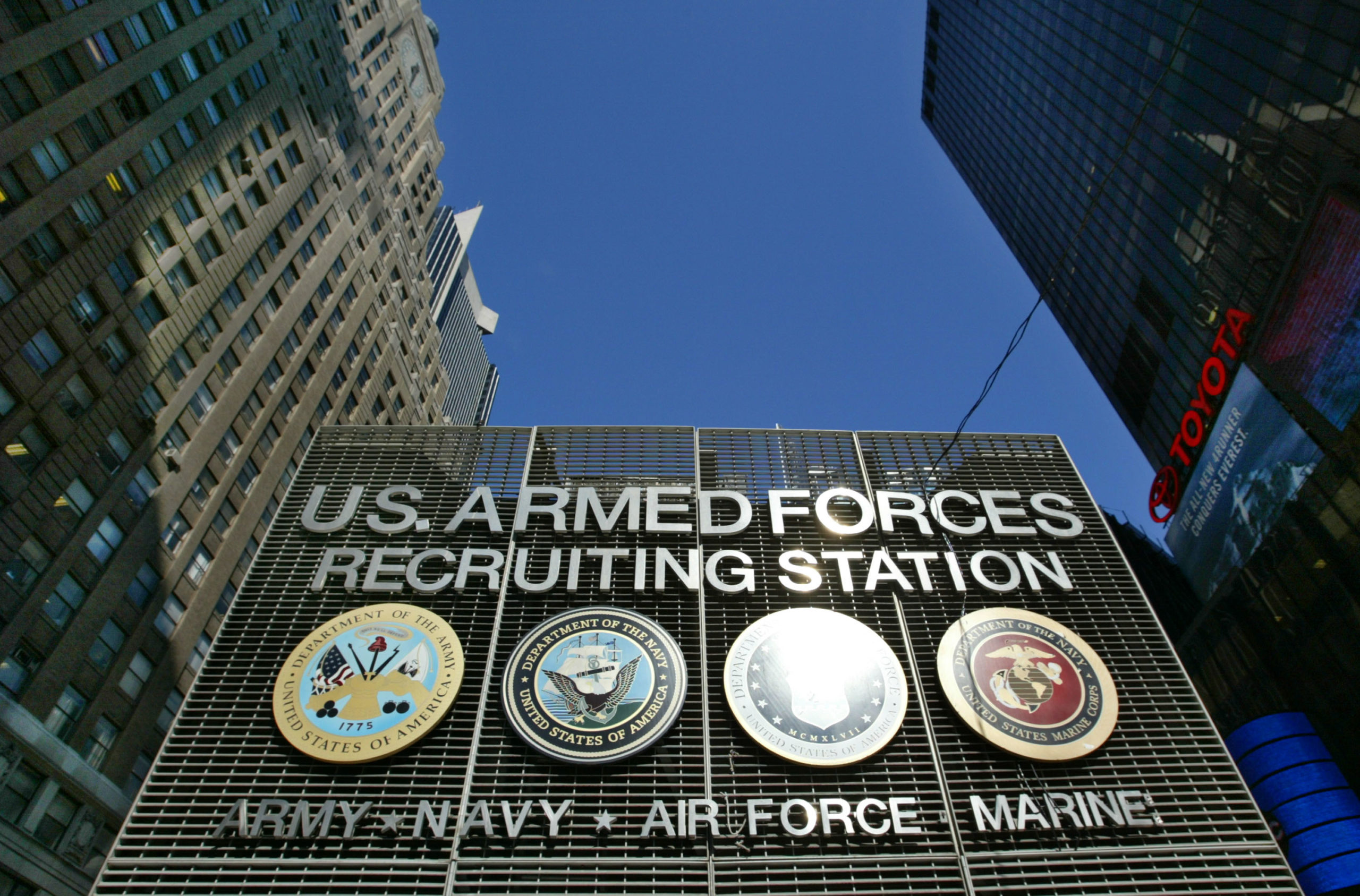 The decision on whether to comply with the mandate, even if someone doesn’t want to get vaccinated, is especially tough for younger members who don’t want to risk their future careers, one junior NCO in the Army told the Daily Caller.

“Most of us, it’s a hill that wasn’t worth standing on and fighting for it… that doesn’t mean that everybody agrees with it and everybody thinks that we should or shouldn’t get it, it’s just it’s not worth ruining our careers over,” the Army NCO, who asked to remain anonymous so they could speak freely, said.

They described discussions amongst troops on whether it was worth it to resist the order, and whether the military would backtrack on the mandate in the future if there are widespread departures: “The guys that didn’t get vaccinated first started to get their chapter paperwork, which is getting kicked out paperwork, they first started to get that done … I said ‘look, you guys are gonna get kicked out, and you’re gonna probably get a general discharge … they could give you something worse like a dishonorable.’”

“Six months from now, a year for now, the Army is gonna look at the retention rates, and they’re gonna look at the enlistment rates, and they’re gonna say ‘wow, they suck,’ because I do think there’s a lot of guys that are going to get out because of mandating the vaccine,” the NCO continued. “Do you guys really wanna get kicked out now, and then a year from now the Army or DOD overturns that policy and you’re sitting there with your discharge? But it doesn’t change the fact that you got kicked out when that was the rule.”

For those that don’t want to get vaccinated, the pressure from leadership can become intense, a current Navy fighter pilot told the Daily Caller. The pilot described a conversation with subordinates, prior to any kind of mandate, in which they encouraged their men to examine all the facts and make their own decision on whether to get vaccinated. The pilot then got a visit from their commanding officer.

“That was, by the base CO’s own words, interpreted as a failure to uphold Navy policy… Essentially I was being defiant in telling people to research a decision for a policy that provided an optional vaccine.”

“Even when it was optional, it was treated as if it was not optional.”

Like the SEALs and Coast Guard swimmers, it’s difficult to train Navy fighter pilots. The process takes years and is highly expensive for the Department of Defense. Failure to comply with the mandate could exacerbate existing difficulties with recruitment and retention, the pilot said.

“Before coronavirus was even a thing, I would say that in Naval aviation, we have a retention problem. We haven’t been able to make enough pilots and keep the pilots to really have a really good long-term longevity… there’s very little reserve capacity,” the pilot said. “You grow a fighter pilot… it’s like growing a tree. It doesn’t matter how many millions of dollars you have, you can’t look at a seed and say ‘I demand a bushel of apples next year’. It’s just not gonna be there.”

“I see this as a compounding factor for a problem that’s already here.”

The risk of COVID-19 to members of the military has thus far been low. Of the roughly two million active duty and reserve personnel across the armed forces, only 62 have died of COVID-19 since the pandemic began, according to the Washington Post.

The most prevalent risk factors for severe COVID-19 are obesity and old age. Given the highly demanding nature of performing in the most specialized units of the armed forces, such as the Navy SEALs or Coast Guard’s Aviation Survival Technicians, the groups most at risk of major disruption from the mandate seemingly face the least risk from the pandemic.

The Pentagon announced in August that the vaccine would be required for all servicemembers after the Food and Drug Administration fully approved Pfizer’s COVID-19 jab. Pentagon press secretary John Kirby said that troops who do not want to get vaccinated may need to receive counseling and be educated further on the subject.

While medical and religious accommodations are available for troops to apply for, multiple individuals familiar with the exemption process who spoke to the Daily Caller said that, in at least some cases, members are being told that medical exemptions won’t be granted unless an individual has had an adverse reaction to a vaccine in the past.

According to those individuals, natural immunity is not being approved as a reason to get an exemption, and chances of getting a religious exemption vary greatly from case to case.

Army Regulation 40-562 section 2-6 states that medical exemptions may be granted when “Evidence of immunity based on serologic tests, documented infection, or similar circumstances.” However, the Army did not answer questions on whether that regulation is being followed, and if not, why not, instead deferring to the Pentagon’s guidance on the vaccination program.