Some of the world’s top emitters of methane haven’t signed a global effort to curb how much of the greenhouse gas is emitted by 2030.

The three countries – China, Russia and India – that produce the most methane emissions in the world haven’t signed onto the pact, which has been spearheaded by the U.S. and European Union ahead of a major United Nations climate conference. The nations that have signed the agreement represent nearly 30% of global methane emissions, the State Department said Monday.

The U.S. and EU unveiled the Global Methane Pledge on Sept. 18, which they said would be key in the global fight against climate change. The U.K., Italy, Mexico and Argentina were among the seven other countries that immediately signed the agreement last month.

“Methane reductions are the single most effective strategy to reduce global warming in the near term and keep a 1.5 C future within reach,” U.S. Special Envoy for Climate John Kerry tweeted after the September announcement. “Join the (pledge) and cut methane 30% by 2030.” (RELATED: Is The Shift To Renewable Energy Propelling Us Into An Energy Crisis?)

On Monday, Kerry and European Commission President Ursula von der Leyen announced after a meeting that 24 additional nations had joined the pledge. However, China, Russia and India, which produce more than 33% of the world’s methane emissions, remained off the list of signatories.

Australia, Brazil and Iran also didn’t join the pledge despite also being among the world’s top ten methane emitters.

The nations signing onto the U.S.-EU pledge agreed to cut methane emissions 30% by 2030 compared to 2020 levels. Methane makes up 16% of all global greenhouse gas emissions and is produced by fossil fuels and livestock. 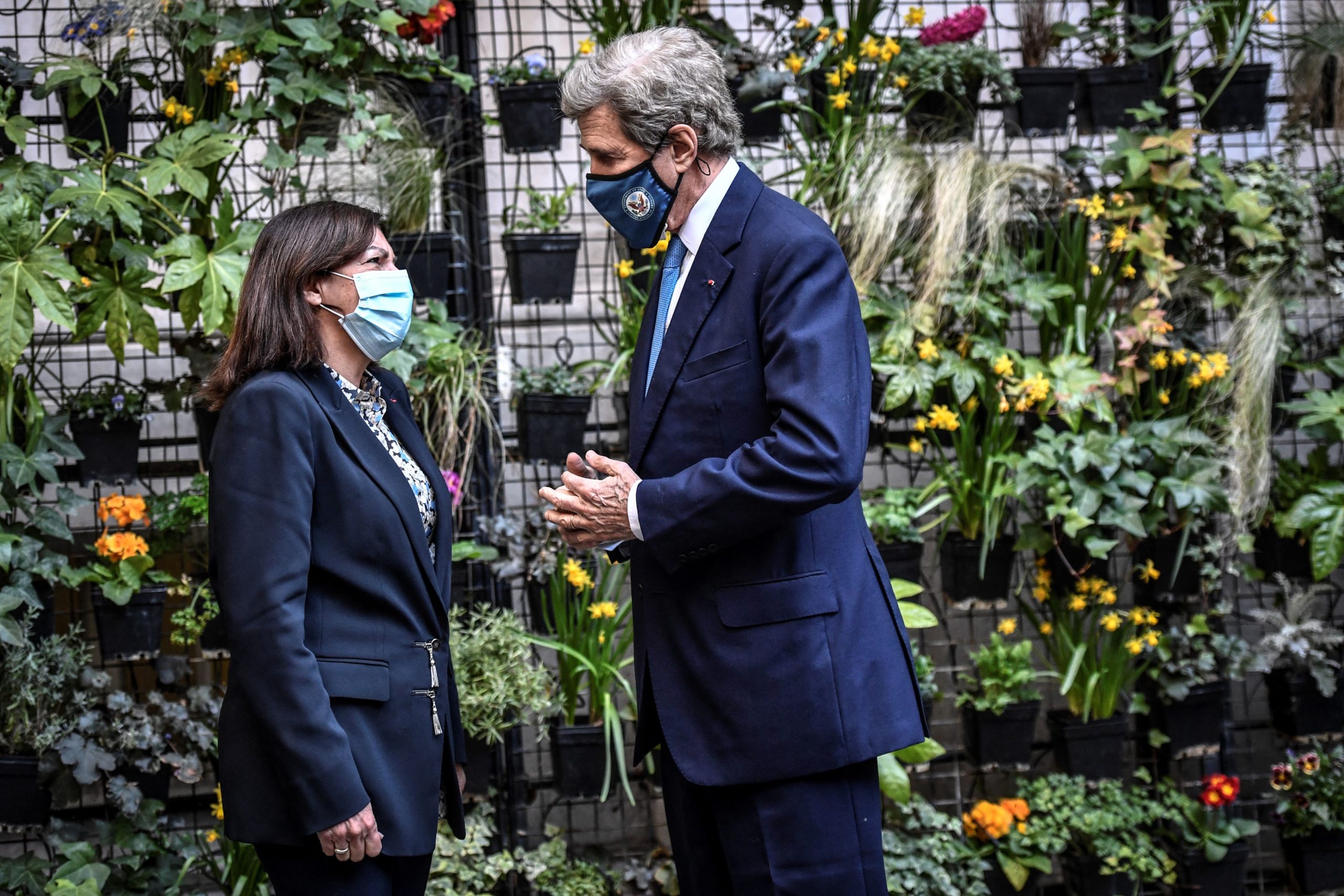 U.S. climate envoy John Kerry speaks with the mayor of Paris prior to their meeting on March 12. (Stephane de Sakutin/AFP via Getty Images)

Meanwhile, forcefully cutting methane emissions so drastically could significantly harm U.S. agriculture and manufacturing, according to industry groups. The White House has yet to lay out the policies it would pursue to cut methane by 30%.

A methane tax, for example, would be devastating to U.S. agriculture, the American Farm Bureau said. The National Cattlemen’s Beef Association (NCBA) has implored the Biden administration to propose measures, not mandates, that would be voluntary for businesses to implement.

“Getting the U.S. methane strategy right is critical for climate action and will set the bar for the rest of the world,” National Association of Manufacturers Vice President of Energy and Resources Policy Rachel Jones said in May. (RELATED: Biden Administration Unveils Its First Regulation To Curb Greenhouse Gases)

“The balancing act is important here because manufacturers rely on natural gas,” Jones adds. “The richness of this resource has redefined America’s competitive advantages within the global economy, especially within the manufacturing sector. We can’t afford to lose that if we fail to get regulations right.”

Democrats’ $3.5 trillion budget reconciliation package includes fees for energy companies that produce methane emissions, Real Clear Energy reported. In response, the American Gas Association wrote a letter to top lawmakers urging them to reverse course and arguing that the fees would be passed on to consumers.

“We appreciate the efforts to address methane emissions, but the unintended consequences of this tax could prove harmful to families across the country with little environmental benefit,” the letter, which 12 other industry groups also signed, stated.

The U.S.-EU coalition intends to make the pledge official during the upcoming United Nations climate conference that is set to take place in early November.