Right-wing politicians in Spain criticized President Joe Biden’s proclamation of Indigenous Peoples’ Day on Monday and refused to apologize for the atrocities committed when the country colonized the Americas, BBC News reported.

Spain’s colonial expansion into the Americas was described as “the most important event in history after the Roman empire,” by Pablo Casado, leader of the conservative People’s Party, on the eve of the country’s holiday honoring Christopher Columbus, BBC News reported Tuesday.

“Does the kingdom of Spain have to apologize because five centuries ago it discovered the New World, respected those who were there, created universities, created prosperity, built entire cities?” Casado asked in a video posted to Twitter. “I don’t think so.”

Biden marked Columbus Day on Monday by simultaneously proclaiming it to be Indigenous Peoples Day. “Today, we recognize Indigenous peoples’ resilience and strength as well as the immeasurable positive impact that they have made on every aspect of American society,” the proclamation said. 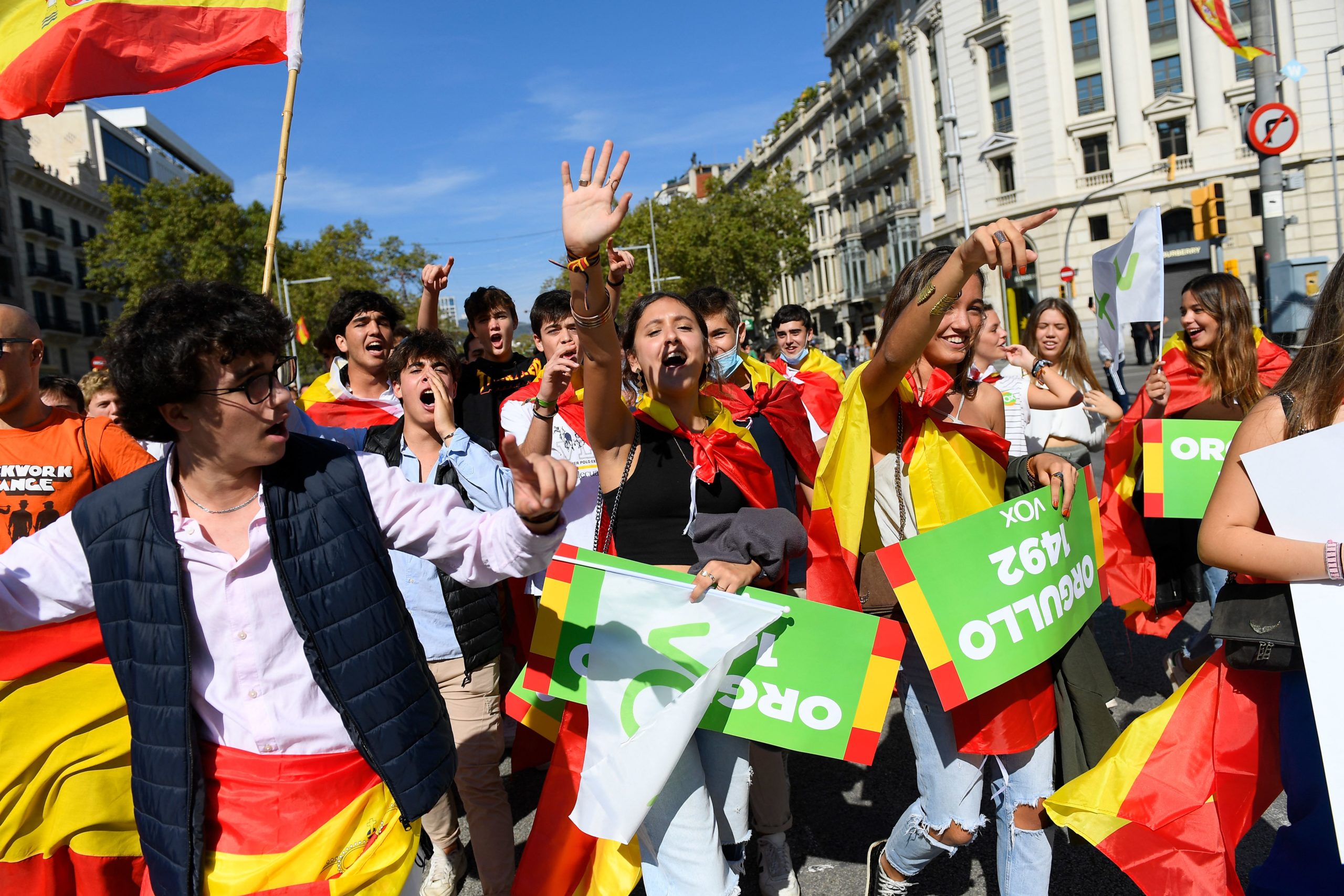 Supporters of Spanish far-right party VOX, hold placards reading ‘pride of 1492’ (referring to the landing of Christopher Columbus in the New World), during a demonstration for the unity of Spain, during the Spanish National Day (Dia de la Hispanidad) in Barcelona on October 12, 2021. (Photo by JOSEP LAGO/AFP via Getty Images)

Columbus enslaved numerous native people after discovering the New World, and at least one member of his crew documented the rape of an indigenous woman.

“He has just attacked the great masterpiece of the Spanish conquest: the evangelisation,” Santiago Abascal, leader of the conservative Vox party, said, BBC News reported. He also denounced Biden as “the lamentable president of the United States.”

“How proud we can feel about what our ancestors did,” he said, calling Spanish colonies “the empire of human rights.”

Spain maintains close ties with Latin America, but many former colonies believe it has not acknowledged the human rights abuses it committed, BBC News reported. In September, Pope Francis, who is from Argentina, spoke of the “personal and social sins” brought about by the Catholic Church in Mexico during the conquest.

Mexican President Andrés Manuel López Obrador supported the pope’s message and has repeatedly called on Spain to apologize for its past actions as an imperial power, BBC News reported.