A group of more than 100 House Democrats urged Speaker Nancy Pelosi on Tuesday to include green energy handouts for union workers in their massive $3.5 trillion budget.

“Under the Ways and Means Committee’s legislation, all vehicles – including imports – would be eligible for a $7,500 consumer tax credit through 2026,” the members of Congress wrote. “We strongly support leveling the playing field between non-union and unionized workforces by including the added $4,500 incentive to support union-made EVs.” 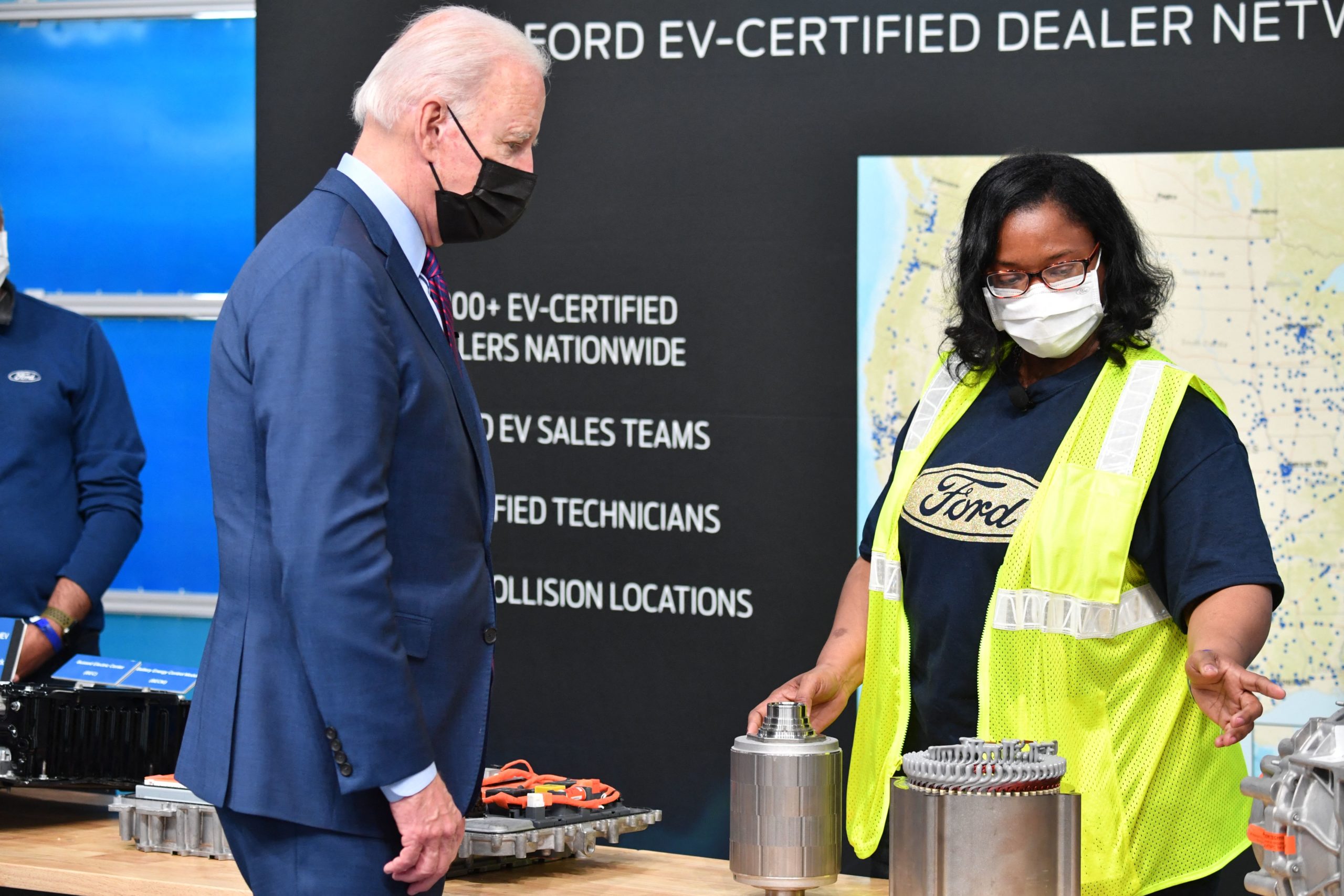 President Joe Biden listens during a tour of the Ford Rouge Electric Vehicle Center in Dearborn, Michigan on May 18. (Nicholas Kamm/AFP via Getty Images)

Consumers purchasing electric vehicles not made by unionized workers wouldn’t be eligible for the additional credit supported by the Democrats.

The United Auto Workers (UAW) union, American Federation of Labor and Congress of Industrial Organizations (AFL-CIO), which is comprised of 57 unions and 12.5 million total members, all endorsed the additional tax credit.

“Working people will not stand for decades-old policies that drag down labor standards in the auto sector. It’s long past time for public policy measures that favor good union jobs,” AFL-CIO President Liz Shuler said in a statement. “This legislation is designed to create good union jobs in the U.S. and to ensure that taxpayers are not subsidizing the offshoring of jobs.”