Havana Syndrome, a mysterious condition that has affected numerous U.S. officials while serving abroad, has been reported in Colombia, ahead of Secretary of State Antony Blinken’s scheduled visit.

U.S. embassy officials in Bogotá, Colombia, have been experiencing “unexplained health incidents,” a term used to describe Havana Syndrome, since mid-September, according to emails sent by Ambassador Philip Goldberg and others and reviewed by The Wall Street Journal. At least five American families have been afflicted.

The cause of Havana Syndrome is unknown, with victims reporting “headaches, loss of balance and hearing, ringing and pressure in the ears, and sometimes long-term brain damage,” according to Politico. The first cases were reported in Cuba in 2016.

Embassy staff were initially informed of the reports in September, while an October email told them “there is no stigma to reporting any health-related incident in which the underlying causes are not known,” the WSJ reported. The State Department said in the emails that it would treat the matter “seriously, with objectivity and with sensitivity,” as it investigated the occurrences.

A U.S. official reportedly told the WSJ that at least one family had been flown out of the country for treatment and that concerns at the embassy have grown in recent days. (RELATED: Blinken Worried New Taliban Government Full Of Terrorists Doesn’t Have Enough Women) 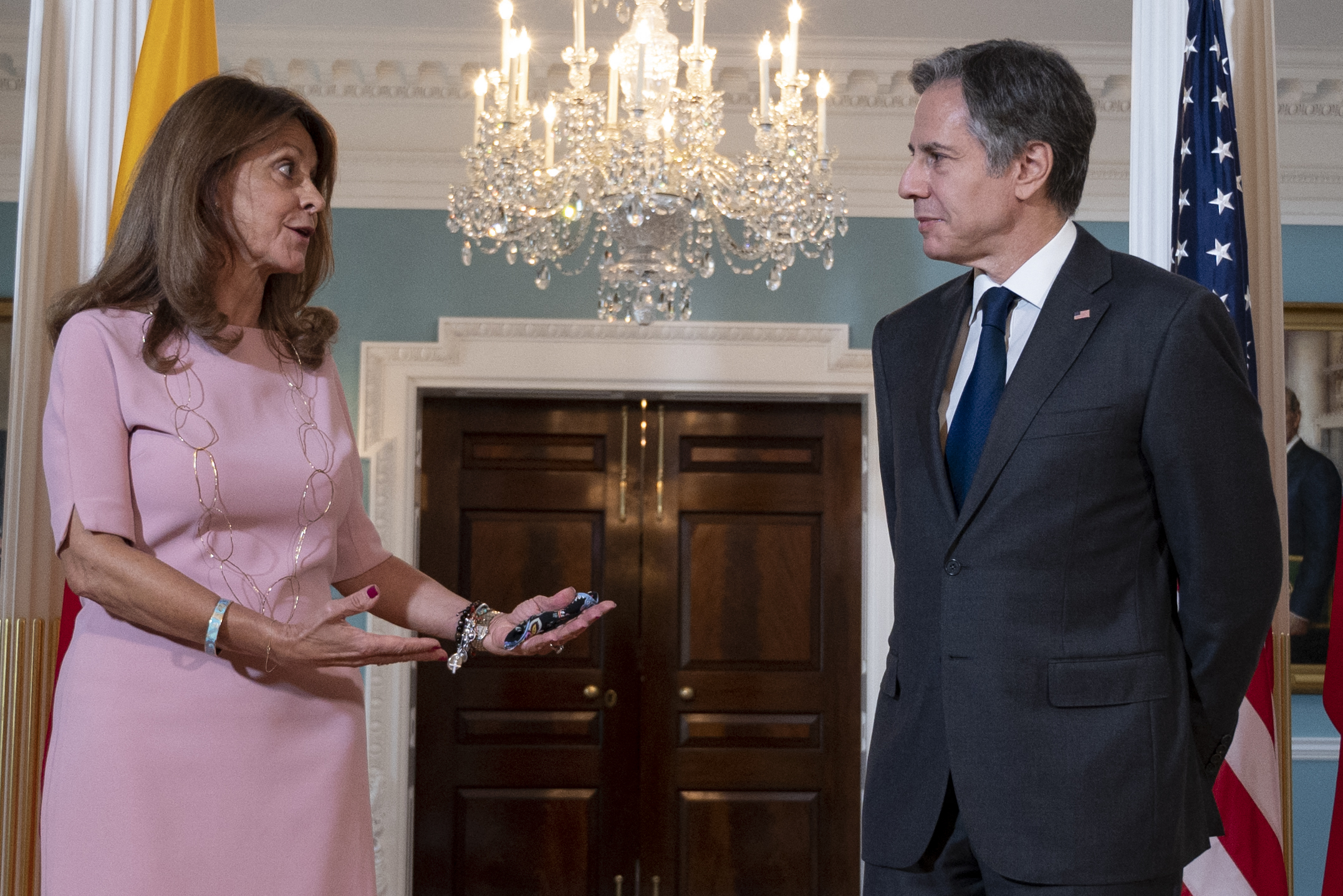 U.S. Secretary of State Antony Blinken meets with Colombian Vice President and Foreign Minister, Marta Lucia Ramirez, at the US State Department in Washington, DC on May 28, 2021. (Photo by ANDREW CABALLERO-REYNOLDS/POOL/AFP via Getty Images)

Blinken is scheduled to visit the compound on Oct. 20. Vice President Kamala Harris’ trip to Vietnam in August was delayed for several hours because of possible Havana Syndrome in Hanoi, Vietnam.

While the State Department did not specify whether the secretary’s trip would be postponed, a spokesperson told the Daily Caller News Foundation that the department “is doing everything possible to ensure that employees who reported an (anomalous health incident) have received immediate and appropriate attention and care.”

“Due to privacy concerns and for security reasons, we do not discuss specific reports or Embassy operations, but we take each report we receive extremely seriously and are working to ensure that affected employees get the care they need,” the spokesperson added.

“The Department is doing everything possible to ensure that employees who reported an (anomalous health incident) have received immediate and appropriate attention and care,” the State Department spokesperson told the DCNF.

President Joe Biden signed a bipartisan bill on Friday to provide additional support to victims of Havana Syndrome. “We are bringing to bear the full resources of the U.S. Government to make available first-class medical care to those affected and to get to the bottom of these incidents, including to determine the cause and who is responsible,” Biden said in a statement.