The Biden administration laid out an ambitious plan Wednesday for government-funded wind farms along the east coast, which it said would sustain millions of Americans’ energy needs.

Multiple federal agencies are planning to collaborate on the project, which will be completed by 2030, Interior Department Secretary Deb Haaland said during a renewable energy conference in Boston on Wednesday. Overall, at least 30 gigawatts will be produced by offshore wind farms by decade’s end.

“The Interior Department is laying out an ambitious roadmap as we advance the Administration’s plans to confront climate change, create good-paying jobs, and accelerate the nation’s transition to a cleaner energy future,” Haaland stated.

“Together, we will meet our clean energy goals while addressing the needs of other ocean users and potentially impacted communities,” she continued. “We have big goals to achieve a clean energy economy and Interior is meeting the moment.”

The U.S. wind sector currently has a total capacity of 118 gigawatts, according to the Energy Information Administration (EIA). Roughly 3% of the nation’s total energy is produced by wind farms, additional government data showed.

“We are working to facilitate a pipeline of projects that will establish confidence for the offshore wind industry,” Bureau of Ocean Energy Management Director Amanda Lefton said in a statement. 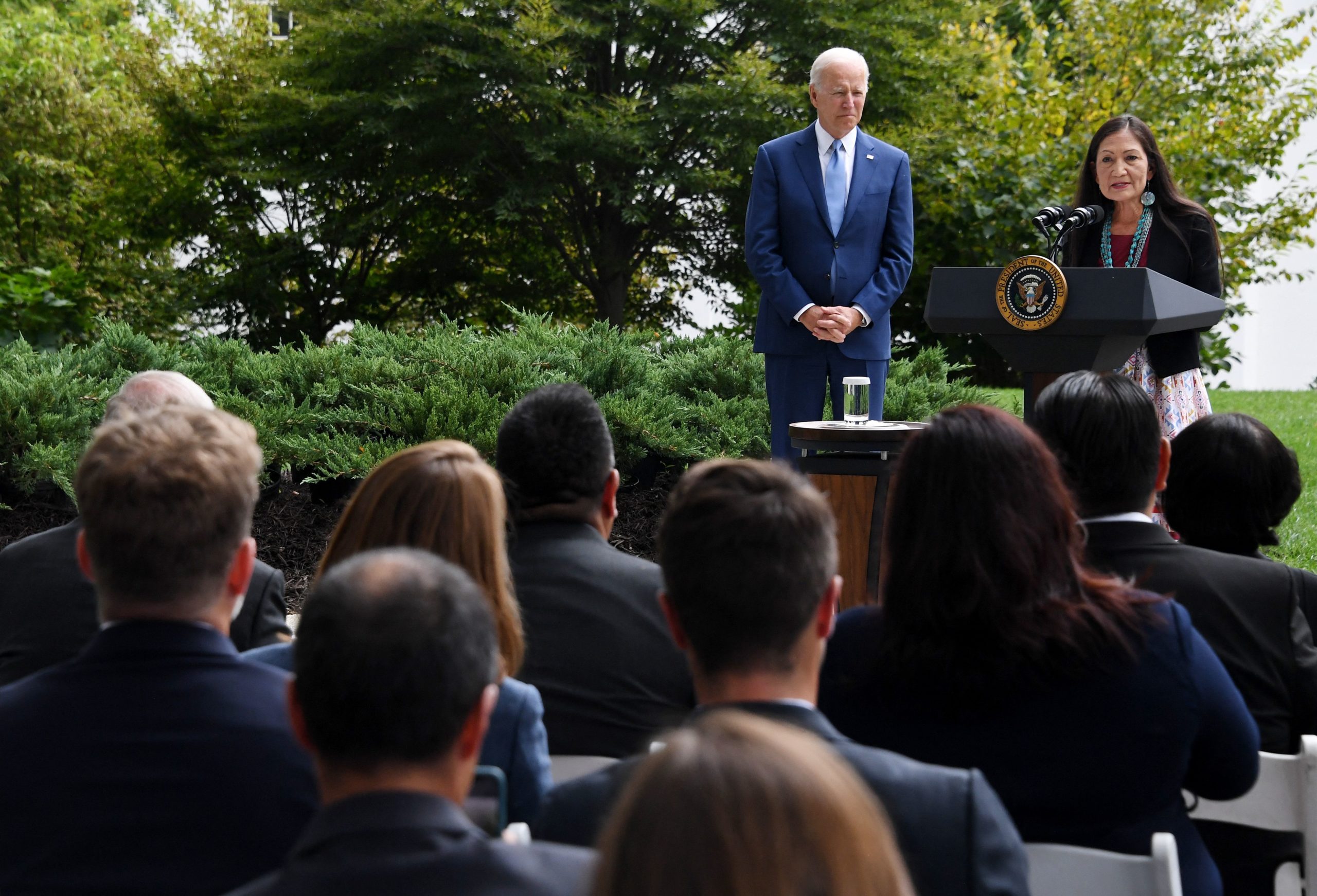 There will be up to seven new wind farms developed under the initiative, according to the Interior Department’s announcement. They would be located in Maine, New York, the Central Atlantic, the Gulf of Mexico, the Carolinas, California and Oregon.

Environmental groups were quick to applaud the announcement Wednesday, characterizing it as a major step forward in the transition from fossil fuels to renewables.

However, some research has indicated that wind is unreliable, both because it relies on taxpayer funding and doesn’t produce a consistent amount of energy. Because of its inconsistency, wind may also lead to greenhouse gas emissions since it requires backup fossil fuel-powered energy sources.

“Wind is not consistent and cannot be relied upon to generate the electricity demanded by U.S. consumers,” a report on wind energy published by the Utah State University Institute of Political Economy stated.

“Wind energy is not as clean as most people assume due to the fact that wind energy requires backup forms of electricity generation,” it continued. “Wind power may actually result in more greenhouse gas and pollutant emissions than conventional power generation due to the inefficiency of repeatedly ramping up backup power plants.”