Less than half of Americans believe the COVID-19 pandemic will be over by the end of 2022, while almost a quarter think it will never end at all, according to a YouGov/The Economist poll released Wednesday.

Out of 1,493 people surveyed between Oct. 9-12, 39% said the pandemic would end after 2022, while 22% said it would never end. The numbers represent a slight increase from a previous YouGov/The Economist poll in early August, where 35% and 21% of respondents thought so, respectively.

In the latest poll, only 27% believed the pandemic will cease to exist sometime during 2022, while 5% thought it will by the end of 2021. Just 8% said the pandemic was already over.

President Joe Biden’s voters were more pessimistic in the poll, with 50% believing the pandemic will not end until after 2022, while only 29% of former President Donald Trump’s voters felt the same way. The poll also shows that 16% of Trump voters thought the pandemic was already over, but 26% said it would never end, more than 15% of Biden voters. 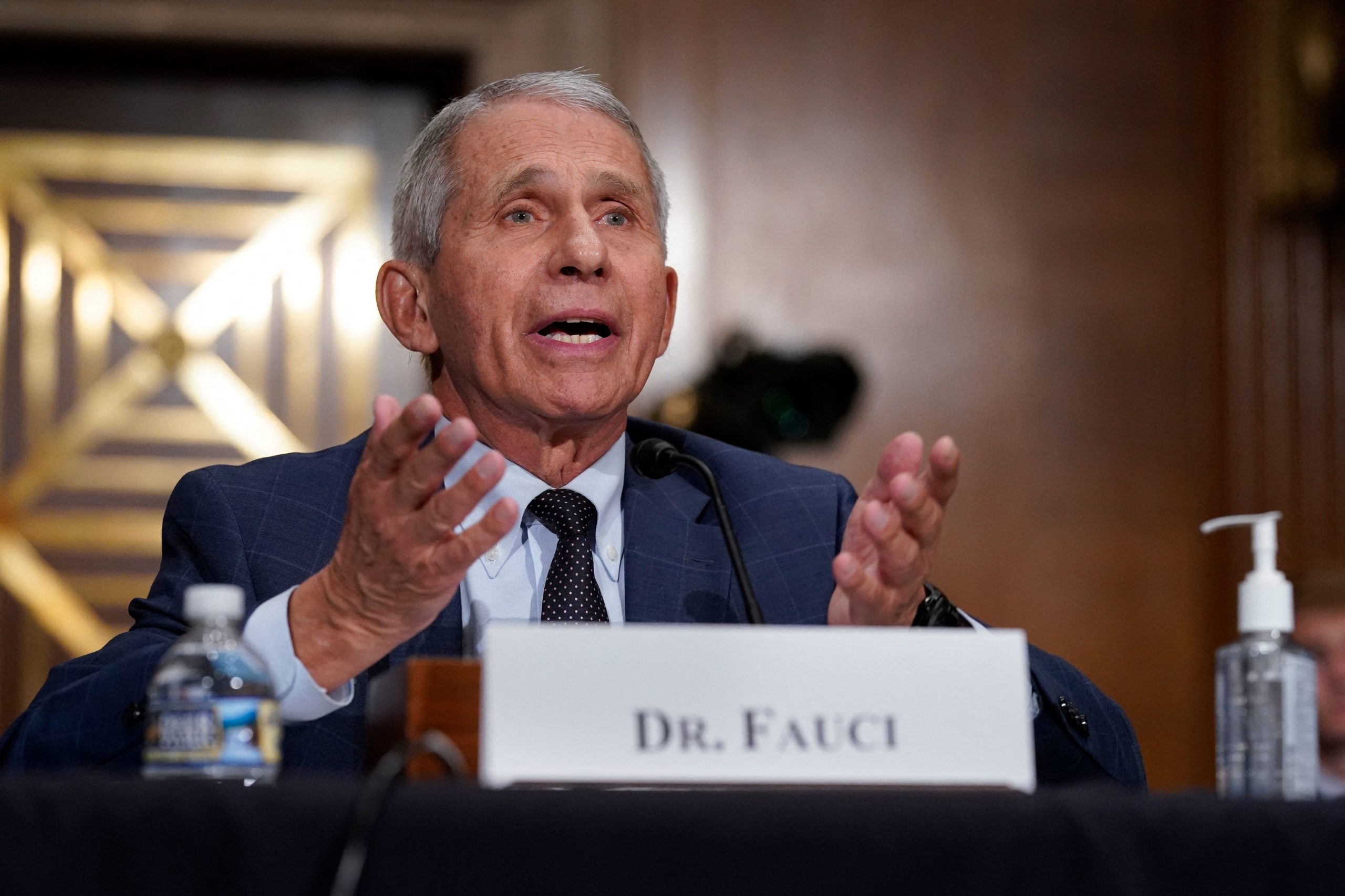 Dr. Anthony Fauci, director of the National Institute of Allergy and Infectious Diseases, responds to questions by Senator Rand Paul during the Senate Health, Education, Labor, and Pensions Committee hearing on Capitol Hill in Washington, DC on July 20, 2021. (Photo by J. SCOTT APPLEWHITE/POOL/AFP via Getty Images)

Vaccination rates in the U.S. have slowed in recent months, with only 56% of the population fully vaccinated against COVID-19, according to NPR. Director of the National Institute of Allergy and Infectious Diseases Anthony Fauci said in August that the country could start to see a “degree of normality” by Spring 2022, but it depended on more people getting the shot.

“This is a very wily virus,” Fauci told CNN’s Anderson Cooper. “If we keep lingering without getting those people vaccinated that should be vaccinated, this thing could linger on, leading to the development of another variant which could complicate things.” (RELATED: Reporter: ‘What Do You Make Of These Terrible Polls?’ Psaki: ‘People Still Won’t Get Vaccinated’)

Fauci didn’t specify what percentage of the U.S. population needed to be vaccinated in order to reach that threshold, Forbes reported. The estimate for “herd immunity,” where the virus would no longer be able to spread effectively, was thought to be 75-85% before the delta variant.

Current estimates for herd immunity “are about 85%, which means that almost all eligible for the vaccine now need to take it,” Dr. Ali Mokdad, Professor of Epidemiology at the University of Washington, told the Daily Caller in September.