Republicans in Congress plan to improve their messaging on climate change, conservation and the environment in an effort to win the support of Americans who deem the issue important.

“If we sit on the sidelines and are not willing to talk about it because we don’t like the Green New Deal, we won’t be successful,” Utah Rep. John Curtis told the Daily Caller News Foundation in an interview. “We’ve got to get Republican members of Congress comfortable talking about it, educated in the real facts and in the real science.”

In July, Curtis founded the House Conservative Climate Caucus, a first-of-its-kind caucus that has more than 70 GOP members. Chief among the groups’ core beliefs is that the climate is changing and humans have contributed to it through decades of global industrialization. (RELATED: Democrats Push For Green Energy Tax Credit Benefiting Union Workers In Budget)

But the caucus’ members have proposed free market, “America first” solutions to climate change in sharp contrast to Democrats’ big spending ideas. The Green New Deal, which progressives in Congress unveiled in 2019, is composed of various proposals to help the U.S. achieve net-zero emissions in the near term, which could cost Americans as much as $65,300 per household. 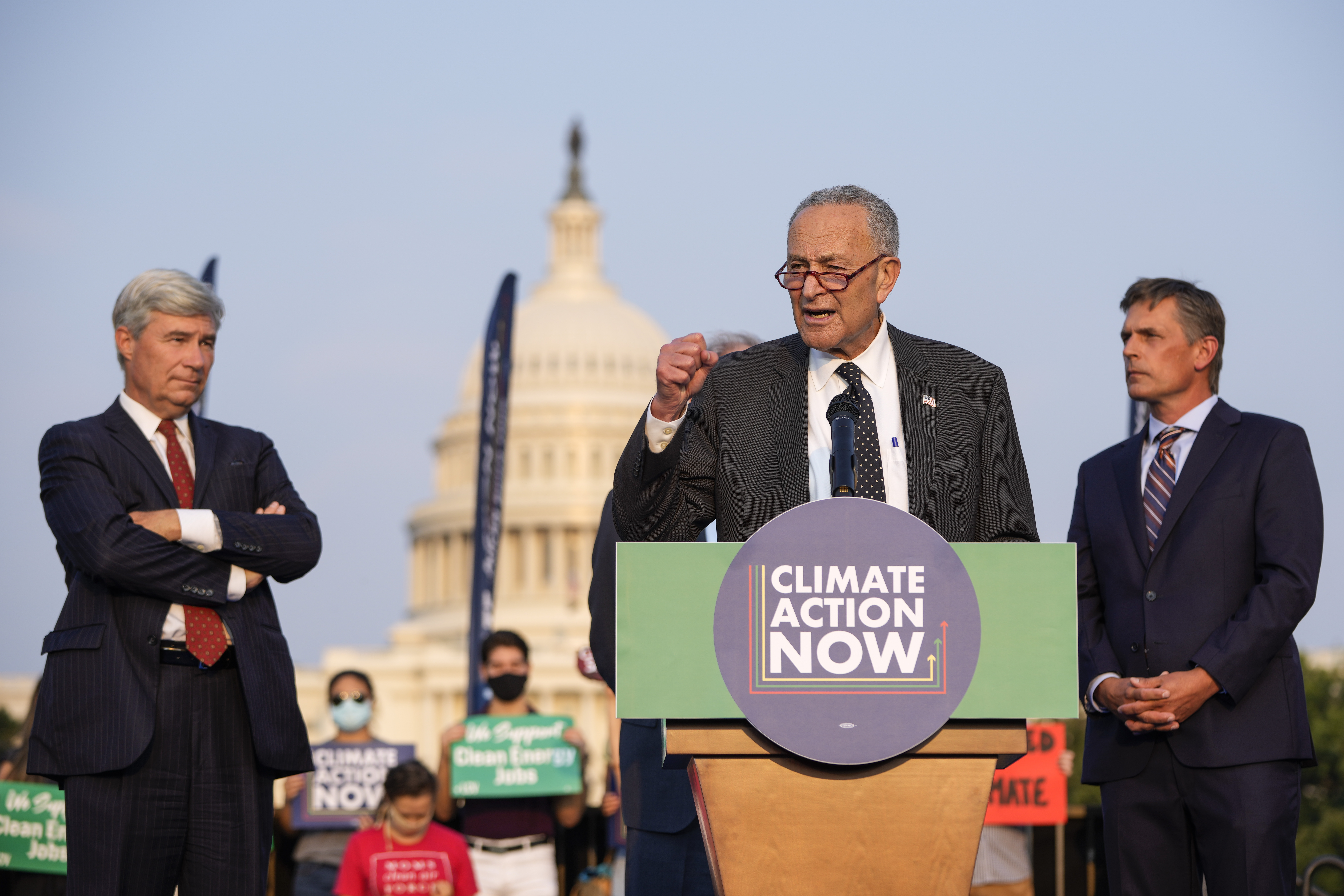 “There’s a strong feeling that we’re off track on our national dialogue and that the answer is right in front of us,” Curtis added, noting that he represents the youngest congressional district in the country. “If I can’t do it, we have no hope.”

A whopping 92% of young people who voted for President Joe Biden said climate change was either a very or a somewhat important issue for them, according to an October 2020 Pew Research Center survey. Just under half of Millennial and younger Republican voters believe the government isn’t doing enough to reduce the effects of climate change, a May 2020 Pew poll showed.

“The new thinking is: spur more technology and innovation to make affordable energy cleaner and then export America’s technologies around the world to help the planet address and tackle this crisis,” he continued. “That approach is the Republican approach.”

As we enter the 117th Congress, I’ll continue to look for and support innovative technology to combat climate change. I can’t step outside in Utah’s beautiful third district without wanting to leave it better than I found it. 💚💙 #Green117 #utpol pic.twitter.com/Nvj2B8OywV

‘We don’t stop and celebrate our successes’

The Utah congressman has advocated for improving nuclear energy infrastructure, relying less upon Russian-imported natural gas (LNG) which he said is produced less cleanly than it is in the U.S., exporting LNG to coal-dependent nations and investing in carbon capture projects, a technology that removes carbon dioxide emissions from the atmosphere. Natural gas produces half as much emissions as coal.

Curtis also said the government can do more to reduce emissions from hydrofluorocarbons (HFCs), a gas often found in cooling and refrigeration equipment. HFCs account for just 1% of global greenhouse gasses, but are significantly more potent than most other types, according to the Climate and Clean Air Coalition. 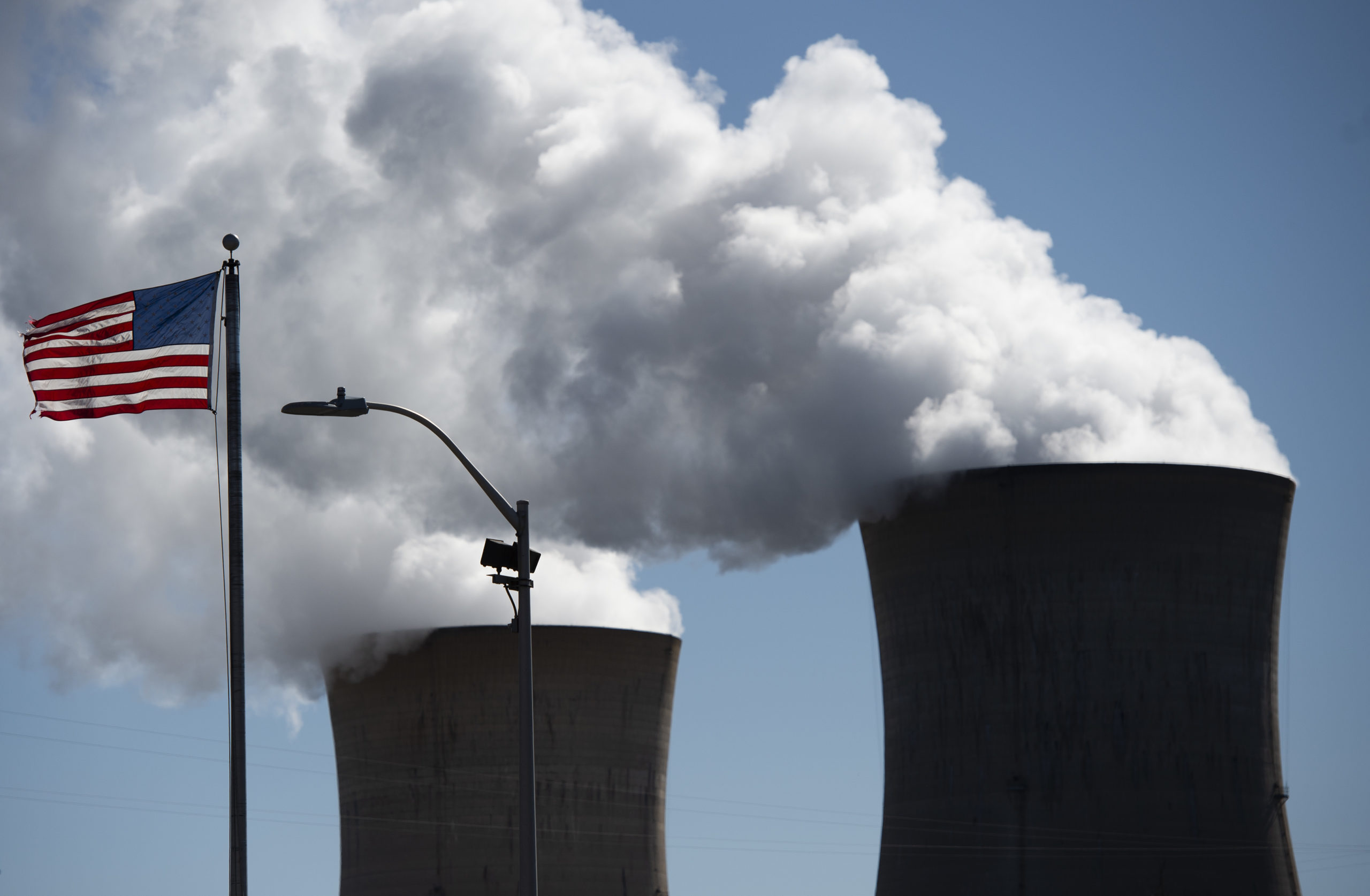 Steam rises out of the nuclear plant in Middletown, Pennsylvania on March 26, 2019. (Andrew Caballero-Reynolds/AFP via Getty Images)

In December 2020, former President Donald Trump signed the American Innovation and Manufacturing Act, which received Republican and Democratic support. The bill, first introduced by Republican Sen. John Kennedy in 2019, authorized the Environmental Protection Agency (EPA) to phase out HFC use over the course of 15 years.

The Biden administration unveiled a series of HFC regulations earlier this month in accordance with the 2020 law. EPA Administrator Michael Regan said it was a “major step towards addressing the climate crisis.” (RELATED: Flooding Could Wipe Out 25% Of Critical Infrastructure: REPORT)

“That was some pretty significant climate legislation that reduces hydrofluorocarbons by 85%,” Curtis told the DCNF. “That’s substantial and I think part of the problem sometimes in the climate movement is we don’t stop and celebrate our successes.”

Democrats also reached an agreement earlier this month to include tax credits for carbon capture projects in their $3.5 trillion budget, Reuters reported, in line with legislation introduced by House Minority Leader Kevin McCarthy last year that would bolster the technology. The amount of carbon emissions being captured from such facilities worldwide has increased nearly 50% in 2021 alone, according to a Global Carbon Capture and Storage Institute report published Tuesday. 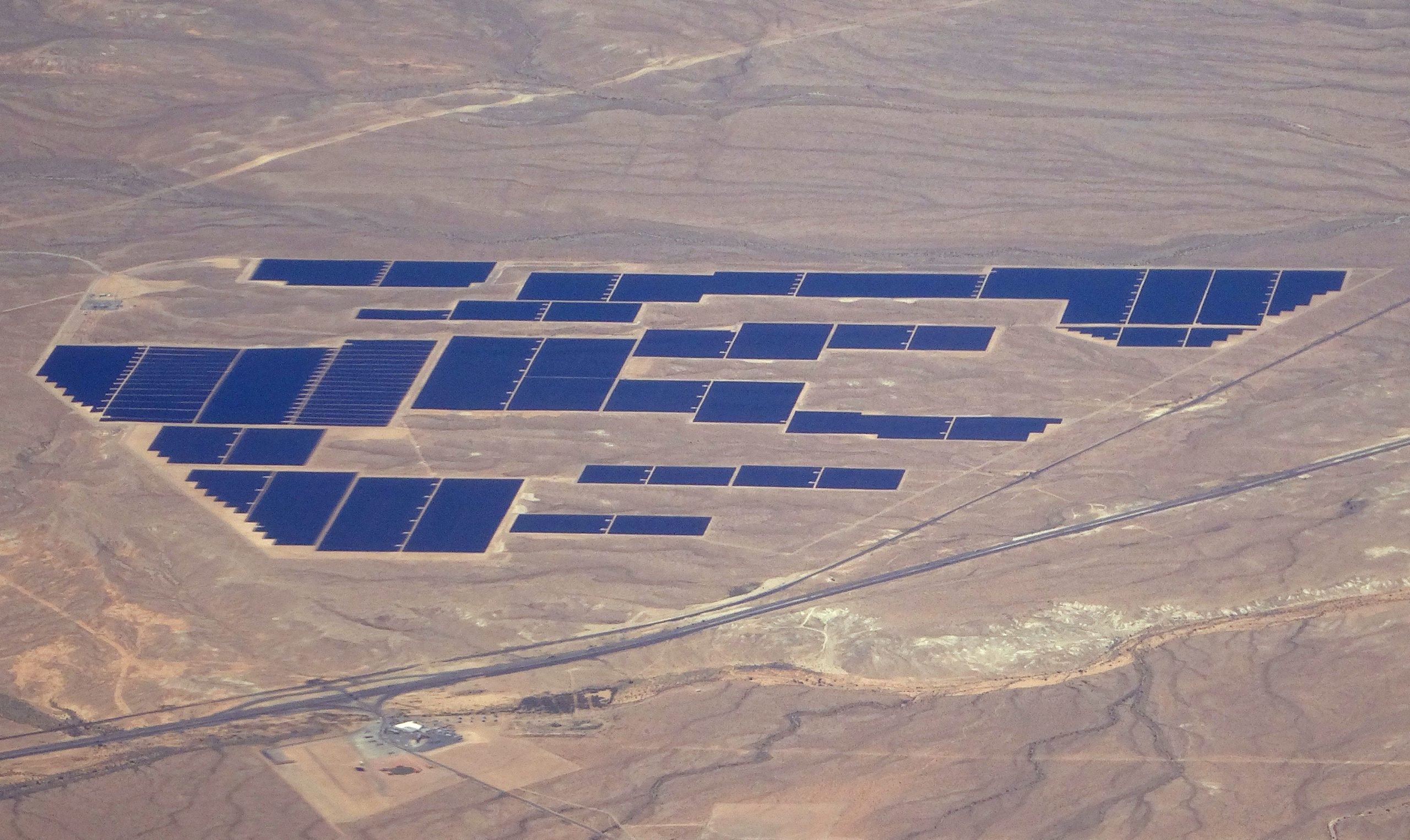 ‘We can’t just be against everything’

Democratic and Republican leaders on the Senate Energy and Natural Resources Committee additionally introduced the America’s Revegetation and Carbon Sequestration (ARCs) Act in September. The bill would fund tree-thinning in wildfire-prone areas to reduce emissions caused by forest fires and invest in revegetation, a natural carbon capture method, in other areas.

“The bill will support the economy by expediting the logging of damaged trees and enhancing revegetation projects,” Ranking Member John Barrasso, one of the bill’s sponsors, told the DCNF in a statement. “The ARCs Act will also reduce emissions and the threat of future fires by allowing for additional wildfire mitigation such as tree thinning in fire-prone forests.”

Barrasso also wrote the Nuclear Energy Innovation and Modernization Act, which received overwhelming support on both sides of the aisle and was signed into law in 2019. The bill supports the development of advanced nuclear reactors, a source of carbon-free energy.

“We can’t just be against everything,” Alaska Sen. Dan Sullivan, the ranking member of the subcommittee on climate change, said during a Sept. 27 speech delivered to the Citizens for Responsible Energy Solutions. “We have to have our own plan.” (RELATED: Biden Climate Pact Hobbles US Manufacturing And Agriculture But Gives China, India, Russia A Pass)

Sullivan added Republicans would soon unveil an extensive plan laying out in detail how the U.S. can lead on clean energy.

“It’s going to focus on clean energy, all of the above energy technology in a way that we think we can dramatically improve lives in America and all over the globe, reduce global greenhouse gas emissions, but also continue to grow our economy and create good paying jobs in middle class families,” the Alaska senator said. 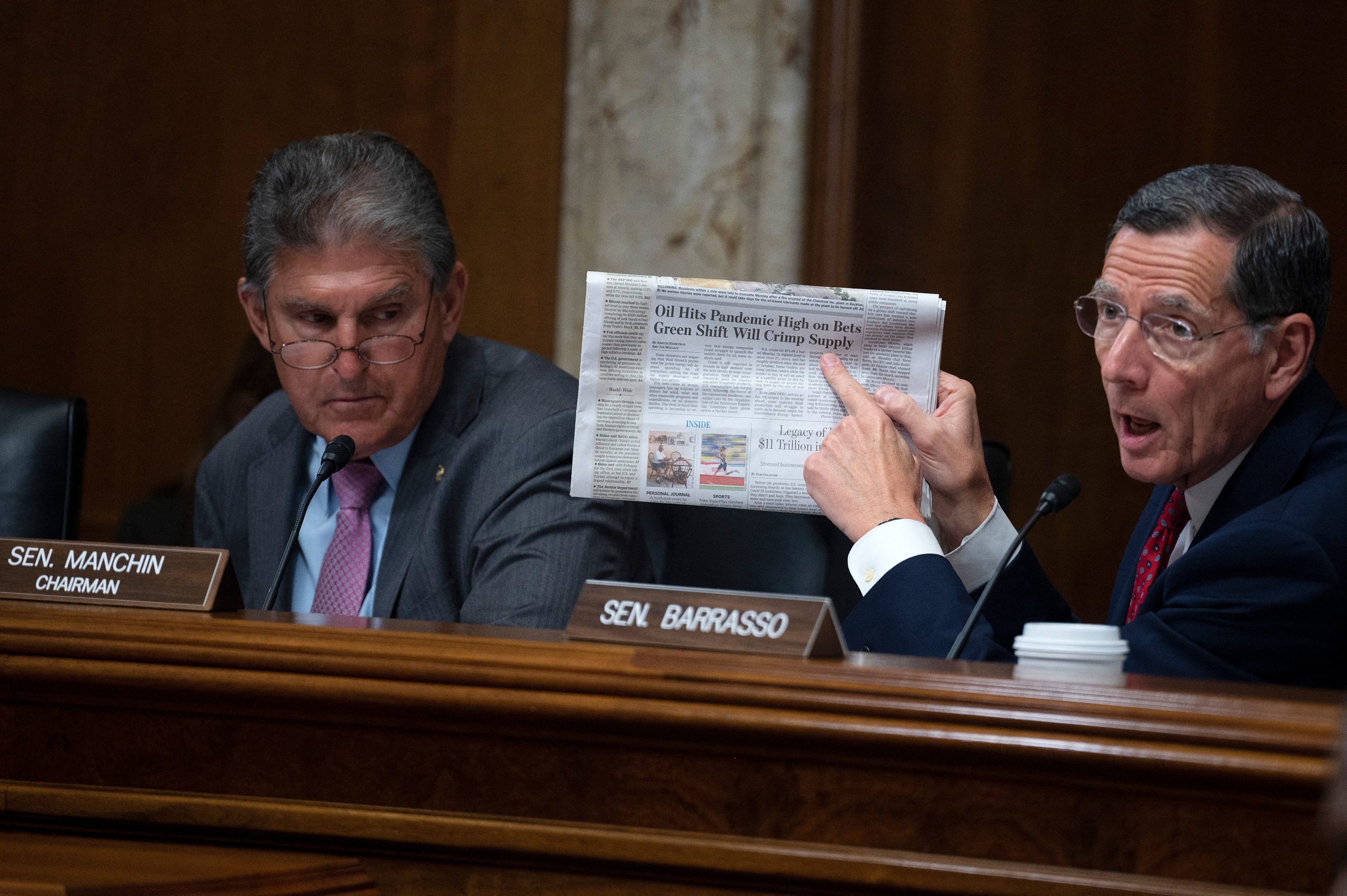 “Republicans have a great story to tell,” Republican Washington Rep. Dan Newhouse, who chairs the House Western Caucus, told the DCNF. “Conservation and conservatism go hand in hand. We believe in being wise stewards, smart stewards of the resources that we’ve been given and blessed with.”

“We believe that we can accomplish having cleaner air and cleaner water and, at the same time, maintain our competitive edge,” he added. (RELATED: ‘Devastating’: Biden Ignores Lawmakers’ Pleas, Orders Massive Expansion Of Utah Monuments)

Last week, the House and Senate Western Caucuses released a document signed by 13 senators and 27 congressmen, listing GOP conservation principles and policy ideas. The report was mainly in response to the Biden administration’s conservation plan, but also laid out a series of proactive “time-tested, science-based practices” the signatories said would improve the environment.

In May, the White House released its “America the Beautiful” Initiative, setting the goal of conserving 30% of the nation’s lands and waters by 2030. However, Western Caucus Republicans argued the plans outlined in the initiative “ring hollow” since the U.S. likely already conserves 30% of its natural resources and what constitutes “conservation status” has yet to be defined.

Newhouse said the Western Caucus based its report off the idea that people living closest to natural resources understand those resources “better than anybody in Washington, D.C.” The outlined principles support private and state property rights, suggesting the federal government shouldn’t intervene on such lands even for the sake of conservation. 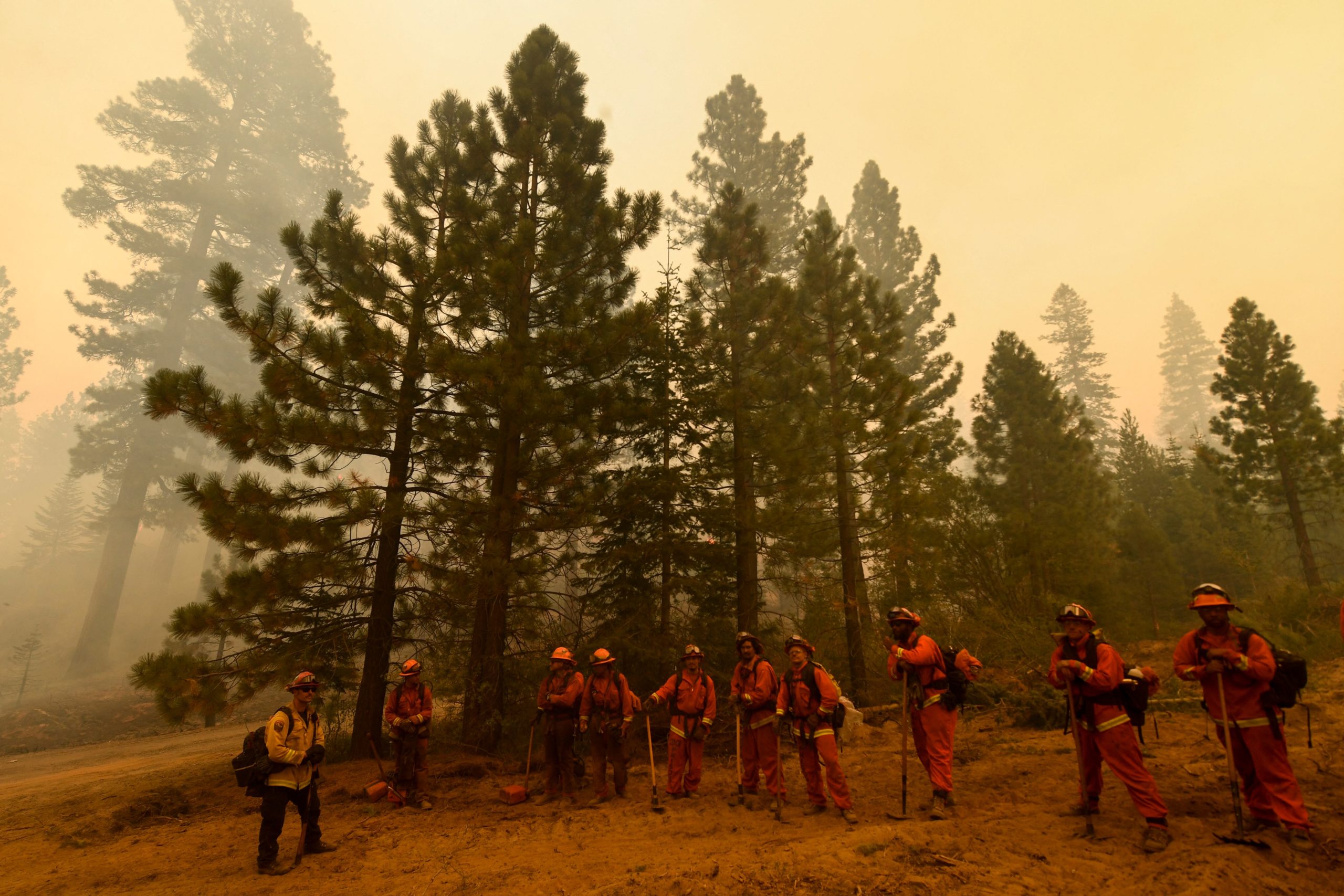 “Our proposal is a holistic, outcome-based approach and relies upon objective land health standards to be achieved through leveraging existing tools, resources, and partnerships and the collaboration of a diverse set of stakeholders,” the document stated. (RELATED: Is The Shift To Renewable Energy Propelling Us Into An Energy Crisis?)

The GOP report said the U.S. should prioritize forest health, combating invasive species, addressing the out-of-control wild horse population, improving national park infrastructure and increasing the number of clean water sources. It also encouraged the Biden administration to reform the approval process for conservation projects which it said is “unpredictable and inflexible.”

“If we are to restore healthy and resilient landscapes, we must maximize the conservation benefits provided by activities like grazing, hunting, logging, and mineral development,” the report added. “We also must leverage the expertise of our local partners including through the use of existing shared stewardship authorities and seek policies that further enhance these tools.”

“We need an all-hands-on-deck, collaborative approach if we are to reach our conservation ambitions,” it continued.