Trucks are a crucial part of the U.S. supply chain, transporting everything from food to machinery, but a commercial truck driver shortage is causing serious disruptions to the economy and beginning to hit consumers where it hurts.

Chris Thropp, president of the SAGE Corporation, said a nationwide truck driver shortage had become a problem for the industry even before the COVID-19 pandemic, according to CBS 21. A shortage of around 60,000 truck drivers was reported in 2019, but that number has since grown to around 100,000 this year.

“There are so many choke points in the supply chain,” Thropp said. “I don’t know that anybody really knows how long it’s going to take to unwind all of this and hope that it doesn’t grind to a halt.”

Trucks account for roughly 73% of the nearly 12 billion tons of freight transported across the U.S. each year, according to the American Trucking Associations (ATA). Around 8 million people worked in the sector prior to the pandemic, and job growth had been improving modestly from past years. 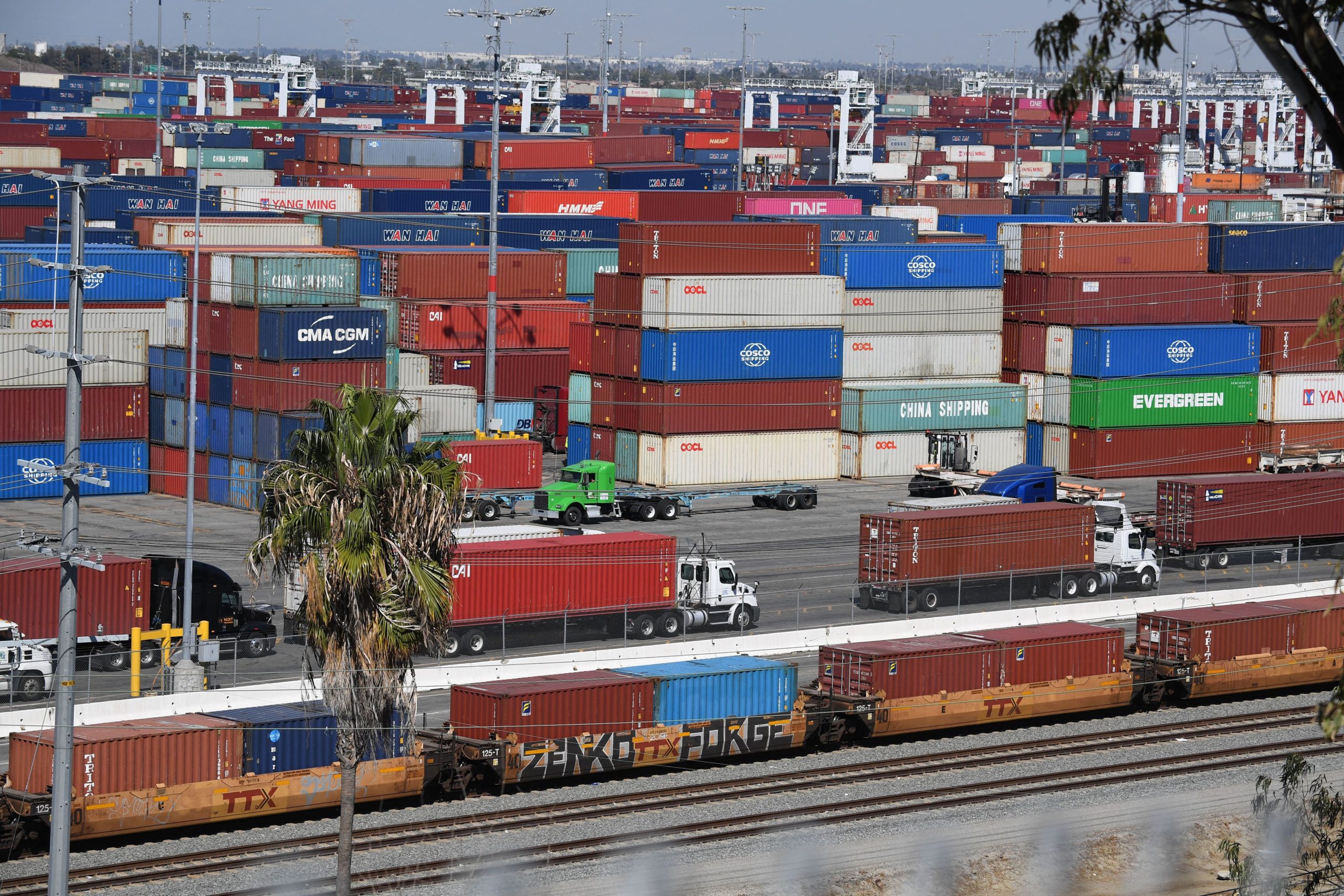 Trucks wait in line at the Port of Los Angeles, in San Pedro, California, October 13, 2021 (Robyn Beck/AFP via Getty Images)

But a dramatic increase in consumer demand that occurred during the course of the pandemic, coupled with sustained disruptions in labor markets and various sectors of the economy, has now led to an unprecedented shortage of commercial truck drivers.

“There is not a day that goes by that we don’t get a call from a trucking company saying we need drivers, and we’re increasing our pay and we’re making it better from a lifestyle standpoint trying to get people home,” Thropp said, according to CBS 21.

The labor market has become more chaotic in recent months as a record number of Americans are quitting their jobs. Roughly 2.9% of the workforce left their positions in August, or roughly 4.3 million people, according to a Bureau of Labor Statistics (BLS) report. (RELATED: Food Prices Increasing As Companies Face Supply And Labor Shortages)

Chris Markowski, the host of the podcast “The Watchdog On Wallstreet,” told the Daily Caller News Foundation that the number of people leaving the workforce can be attributed to government benefits being paid to workers, including child tax credits and unemployment insurance that increased during the pandemic. 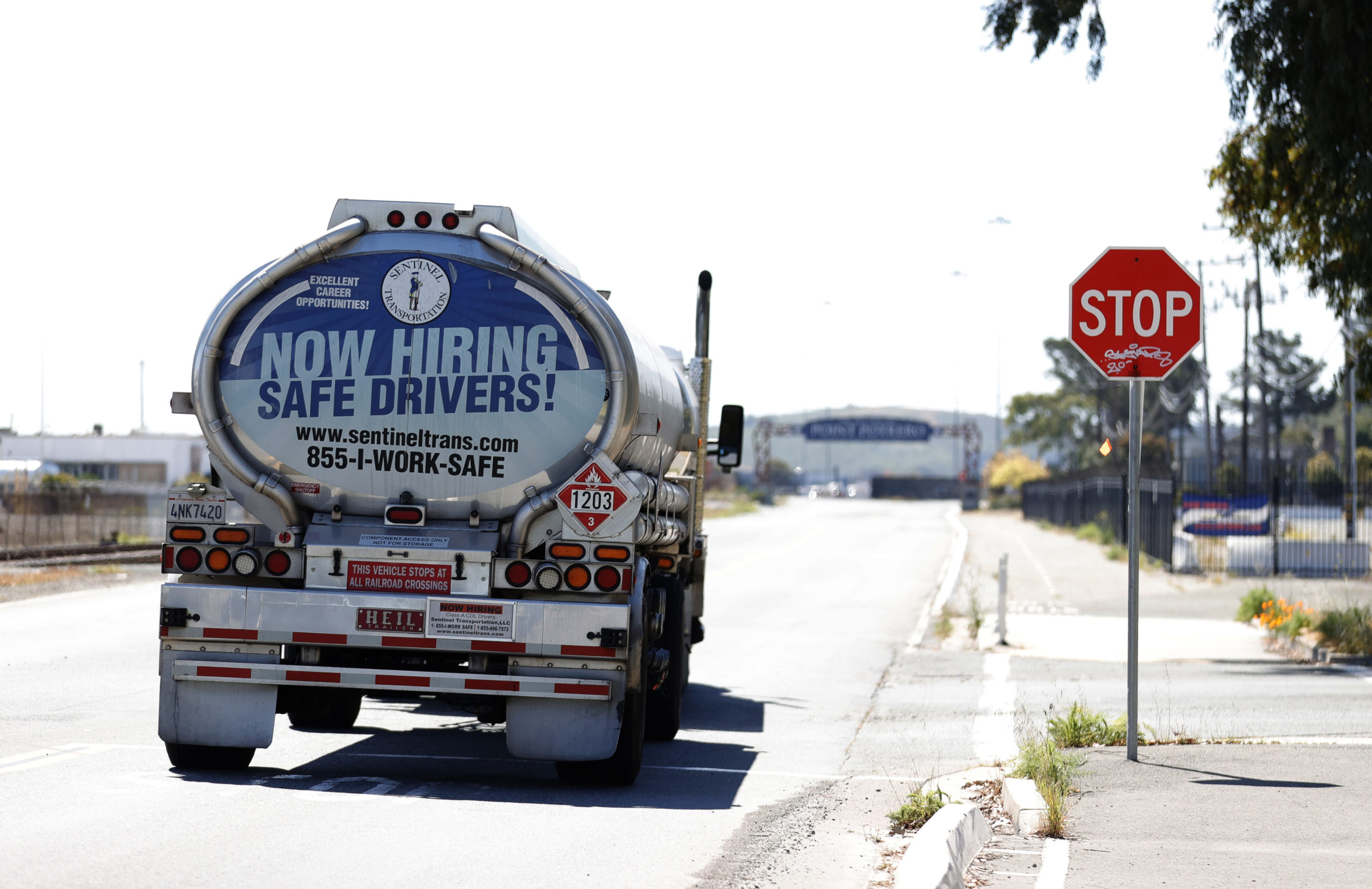 A now hiring advertisement appears on the back of a fuel trucks on April 29, 2021 in Richmond, California (Justin Sullivan/Getty Images)

Other experts told the DCNF that President Joe Biden’s new vaccine mandate for private companies with 100 or more employees is further hollowing out an already thin labor market.

But it’s unclear whether these policies, which appear to be impacting the retail and healthcare industries in particular, are having a considerable impact on the commercial truck driving industry.

Bruce Busada, president of a truck driver training school, told NPR during an interview Wednesday that wages in the trucking industry have grown since the pandemic. He noted that truckers today can make at least $60,000 a year in their first year, almost 30% more than the median wage of truck drivers in May 2020, according to the BLS.

“It’s gone up quite a bit,” Busada said of truckers’ wages. “And the benefits have always been there. They’ve had the benefits with the bigger companies. Even the local companies, they have benefits, 401(k)s and insurance and all that health insurance.”

Among the largest issues influencing the commercial truck driver shortage is the demographic trends of the current workforce. A significant cross-section of the industry’s labor pool is made up of older, male workers. 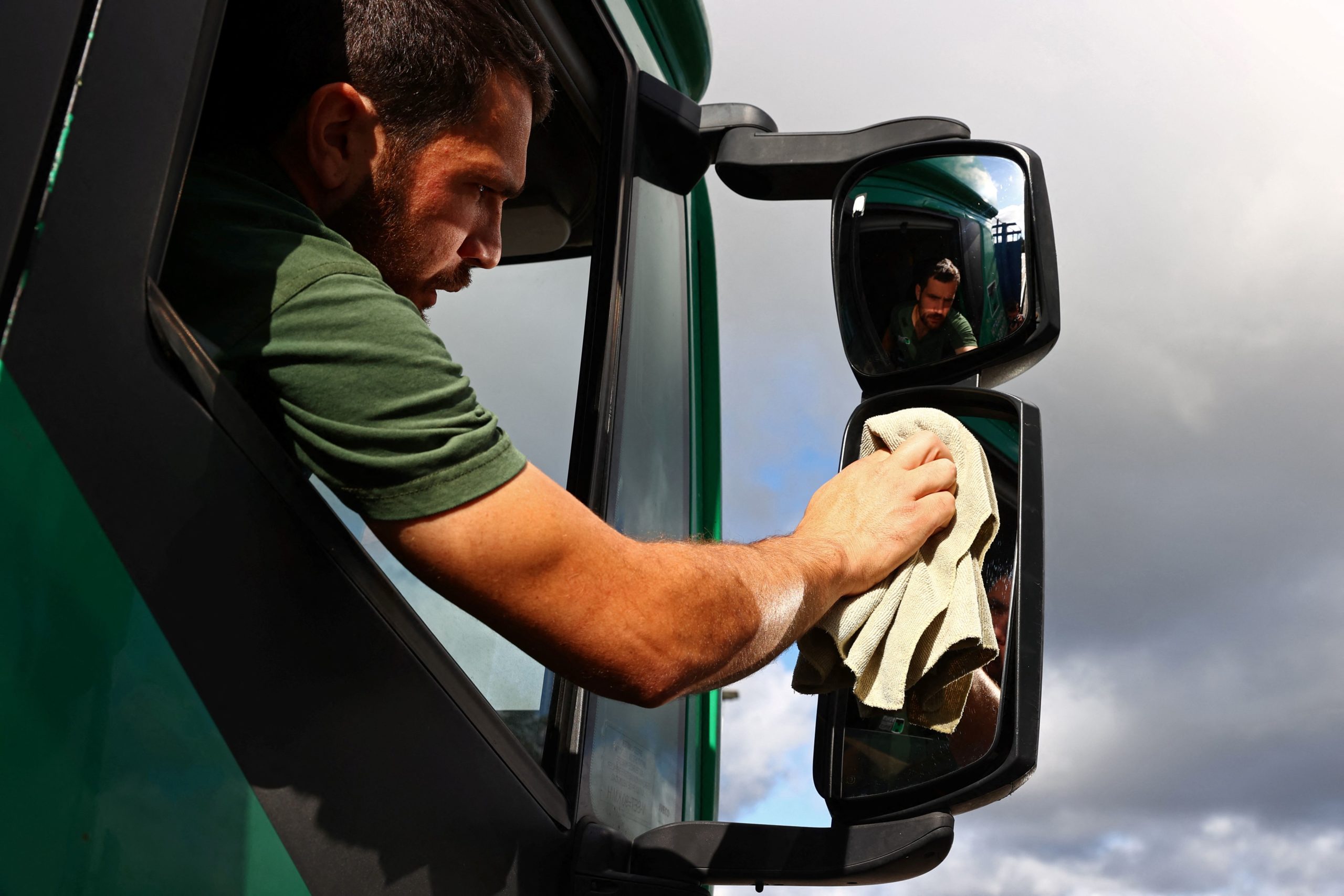 A man taking a break from driving at Ashford International truck stop on October 5, 2021 (Adrien Dennis/AFP via Getty Images)

The trucking labor pool is almost entirely made up of men, as women account for just 7.8% of commercial truck drivers despite making up 47% of the nation’s workforce. Experts note the industry is only tapping into one-half of the population, potentially missing out on a larger pool of truckers. (RELATED: Psaki Says ‘Coming Out Of A Pandemic’ Is The Perfect Time For Fundamentally Changing US Economy)

“The industry has had a hard time recruiting females and younger people. And I think it’s just the image,” Busada said. “We’ve not done a good job of — you know, it’s not ‘Smokey The Bandit’ anymore. The trucks are really high-tech. They have a lot of safety features.” 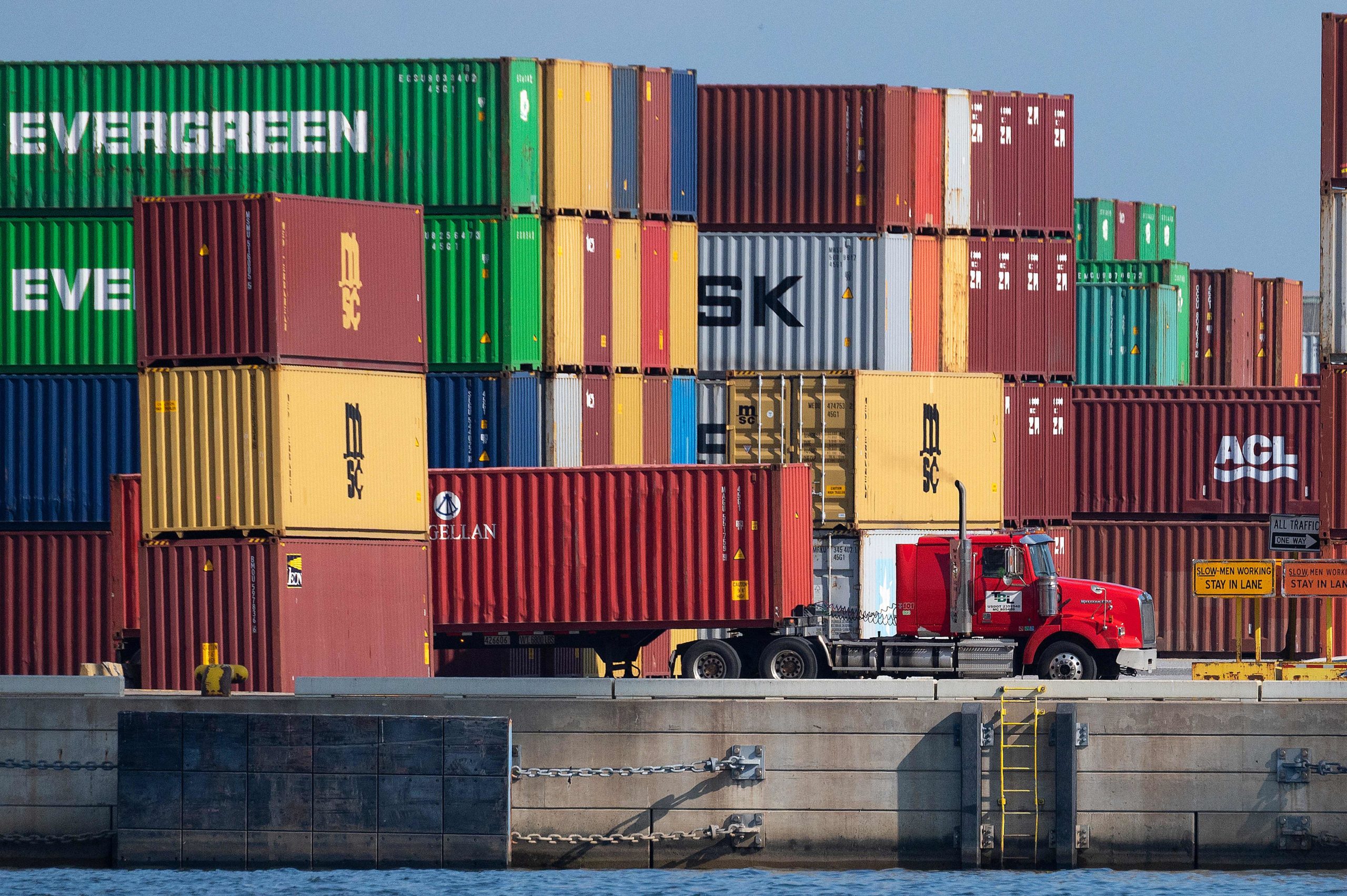 A truck driver passes stacked cargo containers at the Port of Baltimore in Baltimore, Maryland, on October 14, 2021 (Jim Watson/AFP via Getty Images)

But some experts think financial incentives won’t help address the trucking industry’s demographic hurdles, even after pandemic-era fluctuations in the labor market have receded, CBS 58 reported.

“We’re really not solving the shortage issue. We need to get more people into the industry,” said truck driving instructor Dan Zdrojewski, according to the outlet.