The White House is concerned that rising energy costs will continue to increase inflation and set the U.S. economic recovery back, according to Politico, which confirmed a Reuters report. The precise details of talks between Biden and the oil industry, which the president has strongly criticized, remained unclear.

“We are closely monitoring the cost of oil and the cost of gas Americans are paying at the pump,” an unnamed White House official told Reuters. “And we are using every tool at our disposal to address anti-competitive practices in U.S. and global energy markets to ensure reliable and stable energy markets.”

Oil and natural gas prices in the U.S. and abroad have touched multiyear highs in recent weeks as suppliers struggle to meet heightened demand. The Organization of the Petroleum Exporting Countries also doubled down on its output plan, rejecting a Biden administration request made in August to boost oil production. (RELATED: White House Downplays Rising Energy Prices, Says ‘Climate Crisis’ Is More Important) 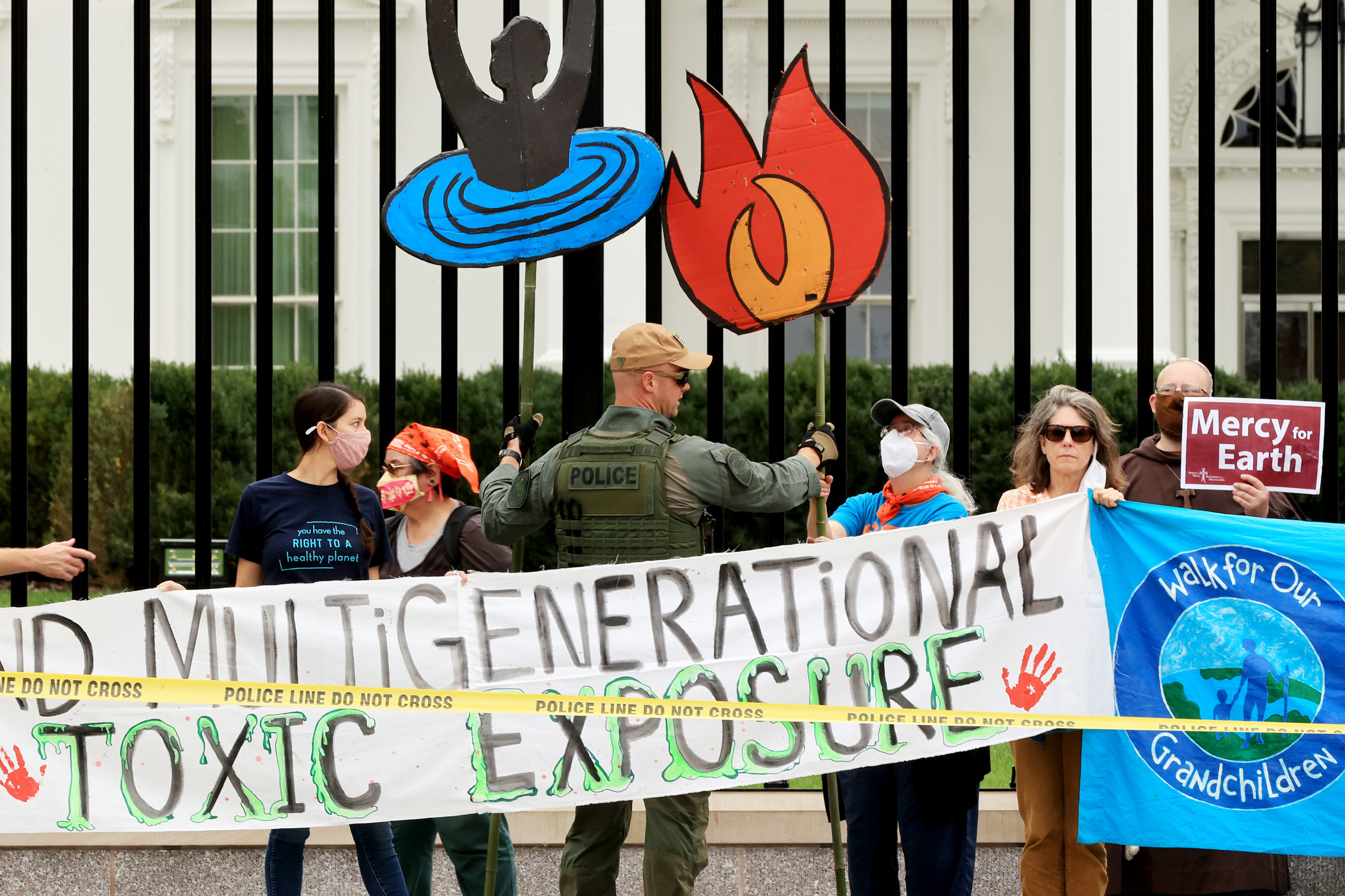 U.S. Park Police SWAT officers take signs away from demonstrators before they are arrested outside the White House during the ‘Climate Chaos Is Happening Now’ protest on Wednesday. (Chip Somodevilla/Getty Images)

Heating oil, natural gas, propane and electricity prices are all expected to surge for Americans over the winter, according to an Energy Information Administration report published Wednesday. The average cost of gasoline, closely tied to crude oil prices, and gasoline hit $3.30 per gallon Thursday, AAA data showed.

“I’m actually not aware of any contact with oil and gas companies around this particular issue,” White House Press Secretary Jen Psaki said Wednesday when asked about the Reuters report.

Psaki also confirmed that Energy Secretary Jennifer Granholm, Agriculture Secretary Tom Vilsack and Secretary of State Antony Blinken met to discuss rising fuel prices on Tuesday evening. Granholm said last week that the U.S. may soon be forced to release some oil from its emergency reserve system, according to the Financial Times.

“Senior staff is preoccupied with trying to identify options to bring down oil prices, which they believe are driving [the] inflation uptick,” energy lobbyist and RBJ Strategies strategist Stephen Brown told Politico. “Some producers will talk to them, but it is also not like they have a lot of friends in this sector.”

The American Petroleum Institute, a major interest group representing the oil and gas industry, has been critical of many of Biden’s policies. Revoking the Keystone XL pipeline’s federal permit would “undermine North American energy security,” the group said in January.