The 37-year-old Danish man in police custody for allegedly killing several people in Norway while armed with a bow and arrow was previously flagged for radicalization, according to officials, the Associated Press reported.

“There earlier had been worries of the man having been radicalized,” regional police chief Ole B. Saeverud said Thursday, describing the suspect as a Muslim convert, the AP reported.

Four women and one man between the ages of 50 and 70 were allegedly killed Wednesday when the suspect opened fire in downtown Kongsberg, the AP reported. Three other people were injured in the attack.

“I saw them hiding in the corner,” Erik Benum, a witness, told the AP. “Then I went to see what was happening, and I saw the police moving in with a shield and rifles. It was a very strange sight.” (RELATED: 300 Marines Arrives In Norway Right Near Russia’s Border)

Police said they initially made contact with the suspect before the killing spree, but he escaped, the AP reported. “From what we know now, it is reasonably clear that some, probably everyone, was killed after the police were in contact with the perpetrator,” Saeverud said. 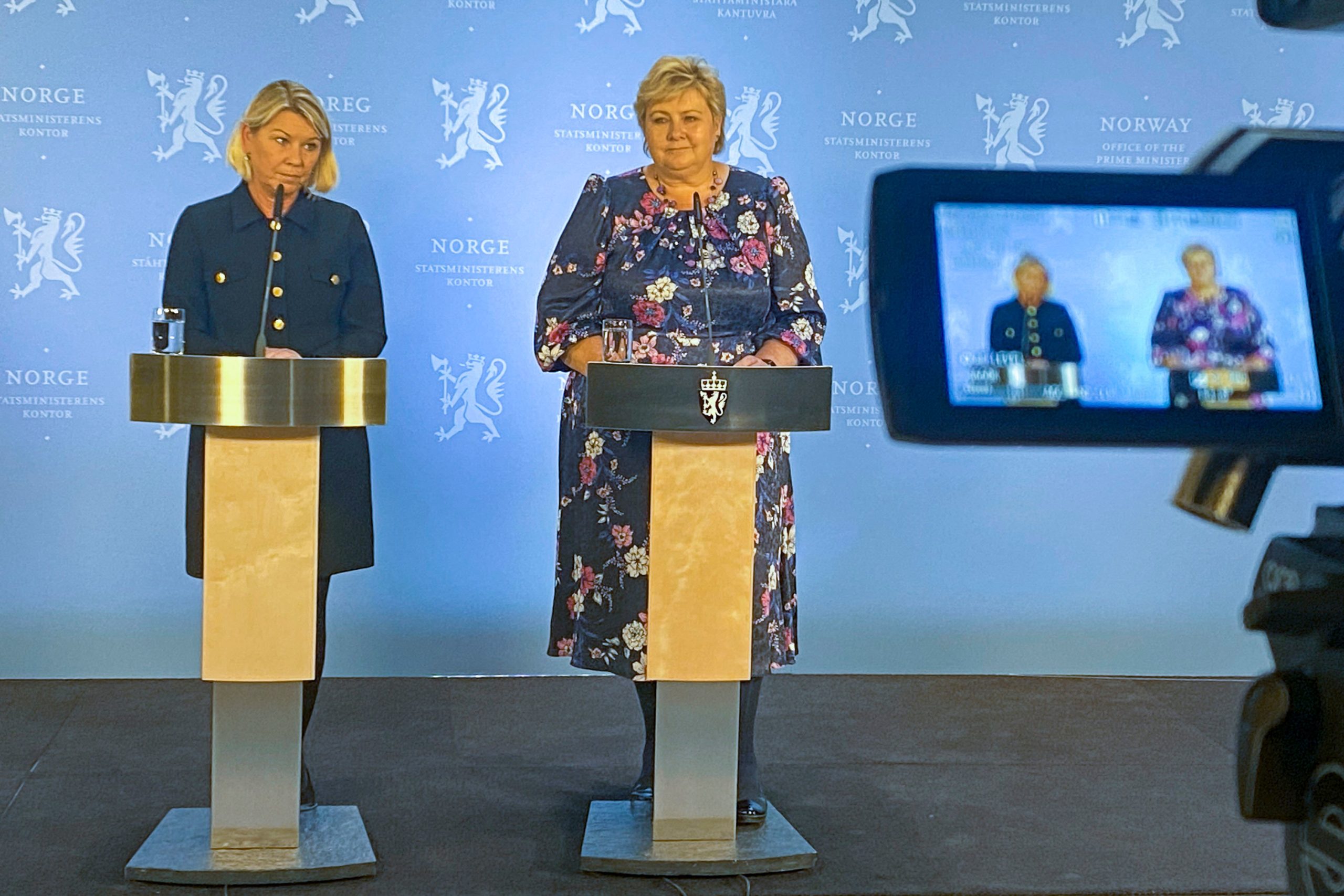 Norway’s Prime Minister Erna Solberg (R) and Norway’s Minister of Justice Monica Mæland hold a press conference after a man armed with bow killed several people before he was arrested by police in Kongsberg, Norway on October 13, 2021. (Photo by OLE BERG-RUSTEN/NTB/AFP via Getty Images)

Norwegian Police Security Service (PST) said the suspect’s actions “currently appear to be an act of terrorism,” the AP reported. Svane Mathiassen, the prosecutor, said the bow and arrows were only one weapon the suspect had in his arsenal and The Guardian later reported the five victims who died had actually been stabbed.

The country has a low crime rate, with mass killings a rare occurrence, the AP reported. The incident immediately drew comparisons to when a right-wing domestic extremist killed 77 people with a bomb, a rifle and a pistol a decade ago.

Norwegian King Harald V said citizens have “experienced that their safe local environment suddenly became a dangerous place,” the AP reported. “It shakes us all when horrible things happen near us, when you least expect it, in the middle of everyday life on the open street.”