Davis, the ranking member of the Committee on House Administration, asked in the letter what specific changes the Fulton County Board of Registration and Elections plans on making and how they plan on fixing the 300 allegedly destroyed ballots. (RELATED: Two Election Employees Fired For Allegedly Shredding Voter Applications In Georgia)

“America has the best elections system in the world with multiple layers of checks and balances, but when voters hear about issues like this one in Fulton County, they become discouraged in our system and fearful their vote won’t count so it’s incredibly important to show voters that the problem has been fixed. Democrats don’t like to talk about voter confidence as an important part of increasing voter participation, but it’s critical to getting more people to vote,” Davis told the Daily Caller.

“If you think your vote won’t count, then it’s unlikely you’ll show up to the polls at all. Helping voters have confidence in our elections needs to be our top priority,” Davis added. “Unfortunately, this isn’t the first time we’ve seen serious issues in Fulton County and there clearly needs to be greater oversight of Georgia’s largest county. I’m glad this issue was caught and hope to hear from the county on how they plan to correct this problem.” 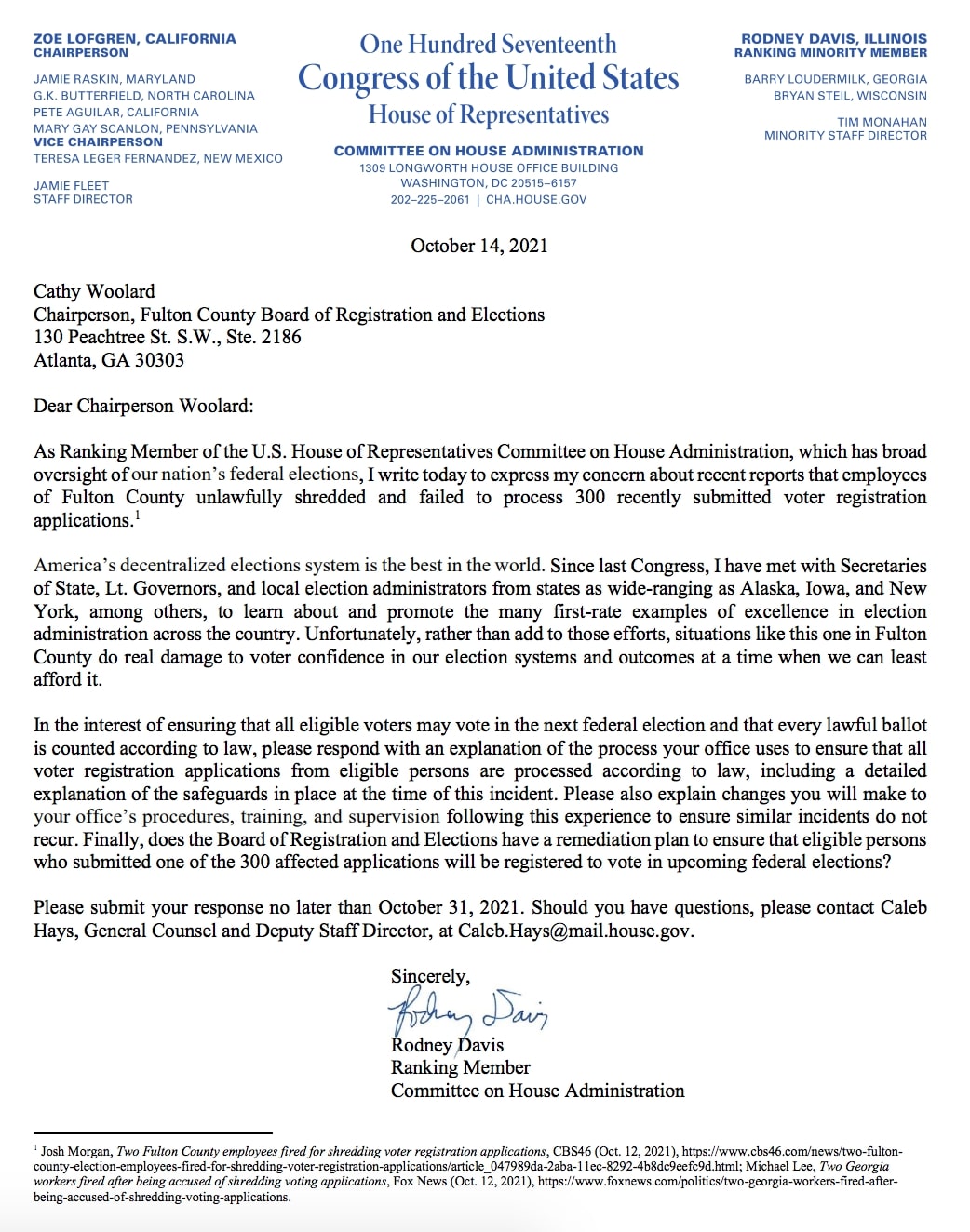