The legislation, first obtained by the Daily Caller, has three co-sponsors who are all members of the Doctors Caucus: Texas Rep. Michael Burgess, Texas Rep. Brian Babin and Iowa Rep. Mariannette Miller-Meeks. The Freedom Act would require all federal agencies and departments to issue a report on the number of employees who have quit or will quit because of the vaccine mandate, and to estimate the cost and time associated with filling those positions.

Before introducing the legislation, Jackson told the Daily Caller that he has received the COVID-19 vaccine and believes vaccine mandates will crush the economy and should be outlawed. (RELATED: EXCLUSIVE: House Republicans Introduce Bill To Prevent Biden Administration From Enforcing Vaccine Mandates Upon Americans)

“I got the COVID-19 vaccine and I continue to encourage my constituents to ask their doctor if the vaccine is right for them. The bottom line is this: your health decisions are between you and your doctor, NOT between you and Joe Biden,” Jackson said. “I am disgusted by Biden’s brazen decision to ignore the law, embrace authoritarianism, and show a total disregard for our freedoms with his proposed vaccine mandate.”

Jackson also told the Daily Caller that Biden’s mandates are “likely unconstitutional” and that it is not just low-skilled jobs that will go unfilled. 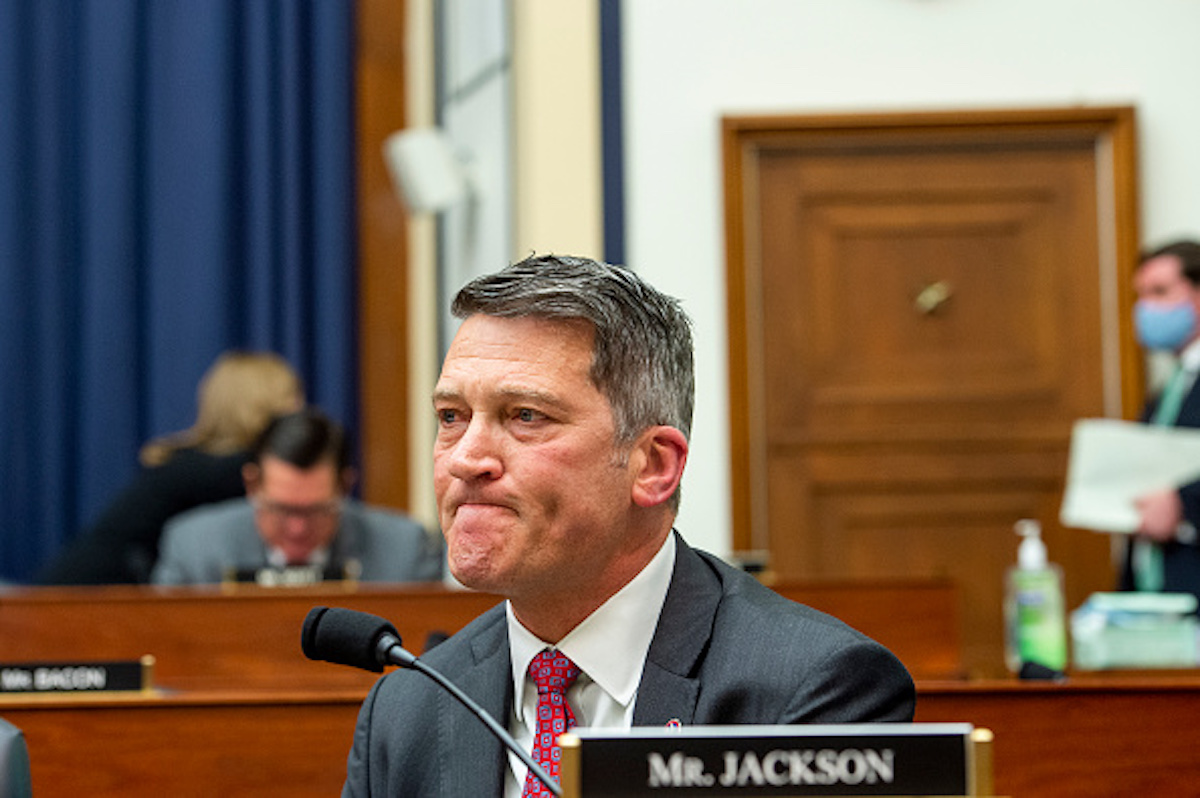 Rep. Ronny Jackson (R-TX) reacts after asking Gen. Mark A. Milley, Chairman of the Joint Chiefs of Staff if he would resign during a House Armed Services Committee hearing on Ending the U.S. Military Mission in Afghanistan in the Rayburn House Office Building at the U.S. Capitol on September 29, 2021 in Washington, DC. (Photo by Rod Lamkey-Pool/Getty Images)

“I have heard from constituents who work at Pantex in my district who would rather lose their job than be forced to get the vaccine. Pantex is where all U.S. nuclear weapons are assembled and disassembled, so we are talking about classified, high-skilled roles that cannot be filled overnight. In addition, I have heard from numerous nurses who refuse to be forced into getting the vaccine.”

Jackson also told the Caller that the U.S. cannot afford to lose nurses amid the pandemic and that he has heard from many constituents who are nurses and refuse to get the COVID-19 vaccine. (RELATED: EXCLUSIVE: Senate Republicans To Introduce Legislation To Block Federal Agencies From Requiring Proof Of Vaccination)

“The cure cannot be worse than the disease. I urge my colleagues to join in support of the FREEDOM Act. We must show the Biden Administration, and the American people, how this disastrous forced vaccination policy will impact the workforce and waste taxpayer dollars,” Jackson added.

In the Senate, a group of Republicans introduced legislation that would protect Americans’ personal health records and prohibit a number of federal agencies from requiring proof of vaccination or the use of a vaccine passport.

The Pentagon will require all military service members to get vaccinated against COVID-19.