Wind energy, like solar, is often unreliable since it is intermittent, or highly dependent on nature and out of the control of suppliers, according to the experts. Higher reliance on wind to produce even a fraction of a nation’s energy supply, therefore, could lead to higher prices depending on the weather.

“Both wind and solar have Achilles heels in that they’re intermittent,” Dan Kish, a senior fellow at the Institute for Energy Research, told the Daily Caller News Foundation in an interview.

Interior Secretary Deb Haaland announced Wednesday that the administration would fund up to seven offshore wind farms across the country, which would have a total capacity of 30 gigawatts by 2030, enough energy to power 10 million homes. The plan is part of Biden’s ambitious plans to cut U.S. emissions 50% by 2030 and have a 100% carbon-free electricity grid by 2035. 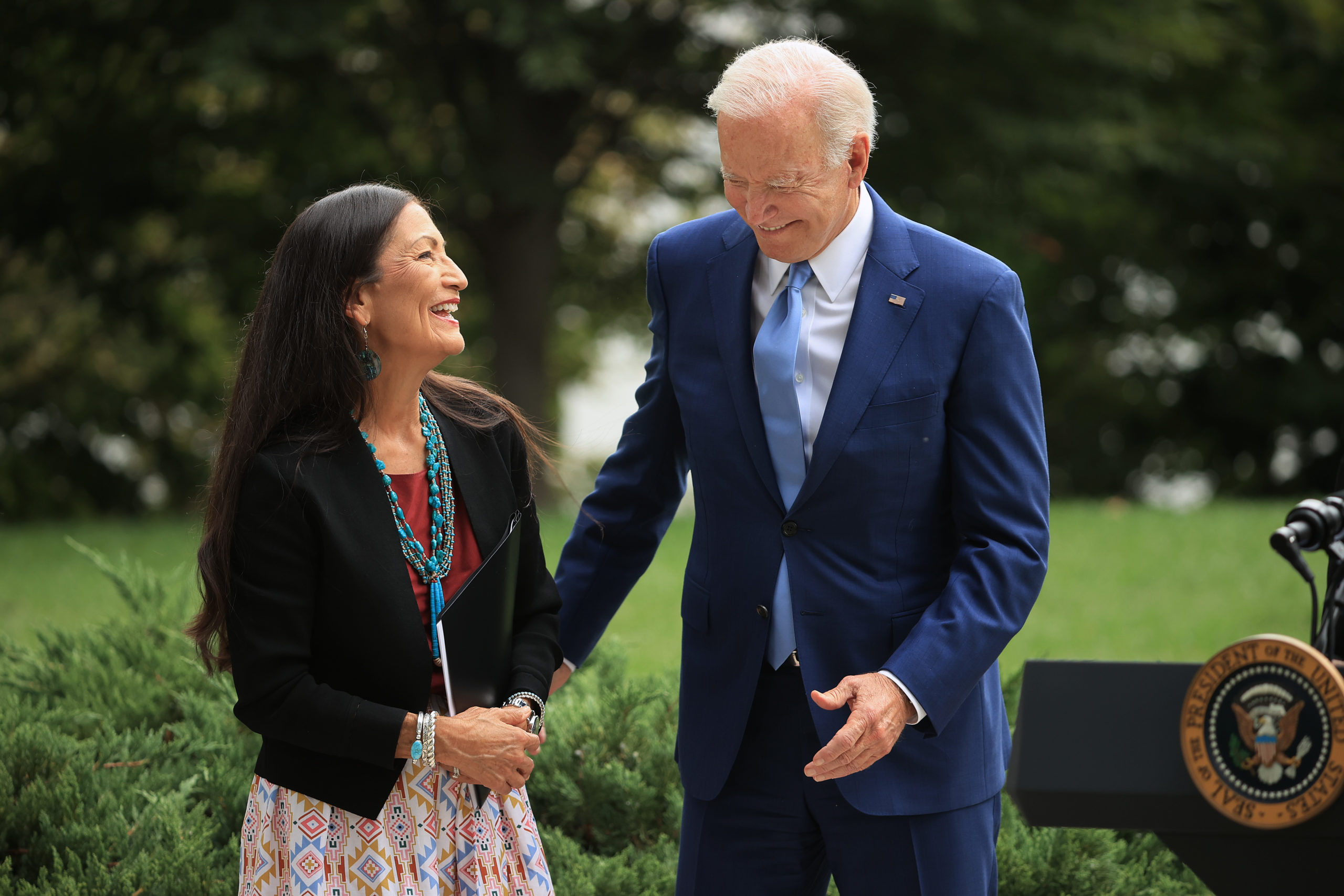 President Joe Biden and Secretary of the Interior Deb Haaland laugh during a ceremony at the White House on Oct. 8. (Chip Somodevilla/Getty Images)

“It is amazing that they’re touting wind at the very time when the EU is going through an energy crisis, in which they’re shutting down factories, fertilizer production, agricultural processing because their wind isn’t working,” Kish continued. “And it’s driven up the cost of energy to replace it.”

“That the Biden administration is out there touting it and we want to go in the same direction they’ve gone in, I don’t know, you can’t make this stuff up,” he said. (RELATED: Vast Majority Of Top Fossil Fuel Companies Don’t Plan On Abandoning Oil And Gas Anytime Soon: REPORT)

Europe has experienced sharp increases in oil, natural gas and coal prices over the last several months, leading to the demise of at least 12 utility companies in the U.K. alone, according to Forbes. The high prices were largely triggered by Europe’s rapid shift to renewable energies over the last decade, The Wall Street Journal reported.

Lower than expected wind gusts led to lower energy production and thus a sudden shift back to fossil fuel, according to the WSJ. European utilities have even been switching back to coal which is more carbon intensive than either oil or natural gas. 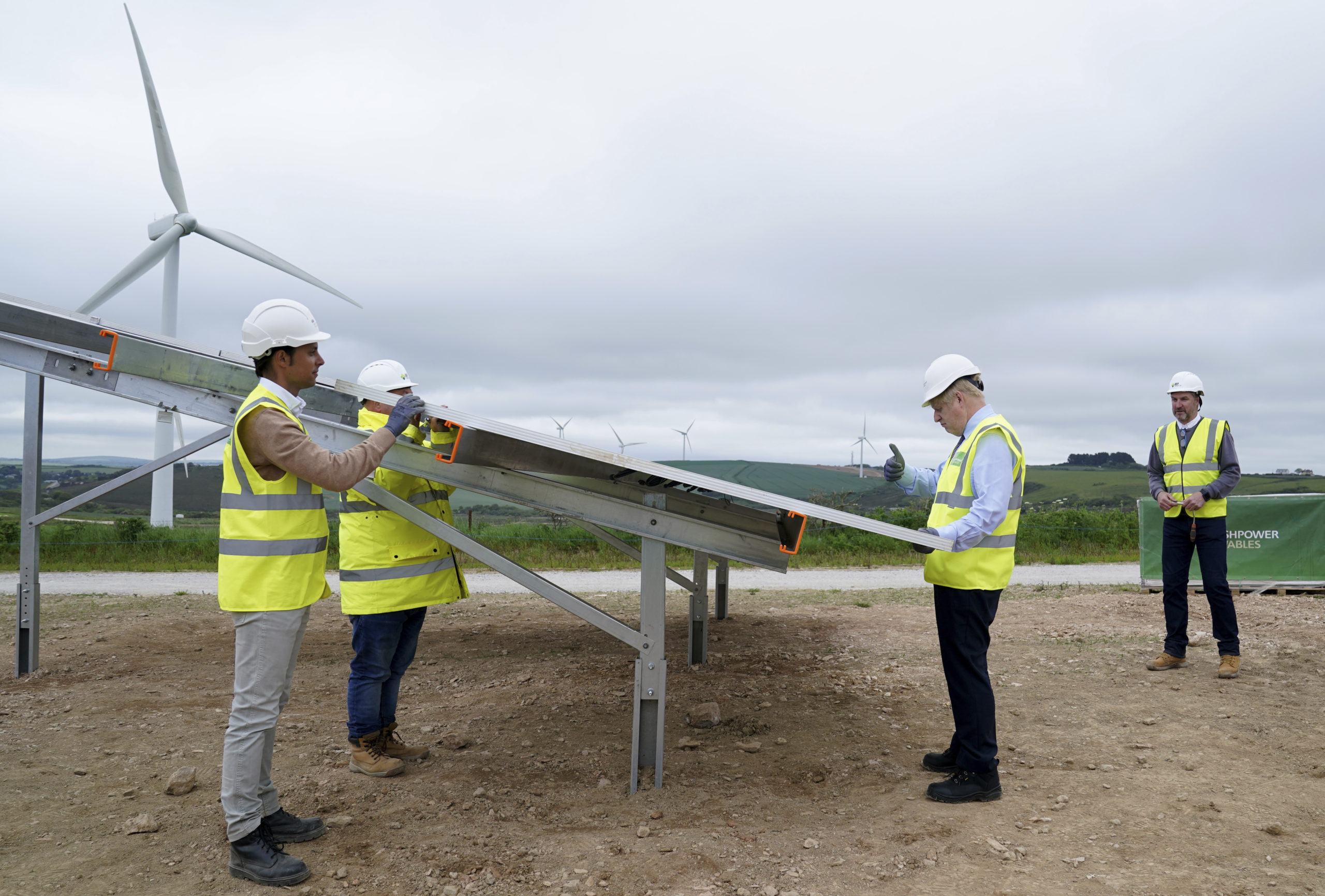 “Often, you’re pairing clean energy from wind with dirty energy from natural gas in order to be able to allow the wind into the grid itself,” American Institute for Economic Research senior faculty Ryan Yonk told the DCNF. “So we end up with strange outcomes where, as you add more wind, you have to add more fossil fuels in order to have a backup.” (RELATED: Is The Shift To Renewable Energy Propelling Us Into An Energy Crisis?)

As a researcher at Utah State University, Yonk co-authored a 2015 report that highlighted the inefficiency of wind energy. The paper argued that wind power “cannot be relied upon” to produce U.S. electricity and would lead to high carbon emissions caused by rebooting oil and gas power plants during times of low wind.

Yonk added that wind may be beneficial in some particular areas of the country, but that it cannot be relied upon as a blanket policy. (RELATED: John Kerry Refuses To Single Out China For Not Setting Climate Goals)

“We’ve supplanted geographically-specific policies for a general policy that wind and solar are generally good and fossil fuel is bad,” Yonk told the DCNF. “And that puts the ability to consistently produce energy at a reasonable price in jeopardy.”

In 2014, billionaire American investor Warren Buffett alluded to the inefficiency of wind energy, explaining that government subsidies sustain the industry.

“On wind energy, we get a tax credit if we build a lot of wind farms,” Buffett said at the time, according to U.S. News & World Report. “That’s the only reason to build them. They don’t make sense without the tax credit.”