Democrats are pushing to expand monthly child tax credits permanently as part of their spending package despite little public support.

Biden signed the coronavirus relief package in March, expanding the payments beginning in July and lasting through July of 2022. Under the plan, families receive $300 monthly for each child under the age of six and $250 for a child between the age of six and 17.

A recent Politico/Morning Consult poll found 52% of those polled do not think the child tax credits should be extended.

Families with young children could receive up to $3,600 per year with the credits, according to Axios. But the expansion of the credit also extended the benefit to families without taxable income. The program, however, could cost $450 billion to extend over the next four years, according to the report. 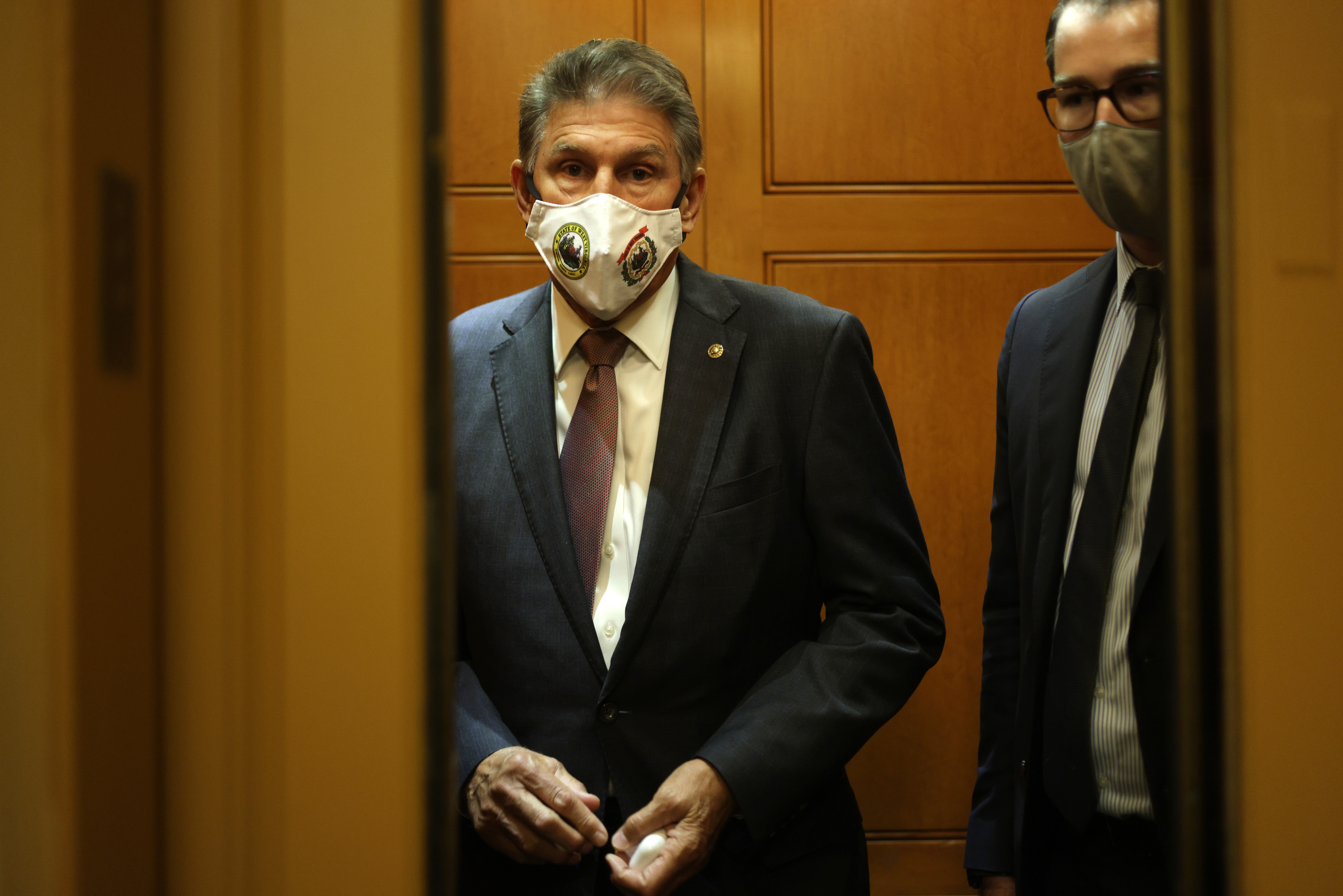 WASHINGTON, DC – OCTOBER 06: U.S. Sen. Joe Manchin (D-WV) (L) takes an elevator at the U.S. Capitol October 6, 2021 in Washington, DC. Congress has until October 18 to raise the debt ceiling or risk a default that would have widespread economic consequences. (Photo by Alex Wong/Getty Images)

Should Manchin get his way with an income cap and a work requirement, the cost would be reduced, though it is unclear by how much, according to the report.

Manchin has been outspoken about his opposition to expanding the credit, insisting it be tailored toward low-income families and attaching it to a work requirement. (RELATED: ‘No Relationship To Our State’: Joe Manchin Hammers ‘Socialist’ Bernie Sanders Over Op-Ed In West Virginia Newspaper)

Manchin and Democratic Arizona Kyrsten Sinema are the only two Democrats that have expressed opposition to Biden’s $3.5 trillion spending package, engaging in a months-long standoff with the party’s left wing members.