The leader of a Lebanon-based Shiite Muslim terror group known as Hezbollah announced that the organization has 100,000 trained fighters, the Associated Press reported on Monday.

Hezbollah leader Hassan Nasrallah announced that the terrorist group has 100,000 fighters during his first address since seven people were killed in a gunfight in Beirut on Thursday, according to the Associated Press. The exact number of fighters is difficult to verify because of the group’s secrecy, but if Nasrallah’s figure is accurate, then Hezbollah fighters outnumber Lebanon’s own armed forces. 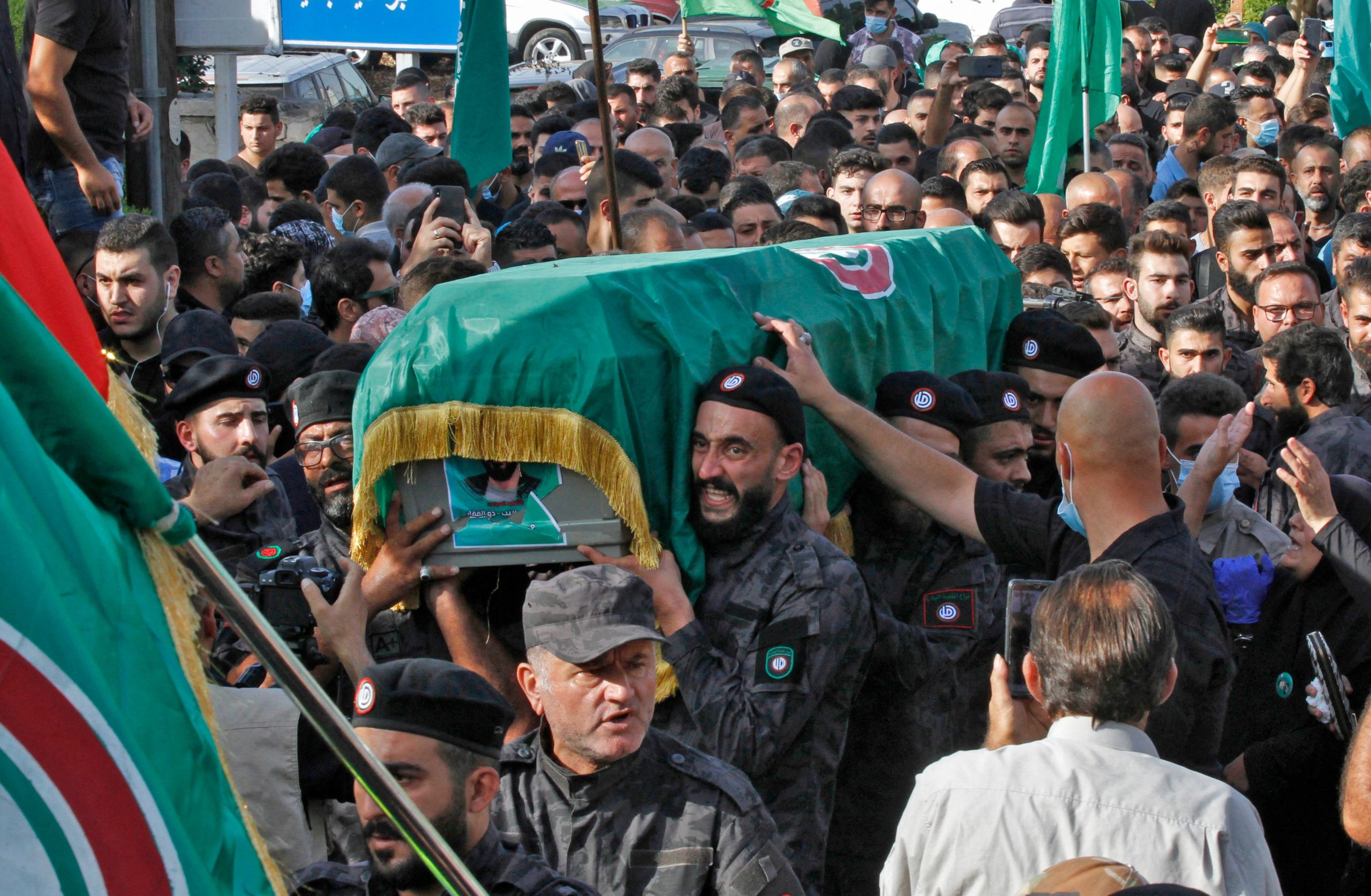 Members of the Shiite Amal movement carry the flag-draped casket of a fellow fighter who was killed in clashes in the Tayouneh neighborhood of the capital Beirut’s southern suburbs a day earlier, during his funeral in the southern Lebanese town of Al-Numairiyah, on October 15, 2021. (Photo by MAHMOUD ZAYYAT/AFP via Getty Images)

Violent civil confrontations have occurred in response to an investigation into an August 2020 port explosion that killed more than 215 people, according to the AP. Hezbollah officials and supporters of the group have asked for the judge overseeing the investigation to be replaced since they are reportedly considering Hezbollah responsible for the blast.

The deadly Beirut gunfight followed speculation about the judge’s findings and lasted for several hours on Thursday, with fighters wielding rocket-propelled grenades and automatic rifles, the AP reported. Nasrallah blamed the leader of the Lebanese Forces, Samir Geagea, for “manufacturing” the gunfight to spark a civil war in the country.

“Don’t miscalculate. Be wise and be polite and take a lesson from all your wars and all our wars,” Nasrallah said in a statement directed at Geagea, according to the AP. (RELATED: 5 Killed, 16 Injured In Lebanon Over Judge’s Probe Of Massive Explosion)