An Illinois woman with three children was charged with first-degree murder after shooting a man who refused to kiss her, the Chicago Sun-Times reported.

Claudia Resendiz-Flores, 28, recently moved in with James Jones, 29, and his girlfriend when Resendiz-Flores allegedly asked Jones for a kiss while drinking together Thursday night, Cook County prosecutors said at her bond hearing on Saturday, the Sun-Times reported.

After Jones declined to kiss Resendiz-Florez, she subsequently asked Jones’ girlfriend for a kiss, which she refused. (RELATED: Couple Charged With Murder Of Toddler While Babysitting) 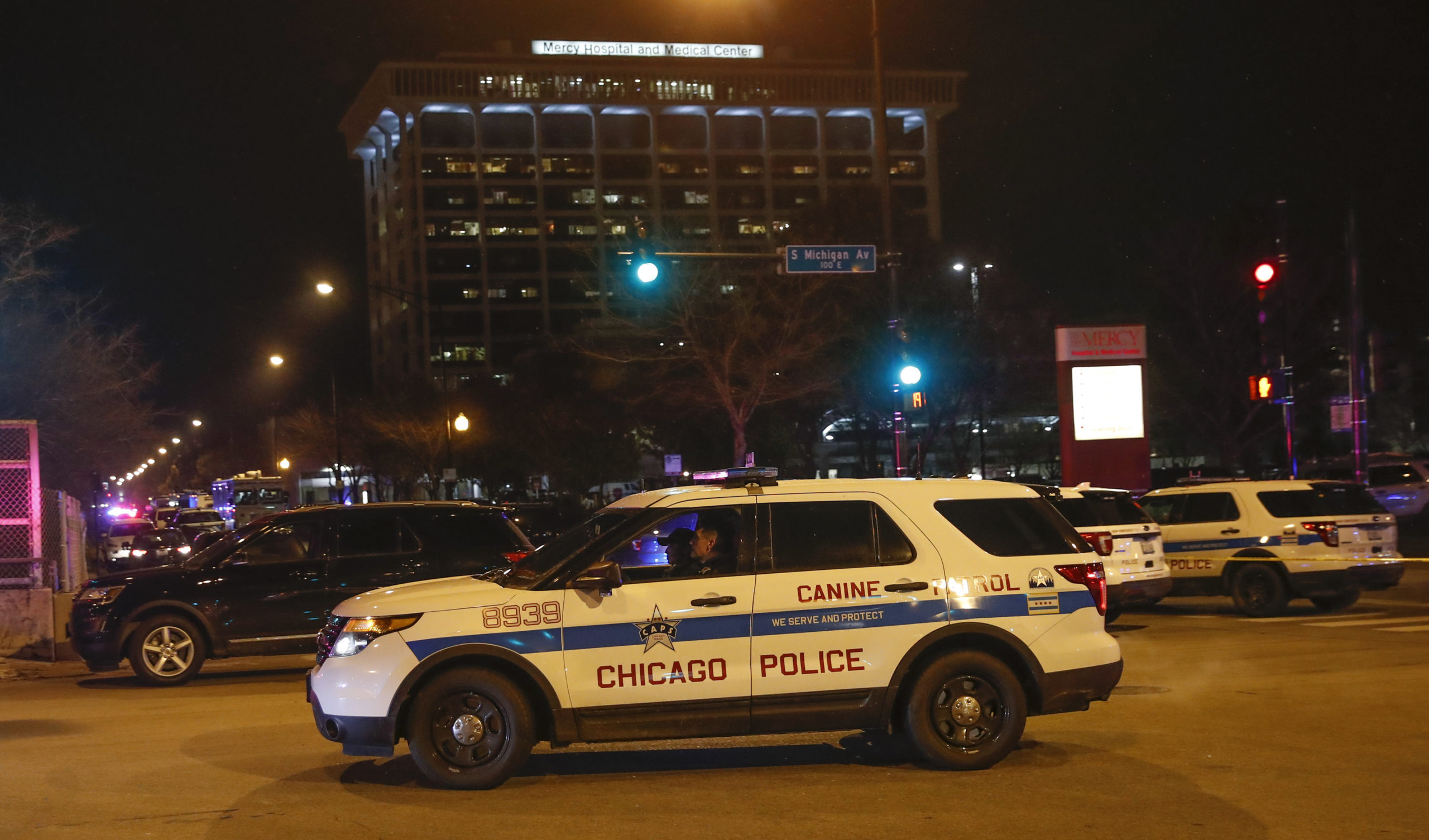 Chicago Police officers monitor the area outside of the Chicago Mercy Hospital where a gunman opened fire in Chicago on November 19, 2018. (Photo credit should read KAMIL KRZACZYNSKI/AFP via Getty Images)

After requesting that Jones kiss her a second time, Resendiz-Flores grabbed Jones’ gun from under a couch cushion in the apartment and aimed it at him, prosecutors said. Jones allegedly tried to lower the gun when he saw Resendiz-Flores’ take the safety off and put her finger on the trigger, but she allegedly lifted her arms, shooting him fatally in the chest.

Jones’ girlfriend called 911, the Sun-Times reported. Resendiz-Flores allegedly admitted to shooting Jones and has been charged with first-degree murder.

Resendiz-Florez is married to a man she is separated from, and she is the sole caretaker of her three children, the Sun-Times reported. Resendiz-Flores’ attorney, a public defender, reportedly said that her client currently resides in Iowa. A judge ordered Resendiz-Flores to be held without bail, and she is expected to be back in court on Tuesday.