The Taliban in Pakistan was encouraged by the group’s takeover of Afghanistan and are suspected of reemerging along the country’s border, the Associated Press reported on Monday.

A Taliban movement tried to overthrow the Islamabad government in Pakistan and they appear to be gearing up to retake territory occupied by tribal groups along the country’s border with Afghanistan, after it lost to the Pakistani military seven years ago, according to the AP. The Taliban based in Pakistan is known as the Tehrik-e-Taliban (TTP) and is separate from the Taliban in Afghanistan, though the groups are aligned and share similar ideologies.

“The Afghan Taliban’s stunning success in defeating the American superpower has emboldened the Pakistani Taliban…They now seem to believe they too can wage a successful jihad against the Pakistani ‘infidel’ state and have returned to insurgency mode,” University of Massachusetts Islamic History Professor Brian Glyn Williams told the AP. 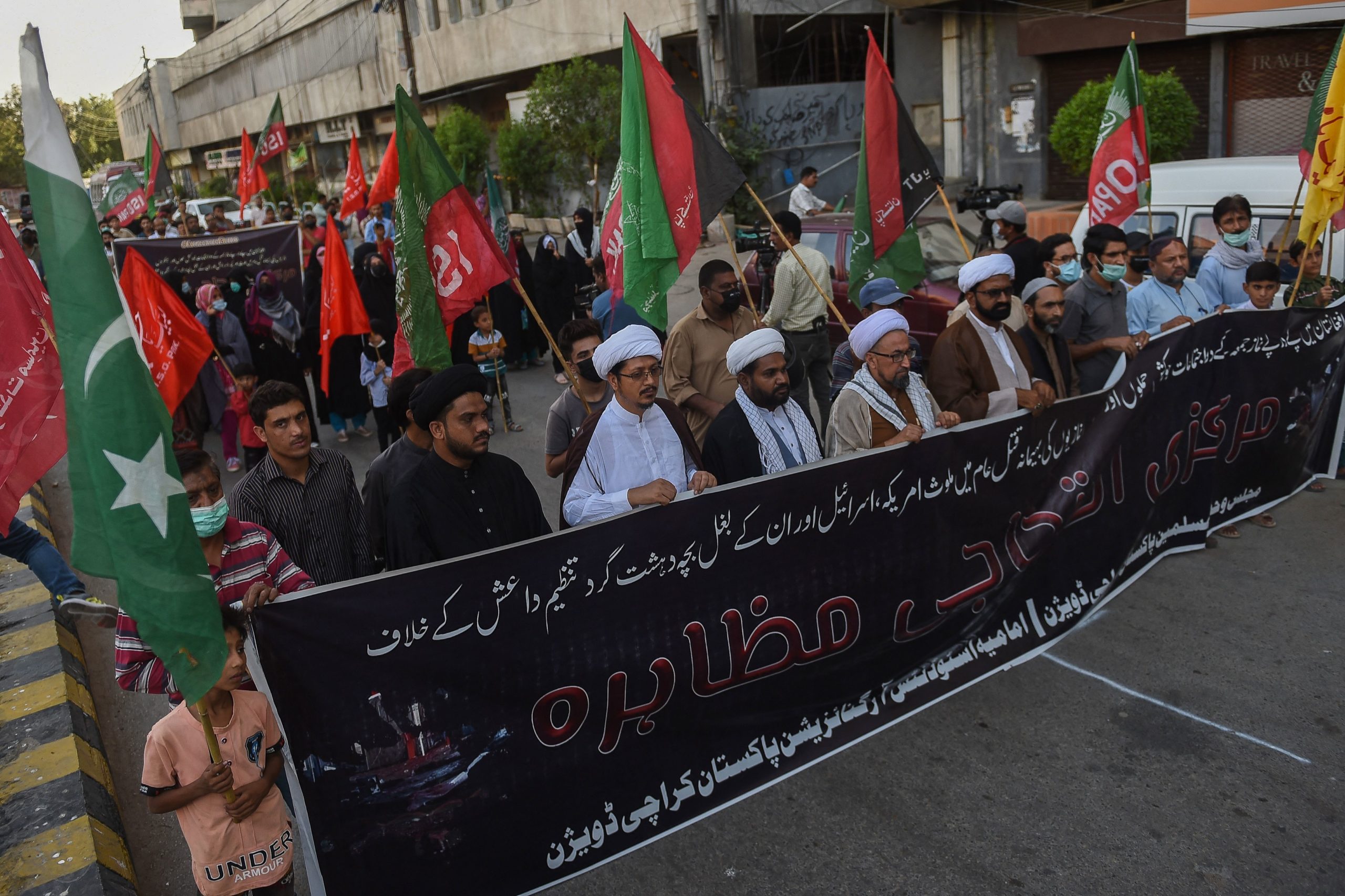 Pakistani Shiite Muslims stage a demonstration in Karachi on October 17, 2021 to protest against a suicide bomb attack that took place earlier at a Shiite mosque during Friday prayers in Kandahar, Afghanistan. (Photo by RIZWAN TABASSUM/AFP via Getty Images)

The TTP was established in the 2000s and started a violent campaign against the Pakistani government before they were suppressed around 10 years later, according to the AP. The group started reorganizing in Afghanistan before the Taliban’s takeover and has increased attacks in Pakistan recently. (RELATED: Pakistani Ambassador Doubts US Intelligence Taliban Is Seeking ‘Retribution’ Against Afghans)

The Pakistan-based Taliban implemented surcharges on local contractors and are killing people who refuse to pay, according to the AP. The family of Noor Islam Dawar, a Pakistani contractor who built a canal worth around $5,000 near the Afghan border, blamed the Taliban for his fatal shooting after he was unable to pay a $1,100 fee in September.

The Taliban ousted former Afghan President Hamid Karzai’s government in August as the Biden administration was withdrawing U.S. troops from the country, according to the AP. Pakistan has not yet formally recognized the ruling Taliban government but has encouraged other world leaders to work with the new regime.