U.S. oil and gas production, which surged to record levels in 2020 and 2019 respectively, has simultaneously remained low in recent months as the economic recovery has continued, additional EIA data showed.

But immediately after taking office, President Joe Biden revoked the Keystone XL pipeline’s federal permit, prohibited new oil and gas leasing on federal lands, introduced the possibility of broad regulations on carbon-emitting energy producers via executive action and initiated a review of Alaska’s key 6.8-million-acre petroleum reserve. Democratic leaders in Congress, in close coordination with the White House, have also introduced a sweeping $3.5 trillion budget package that would target the fossil fuel industry. (RELATED: Is The Shift To Renewable Energy Propelling Us Into An Energy Crisis?)

“The signals sent very early on, most notably the cancelation of Keystone and the federal leasing ban, along with all the planned upcoming regulation and all the anti-oil and gas provisions in the reconciliation bill have sown uncertainty in the industry,” Kathleen Sgamma, president of the Colorado-based Western Energy Alliance, told the Daily Caller News Foundation.

The Biden administration and the Federal Reserve have mulled regulations that would negatively impact energy companies’ access to capital, which Sgamma said is a major factor in declining U.S. energy production.

On Wednesday, the Department of Labor reversed Trump-era rules requiring private-sector retirement plans to make investment decisions based on the financial interests of workers rather than the environmental impact of companies being invested in. Under the proposal, fiduciaries would be required to consider the environmental implications of their investments. 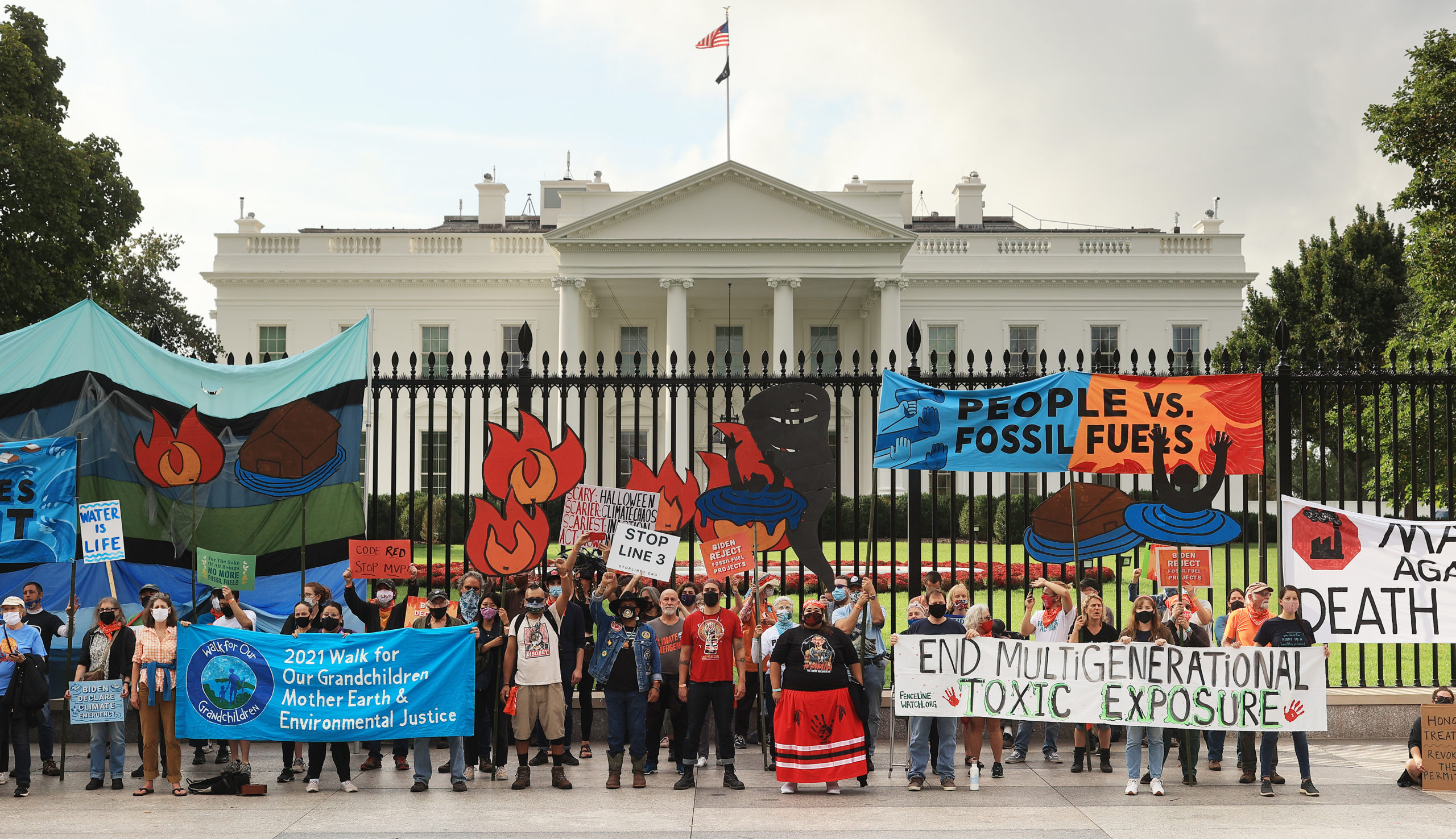 Demonstrators prepare to be arrested during a rally outside the White House on Oct. 13. (Chip Somodevilla/Getty Images)

The White House, though, has recently doubled down on its plea for Middle Eastern and Russian suppliers to ramp up oil production, Reuters reported. In August, the Biden administration was criticized after National Security Adviser Jake Sullivan asked the Organization of the Petroleum Exporting Countries and its Russian counterpart, which together are known as OPEC+, to boost oil output, a request which the groups later rejected.

The Department of Energy also hinted that it might tap into the emergency petroleum reserves if energy demand continues to outpace supply, according to the Financial Times.

“Were markets properly responding to signals like higher energy prices and increased demand, the American producer would be more quickly ramping up new production,” Sgamma said. “Instead we have a situation where the Biden Administration asks Russia and OPEC to increase production even as they’re doing everything in their power to suppress American production.”

“I’ve actually never seen an energy issue crystalize so clearly in the American mind, as people are feeling the squeeze of high energy prices and looking on with disbelief as this president favors OPEC+ over American producers,” she added. (RELATED: Coal Power To Increase For First Time Since 2014, US Says)

Since July, energy prices have skyrocketed in the U.S. and abroad with both oil and natural gas hitting multi-year highs. Heating costs may tick up as much as 54% for Americans this winter, the EIA projected on Oct. 13, and gasoline prices rose again Monday, reaching a national average of $3.33 per gallon, according to a AAA database.

The American Petroleum Institute (API), which bills itself as the primary oil and gas industry trade association, has repeatedly argued that the U.S. must take advantage of its own oil and gas resources to combat rising energy prices and supply chain issues. 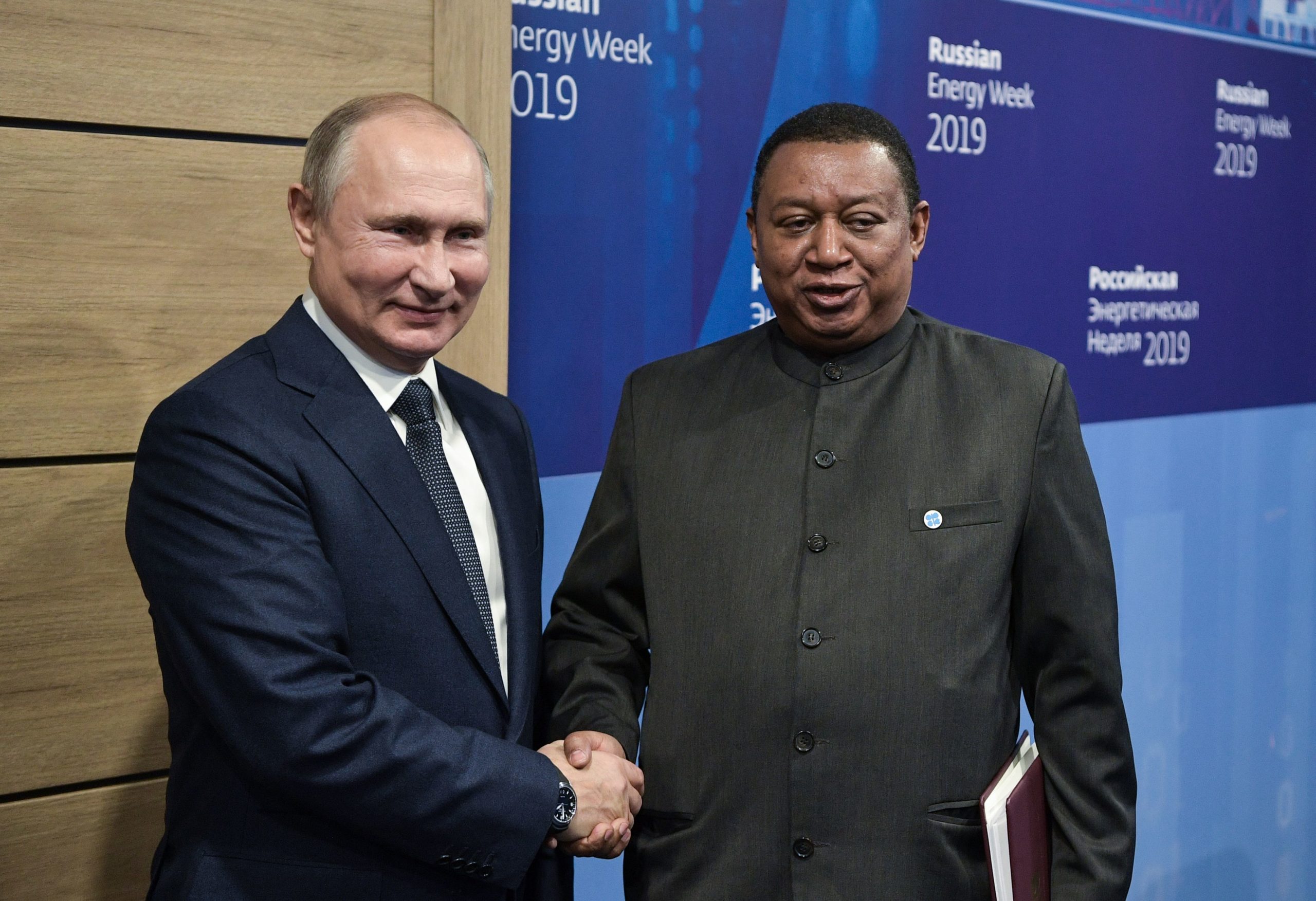 “The solution to affordable, reliable energy is right here in the United States,” API Senior Vice President of Policy, Economics and Regulatory Affairs Frank Macchiarola told the DCNF in a statement.

“Instead of looking to restrict access and trade and asking other countries to increase their production, the administration should continue the bipartisan tradition of promoting U.S. energy leadership, which deliver jobs, security, and government revenue from U.S. energy produced among the highest environmental standards in the world,” Macchiarola continued. (RELATED: Joe Biden Denies Ever Saying He Opposed Fracking But Promises To Eliminate Oil Industry)

The Independent Petroleum Association of America (IPAA), another industry group representing energy producers, has pointed to regional hurdles for constructing pipelines to explain why oil and gas imports have recently increased in the U.S.

The group has also argued that California’s denial of fracking permits for climate change reasons has made the state more dependent on foreign energy. California depends on foreign nations — mainly Ecuador, Saudi Arabia, Iraq and Mexico — for a plurality of its oil despite having vast resources of its own.

“As global energy consumption grows, the U.S. natural gas and oil industry, governed by commonsense, effective regulations and public-private partnerships, can ensure that America and nations worldwide will have a reliable energy supply to power their homes, businesses, and critical services,” IPAA COO Jeff Eshelman said in a statement to the DCNF.