The Haitian gang that kidnapped a group of American missionaries that was returning from an orphanage construction site is demanding $17 million ransom, a top Haitian official said on Monday, The Wall Street Journal reported.

The 400 Mawozo gang is in contact with the FBI and Haitian police, who are attempting to secure the release of the 17 people the gang abducted, Justice Minister Liszt Quitel said, the WSJ reported. Five children are a part of the group, including an 8-month baby.

“We are trying to get them released without paying any ransom,” Quitel said. “This is the first course of action. Let’s be honest: When we give them that money, that money is going to be used for more guns and more munitions.”

President Joe Biden has been briefed on this subject, and the FBI will assist Haitian authorities to investigate the abduction and negotiate a safe release, White House press secretary Jen Psaki said Monday, the WSJ reported. “The FBI is part of a coordinated U.S. government effort to get the U.S. citizens involved to safety,” she said. 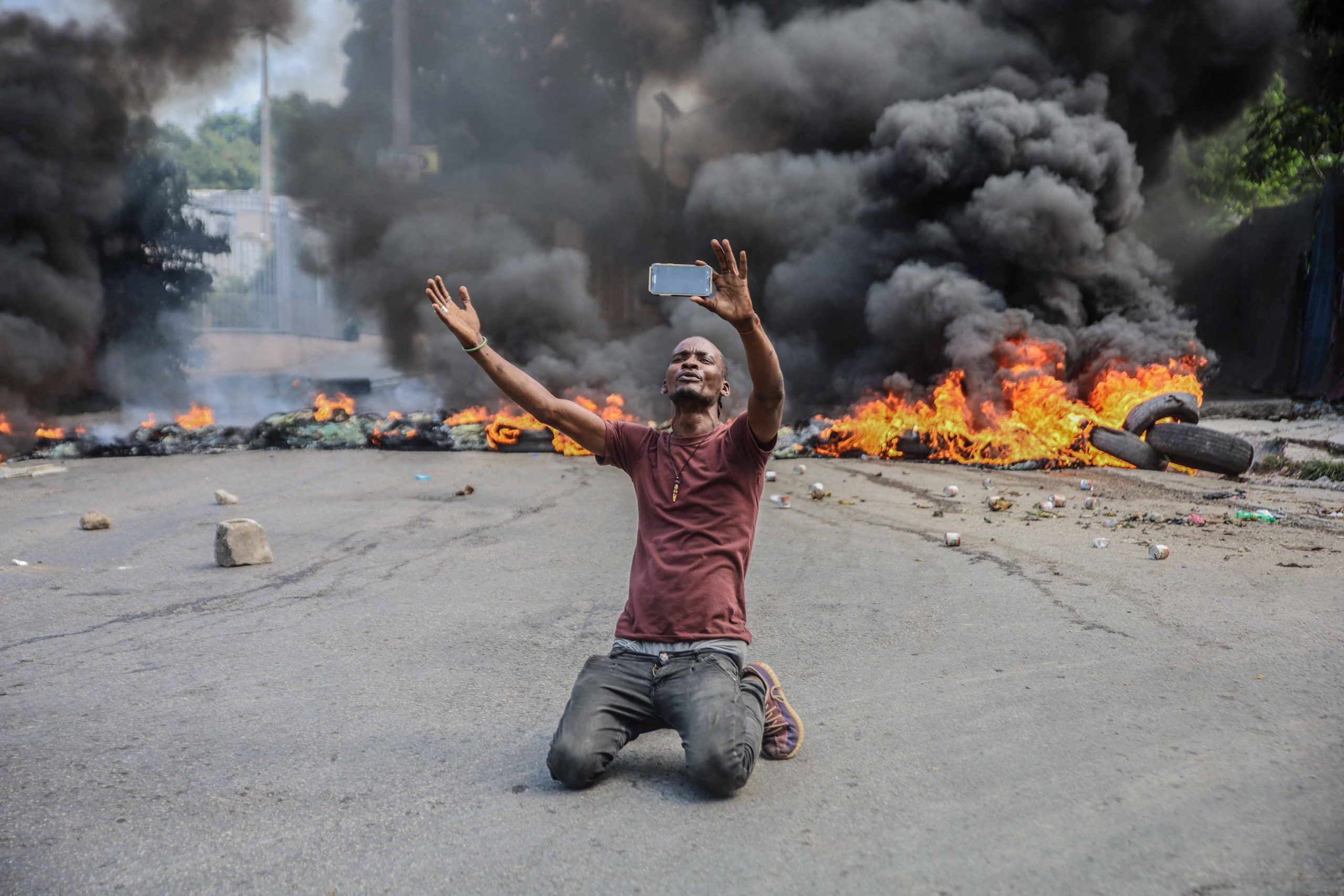 A man films himself in front of tires on fire during a general strike launched by several professional associations and companies to denounce insecurity in Port-au-Prince on October 18, 2021. (Photo by RICHARD PIERRIN/AFP via Getty Images)

Quitel said that the goal was to reach a similar outcome to the kidnapping of a group of priests and nuns by the same gang in April, the WSJ reported. According to Quitel, a ransom was only paid for two of the hostages.

“That would be the best outcome,” Quitel said. (RELATED: Haitian Migrants Transport Supplies, Back and Forth Between The US And Mexico)

Haiti has been plagued by kidnappings since the assassination of Haitian President Jovenel Moïse in July and gangs are increasingly taking control of the country, the WSJ reported.

Christian Aid Ministries, the group the missionaries worked for, said they continue to “monitor the situation closely and are in earnest prayer,” in a statement Monday.