Afghan citizens are at risk of starvation and falling under the poverty line as the country’s economy continues to decline under Taliban leadership, the Associated Press reported on Tuesday.

Donors stopped their contributions after the country fell to the Taliban, which paid for most of the government’s expenses and accounted for nearly half the country’s GDP, according to the AP. The former Afghan government officials are discreetly telling Taliban officials what to do in the financial sector, though they’re only pulling in around $500 to $700 million in domestic revenues which aren’t enough to provide basic goods and services or pay public officials.

The Taliban are trying to keep local businesses open as the new government vies for international recognition from foreign leaders, the AP reported. Billions of dollars in international funding for Afghanistan was frozen after sanctions were implemented against the ruling Taliban government and the United Nations is predicting a majority of the country to fall into poverty and be at risk for starvation.

“They don’t understand the magnitude,” one ministry official told the AP. “We had an economy of $9 billion in circulation, now we have less than $1 billion.”

“Why would I expect them to understand international monetary policy? They are guerrilla fighters at heart,” the official added, according to the AP. (RELATED: Taliban In Pakistan Encouraged By Affiliate Group’s Takeover Of Afghanistan) 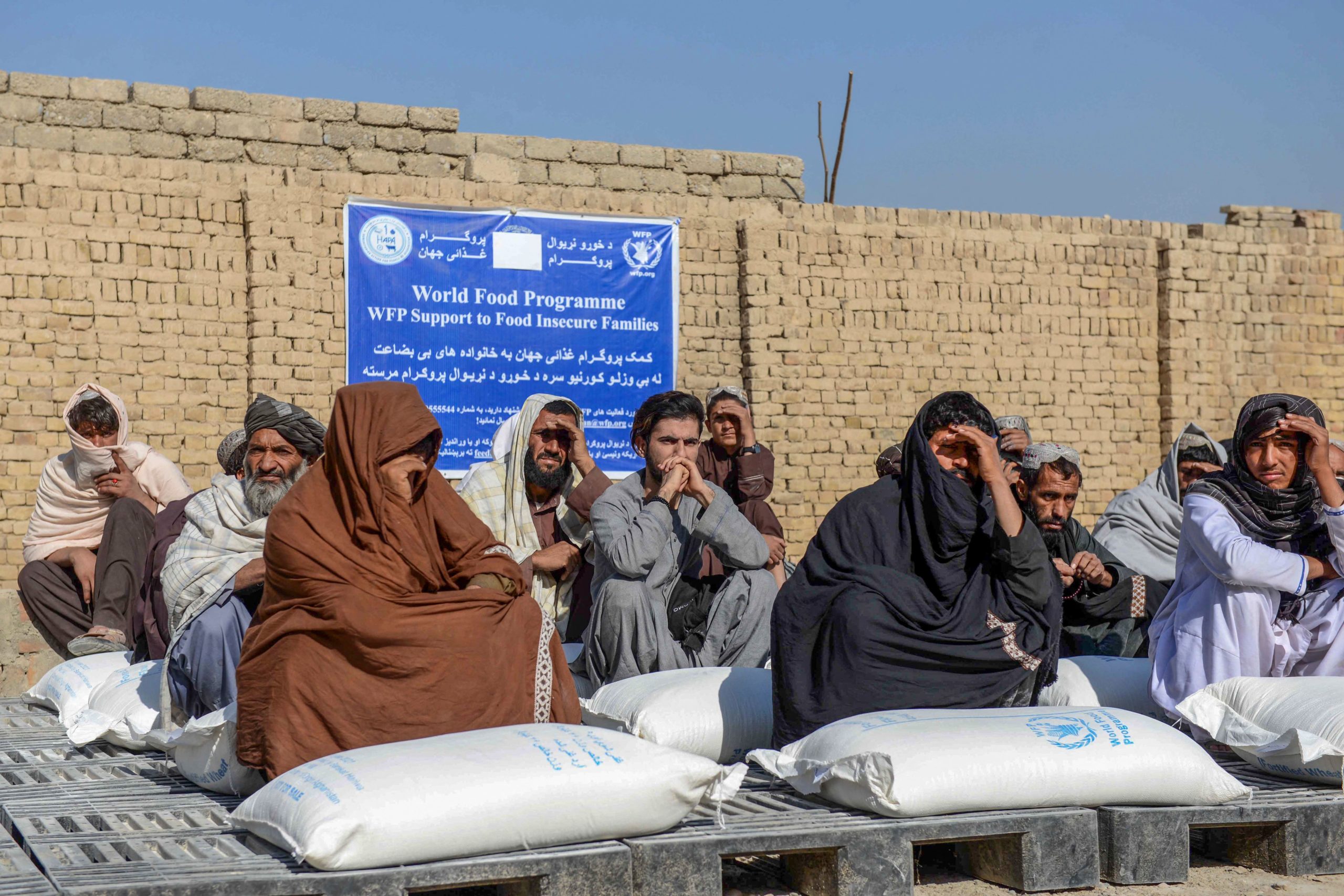 Afghan people sit besides sacks of food grains distributed as an aid by the World Food Programme (WFP) in Kandahar on October 19, 2021. (Photo by JAVED TANVEER/AFP via Getty Images)

Afghanistan’s economy transitioned from illegal trade when the Taliban was in power 20 years ago to a multi-billion-dollar operation dependent on international trade and donors, the AP reported. The Taliban pulled ex-employees from the former Afghan Finance Ministry, the central bank and other state banks to come back to work.

“They told us, ‘We are not experts, you know what is better for the country, how we can survive under these challenges’,” one state bank official told the AP on the condition of anonymity since they weren’t authorized to speak on the record.

The Taliban said, “do what you must,” and added, “God is watching you, and you will be accountable for what you do on Judgment Day’,” the AP reported.

Around 95% of Afghanistan’s population is expected to go hungry and 97% of the country could fall below the poverty line, according to United Nations predictions. Taliban officials are reportedly trying to work with businessmen who trade with other countries to obtain basic goods, the AP reported.