Exxon Mobil Corp. board members are considering cutting large oil and gas projects that the company already planned for around the world, The Wall Street Journal reported.

The projects included a $30 billion natural gas project in Mozambique and another multibillion-dollar gas project in Vietnam, people familiar with the internal deliberations told the WSJ. The discussions have reportedly been prompted by an increasingly anti-fossil fuel political climate and pressure from environmentalists who argued that such projects would worsen climate change, putting future generations at risk.

While Exxon is reviewing the Mozambique and Vietnam development projects, it remained unclear as of Wednesday whether the company would ultimately cancel them, the WSJ reported. The closed-door deliberations are part of the company’s five-year spending plan that will be formalized within weeks.

Exxon, though, pushed back on the WSJ report Wednesday.

“The tone and the substance of the article are wrong,” Exxon spokesperson Casey Norton told the Daily Caller News Foundation in a statement without providing further details. (RELATED: America Is Becoming More Dependent On Foreign Oil Under Biden)

The company’s review will involve an analysis of each project’s emissions figures in order to confirm that the projects don’t stop Exxon from maintaining or reaching its recently-established reductions goals, according to the WSJ. 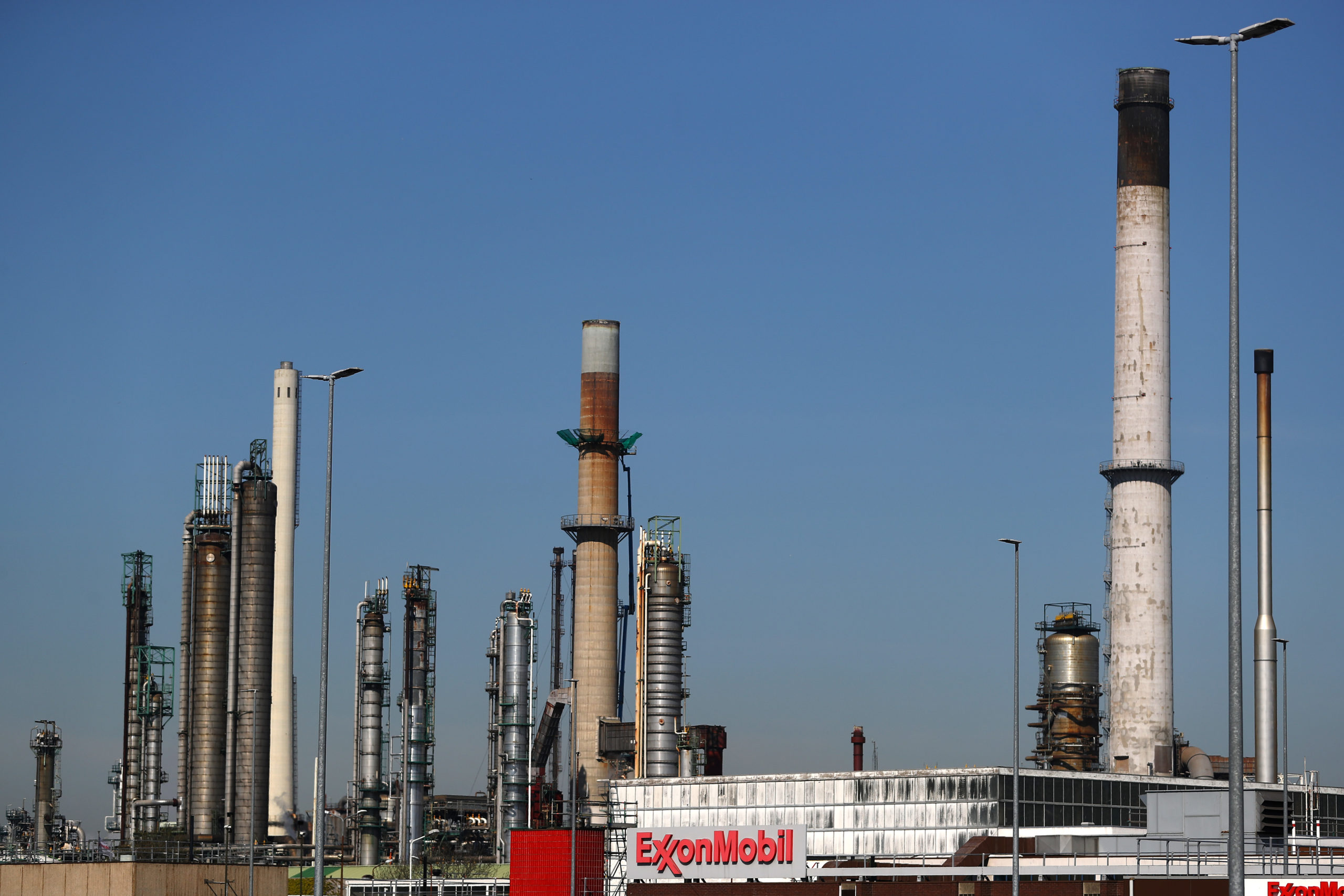 A general view of an Exxon Mobil refinery on April 23, 2020 in Rotterdam, Netherlands. (Dean Mouhtaropoulos/Getty Images)

“We respect and support society’s ambition to achieve net zero emissions by 2050, and continue to advocate for policies that promote cost-effective, market-based solutions to address the risks of climate change,” Exxon Chairman and Chief Executive Darren Woods said in a December 2020 statement.

Exxon set out to cut upstream emissions by 15-20%, methane intensity by 40-50% and flaring intensity by 35-45% by 2025, Woods announced. The company has also recently considered making a net-zero pledge due to pressure from investors, the WSJ reported in August.

Oil and gas companies, which continue to play a central role in energy production worldwide, have been under enormous pressure to cut emissions in recent years. World leaders are expected to outline aggressive policies for further emissions reductions during an upcoming United Nations conference.

However, the majority of major oil and gas firms don’t plan on abandoning their current model of fossil fuel production anytime soon, according to a recent industry report. Only 5% of oil and gas executives surveyed said their company would largely transition away from hydrocarbons.