Sullivan met bin Salman on Sept. 27 in Neom, a futuristic planned city on Saudi Arabia‘s Red Sea coast, where he broached the idea, Axios reported. Sources said bin Salman didn’t rule it out, responding that more time was needed and providing Sullivan a list of demands that had to be taken care of beforehand.

The Saudis reportedly highlighted the need for an improvement in U.S.-Saudi relations, an American source told Axios. President Joe Biden has thus far refused to deal directly with bin Salman, in the aftermath of Jamal Khashoggi’s murder, among other human rights abuses.

Any move to normalize relations with Israel would likely be a small part of a bigger agreement addressing issues concerning Palestinians and improving U.S. relations with bin Salman, Axios reported. 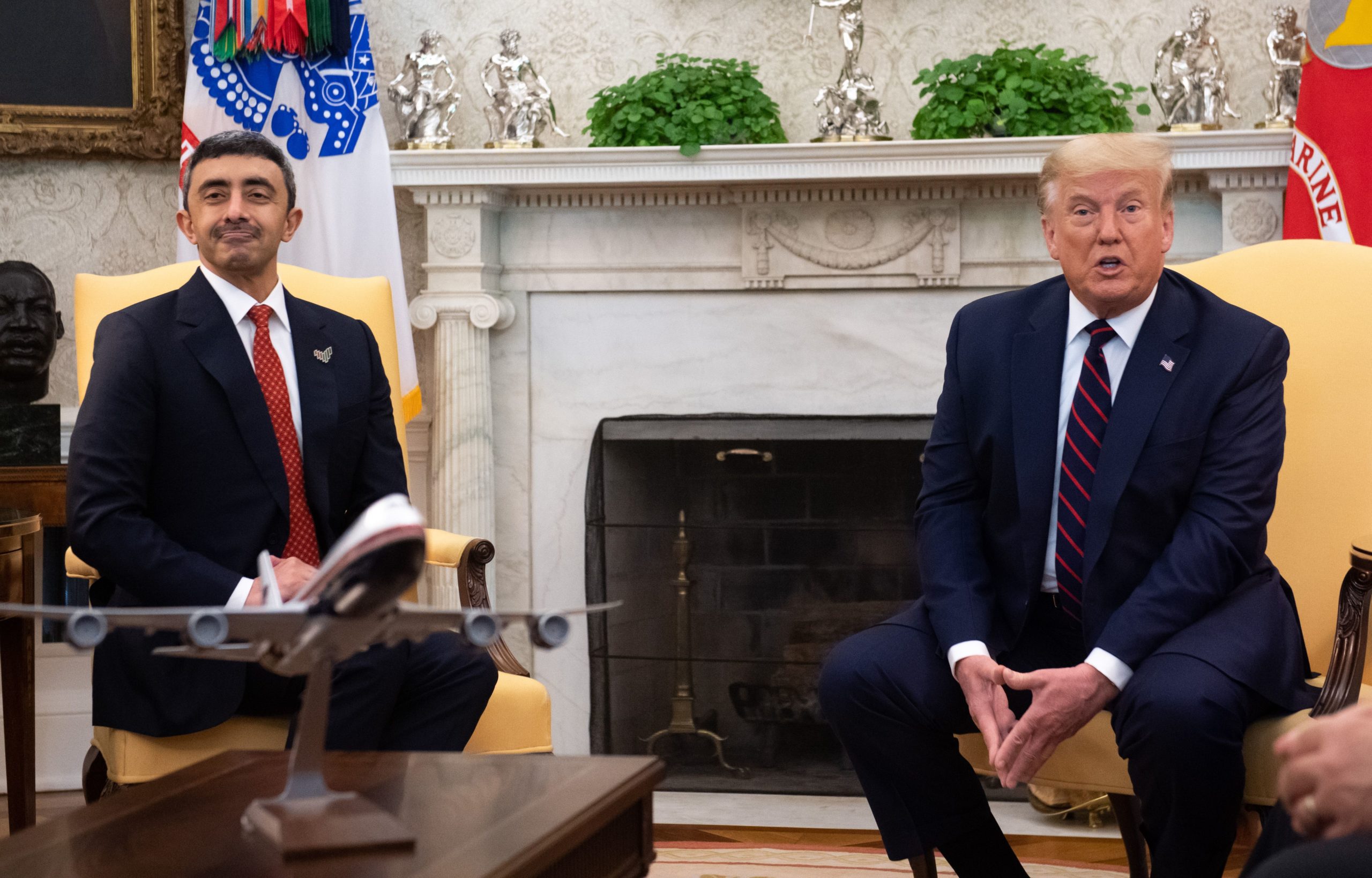 US President Donald Trump meets with UAE Foreign Minister Abdullah bin Zayed Al-Nahyanin in the Oval Office of the White House in Washington, DC, September 15, 2020, prior to the signing of the Abraham Accords, where Bahrain and the United Arab Emirates will recognize Israel. (Photo by SAUL LOEB/AFP via Getty Images)

Saudi Arabia would be the biggest country to accept the terms of the Abraham Accords negotiated under the Trump administration, Axios reported. Bahrain and the United Arab Emirates (UAE) became the first Arab nations to formalize ties in decades by signing the Accords in 2020.

Both former Presidents Barack Obama and Donald Trump tried to persuade Saudi Arabia to normalize relations but failed. In 2009, Obama asked the now-deceased King Abdullah to make small efforts at normalization, in the hopes Israel’s then-prime minister, Benjamin Netanyahu, would respond by making peace with the Palestinians, but the king refused, Axio reported.

“We’re committed to continue building on the efforts of the last administration to expand the circle of countries with normalized relations with Israel in the years ahead,” Blinken said at a trilateral meeting last Wednesday with Israel and the United Arab Emirates’ respective foreign ministers.

The accords were also discussed in Sullivan and Secretary of State Antony Blinken’s meetings with Israeli Foreign Minister Yair Lapid last week, Axios reported. An Israel official told reporters an additional country would “definitely” sign onto the Accords in the next year.