President Joe Biden’s administration has been evasive in revealing exactly how many Americans were left behind in the Taliban-controlled country after America withdrew its troops in August. Secretary of State Antony Blinken first said – during his speech announcing the end of America’s military operation in Afghanistan at the end of August – that “under 200, and likely closer to 100” remained in the country and wished to leave.

That same day, Gen. Kenneth McKenzie said that the amount of Americans left were in the “very low hundreds,” and Biden echoed similar estimations during his remarks on the drawdown. Meanwhile, several thousand U.S. green card holders remained stranded in Afghanistan as of mid-September, Blinken told Congress at the time.

A State Department spokesperson said that, as of Monday, the department had also helped 115 lawful permanent residents depart Afghanistan since Aug. 31, bringing the estimated number to around 244 people. (RELATED: ‘They Lied To Us’: Hundreds Of American Citizens And Others With Green Cards Were Left In Afghanistan)

“We continue to make good on our pledge to U.S. citizens, LPRs, and Afghans to whom we have a special commitment,” the spokesperson said. “We will be relentless in helping them depart Afghanistan, if and when they choose to do so. In total, at least 129 U.S citizens and 115 LPRs have departed Afghanistan with our assistance since August 31. These are the numbers of people whose individual departures we directly facilitated.” 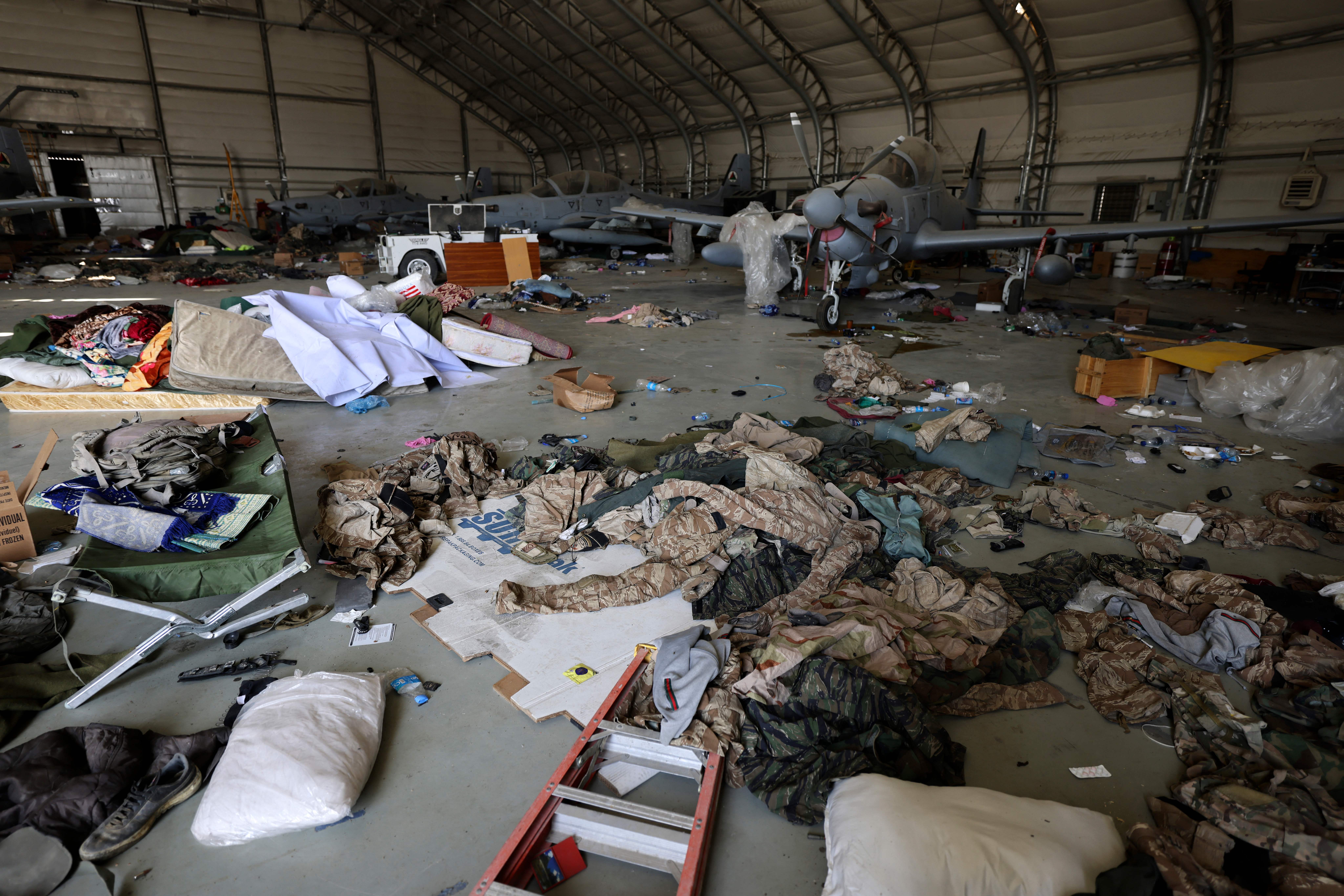 Army clothing is seen scattered next to Afghan Air Force aircrafts inside a hangar at the airport in Kabul on September 14, 2021. (Photo by Karim SAHIB / AFP) (Photo by KARIM SAHIB/AFP via Getty Images)

In the days following the U.S. withdrawal, the Taliban reportedly kept planes grounded despite the group’s promise to allow people to leave the country after Aug. 31. On Sept. 9, the Taliban cleared a number of Americans to fly out of the Kabul airport and 21 Americans left the country on Sept. 10, as well.

“We are continuing intensive work across the U.S. government to facilitate the safe transit of these individuals and other U.S. citizens, LPRs, and Afghans who have worked for us who wish to leave Afghanistan,” National Security Council spokeswoman Emily Horne said on Sept. 10.

The State Department spokesperson noted that others have left the country without the help of the department via “private charters” or crossing “a land border,” though no official number was given. (RELATED: How Private Citizens Stepped Up To Get Americans Out Of Kabul When The US Government Failed)

“An additional number of U.S. citizens and LPRs have departed on private charters or have independently crossed via a land border,” the spokesperson explained. “We will continue our efforts to facilitate the safe and orderly travel of U.S. citizens, LPRs, and Afghans to whom we have special commitments and wish to leave Afghanistan. Because there is ongoing sensitivity with operations of this nature, we will not be sharing details of these efforts before people are safely out of the country.”

Biden came under fire for sticking with his Aug. 31 deadline despite a promise to remain in the country until every American had been safely evacuated. It’s unclear how many Americans remain stranded in Afghanistan, a point that Blinken eventually admitted during his testimony to the House Foreign Affairs Committee in mid-September.

At that time, Blinken said the State Department “can not know how many American citizens are in any country … precisely at any given moment.” Blinken said this is because Americans aren’t required to register upon entering a foreign country or “if they reside there.” 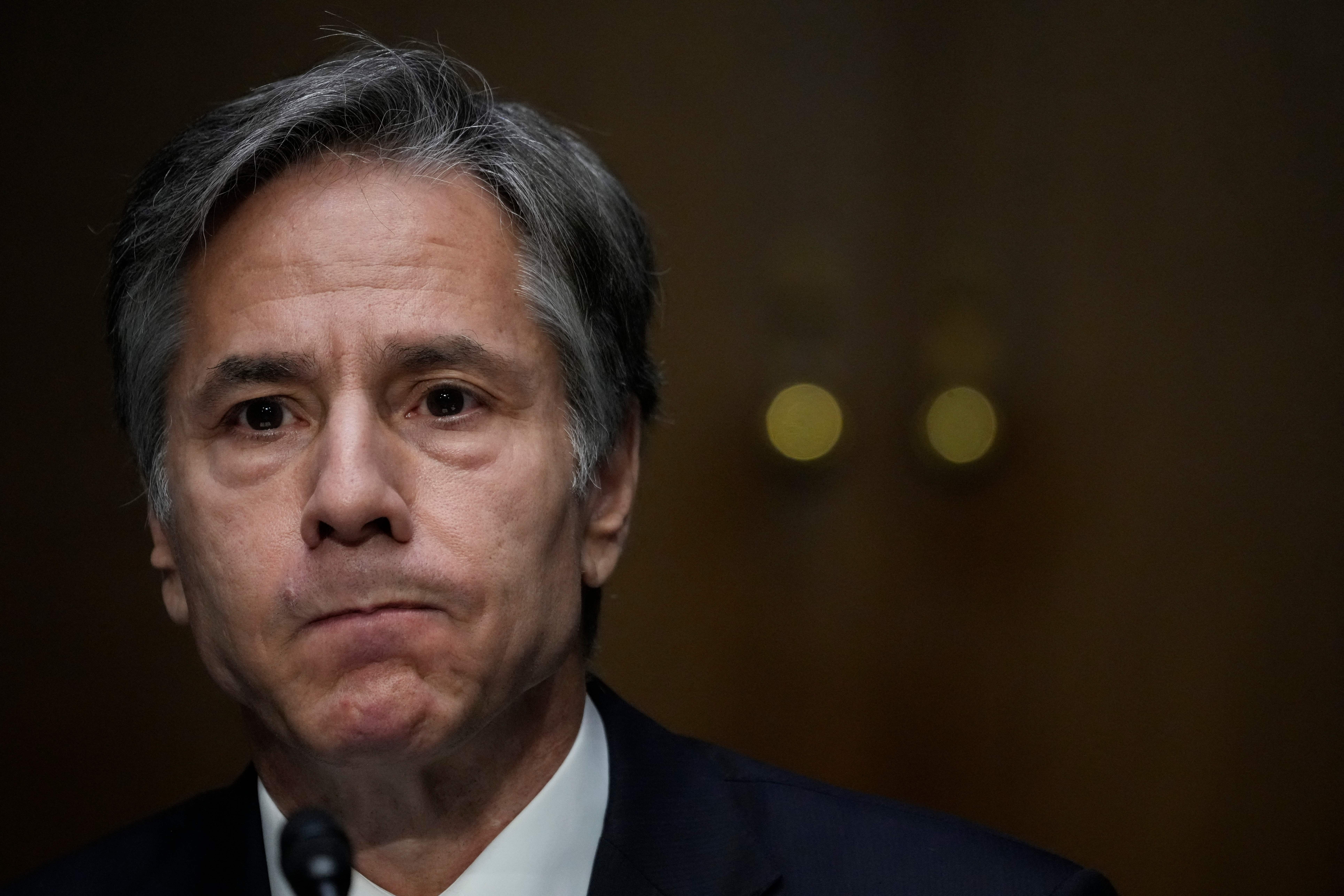 US Secretary of State Antony Blinken testifies during a Senate Foreign Relations Committee hearing on Capitol Hill, on September 14, 2021 in Washington, DC. – Blinken was questioned about the Biden administration’s handling of the U.S. withdraw from Afghanistan. (Photo by Drew Angerer / POOL / AFP) (Photo by DREW ANGERER/POOL/AFP via Getty Images)

His comments mark a departure from the administration’s earlier claims at the end of August that roughly 100 to 200 Americans remained in Afghanistan. While the State Department’s remarks to the Daily Caller indicate that more individuals wish to be evacuated, it remains a mystery as to exactly how many people are still stranded.

The State Department, in its efforts to facilitate evacuations from afar, plans to “resume regular evacuation flights … before the end of the year,” the Wall Street Journal reported on Oct. 14.

“As soon as we have the right combination of documentation and logistics, we will get going again,” a senior State Department official reportedly said.

The official, citing issues with travel documents and potential stowaways, told the WSJ that they “haven’t been able to get a flight out in a couple of weeks.”