The vaccines were delivered to over 100 countries, U.S. Agency for International Development (USAID) Administrator Samatha Power said in a statement. This milestone is just the start, as the U.S. has vowed to donate over 1 billion COVID-19 vaccines to various countries around the world.

“President [Joe] Biden has pledged that the U.S. will be the world’s arsenal of vaccines, and USAID continues to play a pivotal role in fulfilling the ambitious goal of vaccinating 70 percent of the eligible global population by next year,” Power said. “USAID, in coordination with the White House, other U.S. Government departments and agencies, and COVAX, the global vaccine access initiative, is helping get safe and effective shots in arms around the world.”

Power noted the “work is far from over” and touted the plan to bring more vaccines to low-and lower-middle-income countries.

“These vaccines will help save lives, protect livelihoods, and heal economies currently battered by this pandemic. But they are not the only tool at our disposal,” she explained. “Even as we support accelerated vaccination efforts, USAID is also helping countries to save lives now through the provision of oxygen services, testing, medical treatment, PPE for health workers, and by supporting efforts to reduce COVID-19 transmission. By strengthening the health systems of the countries that receive these vaccines, we can help prevent future pandemics.” 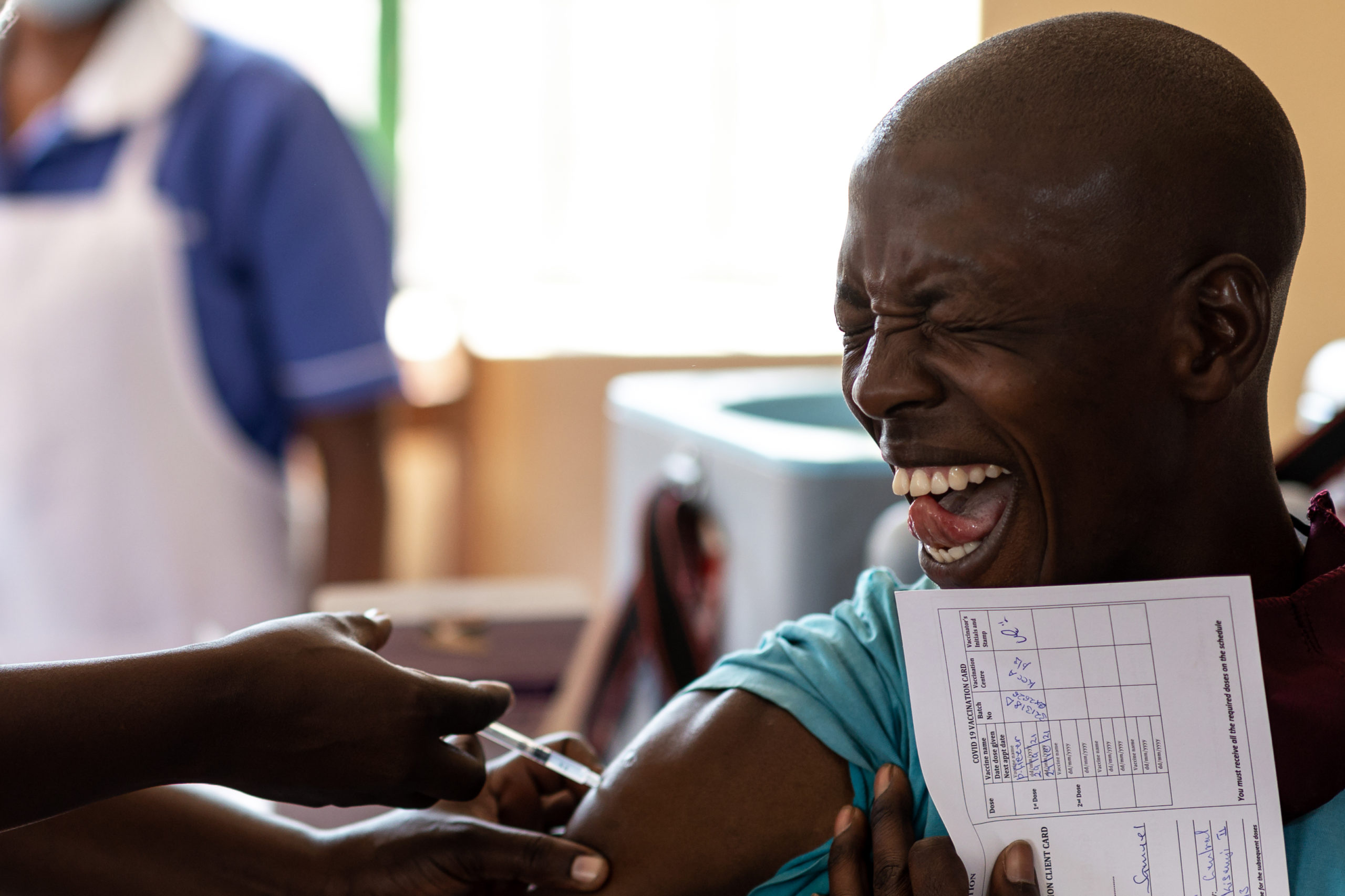 KAMPALA, UGANDA – SEPTEMBER 29: A patient reacts as a nurse injects the Pfizer Coronavirus vaccine at a school on September 29, 2021 in Kampala, Uganda. (Photo by Luke Dray/Getty Images)

Data indicates that the U.S. leads the world in vaccine donations, even ahead of big economic countries like China and the U.K., CNBC reported in September. Biden has touted this, telling the nation in early September that it proves “democracies can deliver.”

Biden’s recent promise to donate 500 million more doses of the Pfizer vaccine launched the U.S. donations’ vow to over 1.1 billion. The administration has come under fire, however, for focusing on booster shots in America while other countries struggle with low vaccine rates. (RELATED: Biden Announces $1.4 Billion In COVID-19 Foreign Aid, Warns Of ‘The Next Pandemic’)

“I will not stay silent when companies and countries that control the global supply of vaccines think the world’s poor should be satisfied with leftovers,” World Health Organization (WHO) Director-General Tedros Adhanom Ghebreyesus said in September. “Because manufacturers have prioritized or been legally obliged to fulfill bilateral deals with rich countries willing to pay top dollar, low-income countries have been deprived of the tools to protect their people.”

The White House has pushed back on the criticism and said they can provide booster shots for Americans while also helping other countries with vaccines, NBC News previously reported.