China said there was “no room” for compromise when it comes to Taiwan on Friday after President Joe Biden commented that the U.S. would defend the island if it was attacked, the Associated Press reported.

“When it comes to issues related to China’s sovereignty and territorial integrity and other core interests, there is no room for China to compromise or make concessions,” Foreign Ministry spokesperson Wang Wenbin said in response to Biden’s CNN forum on Thursday, the AP reported.

“No one should underestimate the strong determination, firm will and strong ability of the Chinese people to defend national sovereignty and territorial integrity,” he said. “Taiwan is an inalienable part of China’s territory. The Taiwan issue is purely an internal affair of China that allows no foreign intervention.”

At the town hall, Biden reiterated he did not want a new Cold War but said he wanted China to understand the U.S. is “not going to step back,” the AP reported. When asked if the U.S. would defend Taiwan if it were invaded, Biden responded affirmatively.

The Biden administration walked back those comments as it did on similar statements about Taiwan in August, South China Morning Post reported. “The US defence relationship with Taiwan is guided by the Taiwan Relations Act,” a White House representative told the outlet. 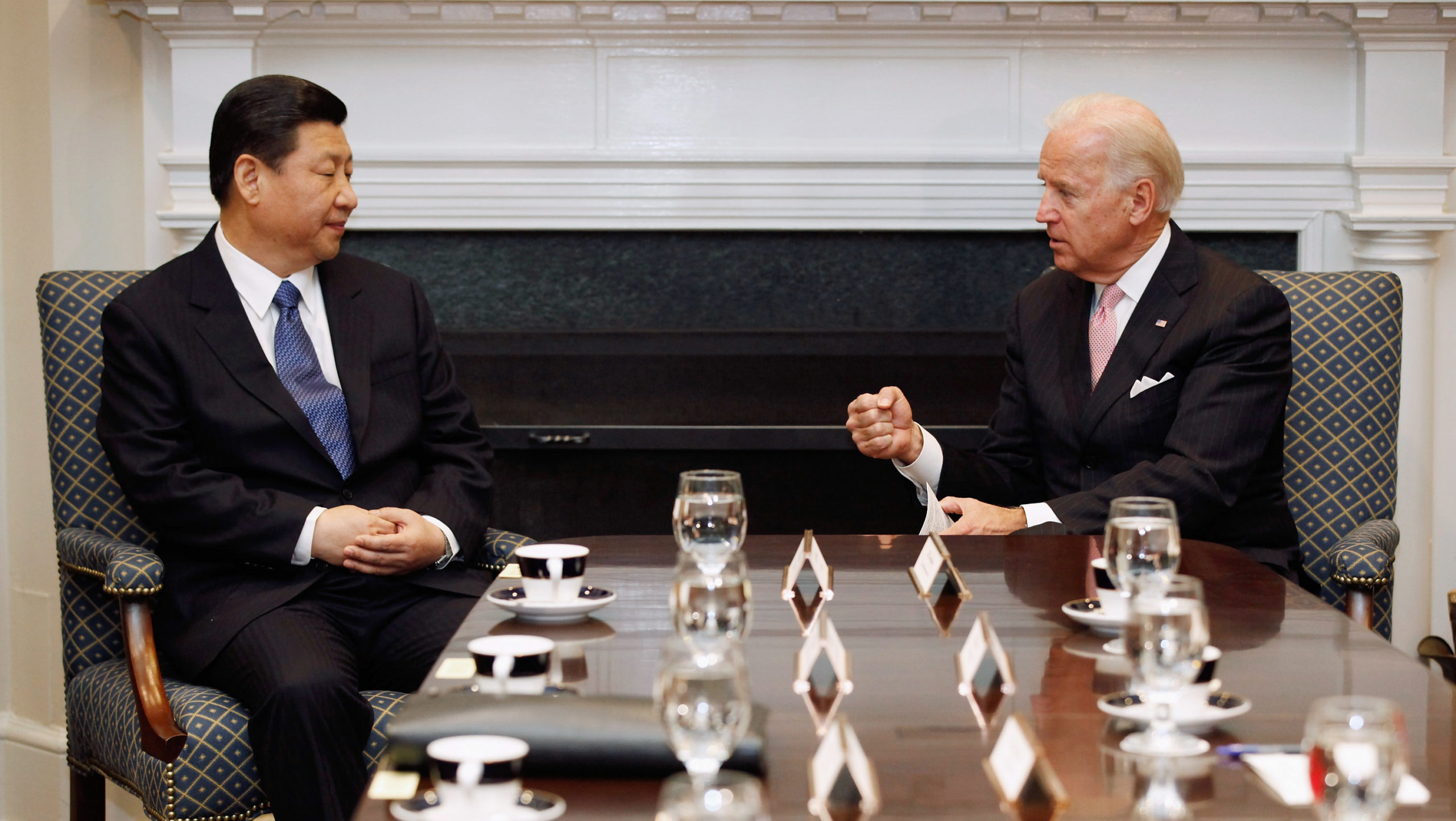 U.S. Vice President Joe Biden and Chinese Vice President Xi Jinping talk during an expanded bilateral meeting with other U.S. and Chinese officials in the Roosevelt Room at the White House February 14, 2012 in Washington, DC. (Photo by Chip Somodevilla/Getty Images)

Wang said the U.S. should “be cautious with its words and actions,” so as to not send the wrong message to “the separatist forces of Taiwan independence” and damage U.S.-Chinese relations, the AP reported. U.S. Defense Secretary Lloyd Austin said he would not discuss hypotheticals Friday when asked if America would defend the island. (RELATED: Despite Afghanistan, The US Will Come To Taiwan’s Defense If China Invaded, Experts Say)

“Nobody wants to see cross-Strait issues come to blows -– certainly not President Biden, and there’s no reason that it should,” Austin said. China has increased its incursions into Taiwan’s defense zone, sending a record 52 military aircrafts into the zone on Oct. 4, escalating tensions.

“Taiwan will demonstrate our firm determination to defend ourselves and continue to work with countries with similar values to make a positive contribution toward the Taiwan Strait and Indo-Pacific region’s peace and stability,” a spokesperson for Taiwan said Friday, the AP reported.