Former Immigration and Customs Enforcement (ICE) Acting Director Tom Homan said Tuesday that President Joe Biden has created a border crisis, not through incompetence, but by design, as it seeks a larger Democratic voter base.

“The bottom line is look, we have the first president in history of this nation that came into office within days, intentionally unsecured the most secure border we ever had,” Homan told Fox News’ “America’s Newsroom.”

“This has been a complete 180 turnaround and it’s by design. It’s not incompetence, it’s not mismanagement. This is what they they want and why they haven’t done one thing, not one thing, to slow the flow,” Homan continued. (RELATED: Former ICE Director Says Chris Wallace Should Have Pressed DHS Secretary On More Question About Illegal Immigrants)

The former ICE director claimed that Biden “sold out to the progressive left to win the election” and is now promoting their policies, which includes bringing new Democratic voters into the country.  “They think this will lead to perpetual power in Congress and lead to them being in power to Congress for years to come. That’s the only reason you want an insecure border.”

Homan said that former President Donald Trump “had illegal immigration down 81%,” which Homan said was the “most secure border” in his entire career [but] we have a president that came in within days, unsecured the border and we have a secretary of homeland security that’s helping him do that.” Homan called that “unbelievable” and the most “unpresidential thing I’ve ever heard.”

He suggested both Biden and Department of Homeland Security Secretary Alejandro Mayorkas “should both be impeached.”

Trump said during an Oct. 8 appearance on Fox News’ “Hannity” that all the Democrats had to do to secure the border was “leave it alone.” 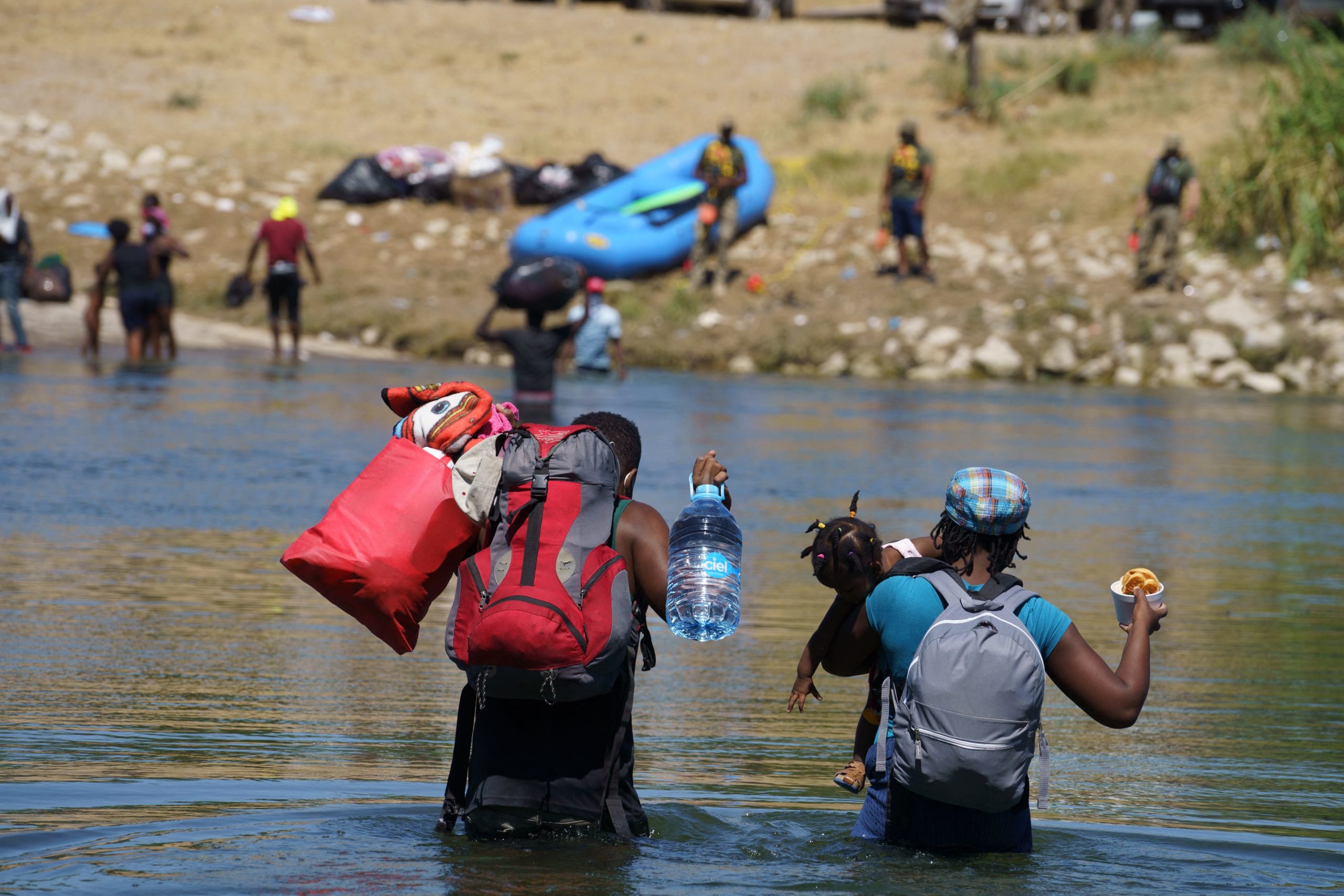 Haitians cross the Rio Grande back to the United States in Parque Ecologico Braulio Fernandez in Ciudad Acuna, Coahuila state, Mexico, on Sept. 23, 2021. (Photo by PAUL RATJE/AFP via Getty Images)

Brandon Judd, president of the National Border Patrol Council, said in April, “Nobody has done more to enrich organized crime than President Biden.” However, White House press secretary Jen Psaki continues to push back on the fact that the southern border is open.

Biden administration will reinstate the Remain in Mexico policy — initiated under Trump — after the the Supreme Court ruled that it must do so.