Secretary of State Antony Blinken confirmed Wednesday the State Department is conducting an internal review into the evacuation of Afghanistan.

“It’s absolutely critical that we capture and benefit from lessons learned,” Blinken said in a speech at the Foreign Service Institute in Arlington, Virginia, attended by lawmakers, diplomats and others.

“Many of you and your colleagues around the world worked with great intensity to help bring to safety more than 120,000 American citizens, foreign partners, Afghans at risk,” he said. “Now we owe it to ourselves, to our Afghan friends and partners, and to the future State Department employees who might find themselves facing a similar challenge one day to capture all that we learned.”

A State Department spokesperson told the Daily Caller News Foundation and other outlets last week that the inspector general’s office would investigate the Biden administration’s operations at the end of the withdrawal. 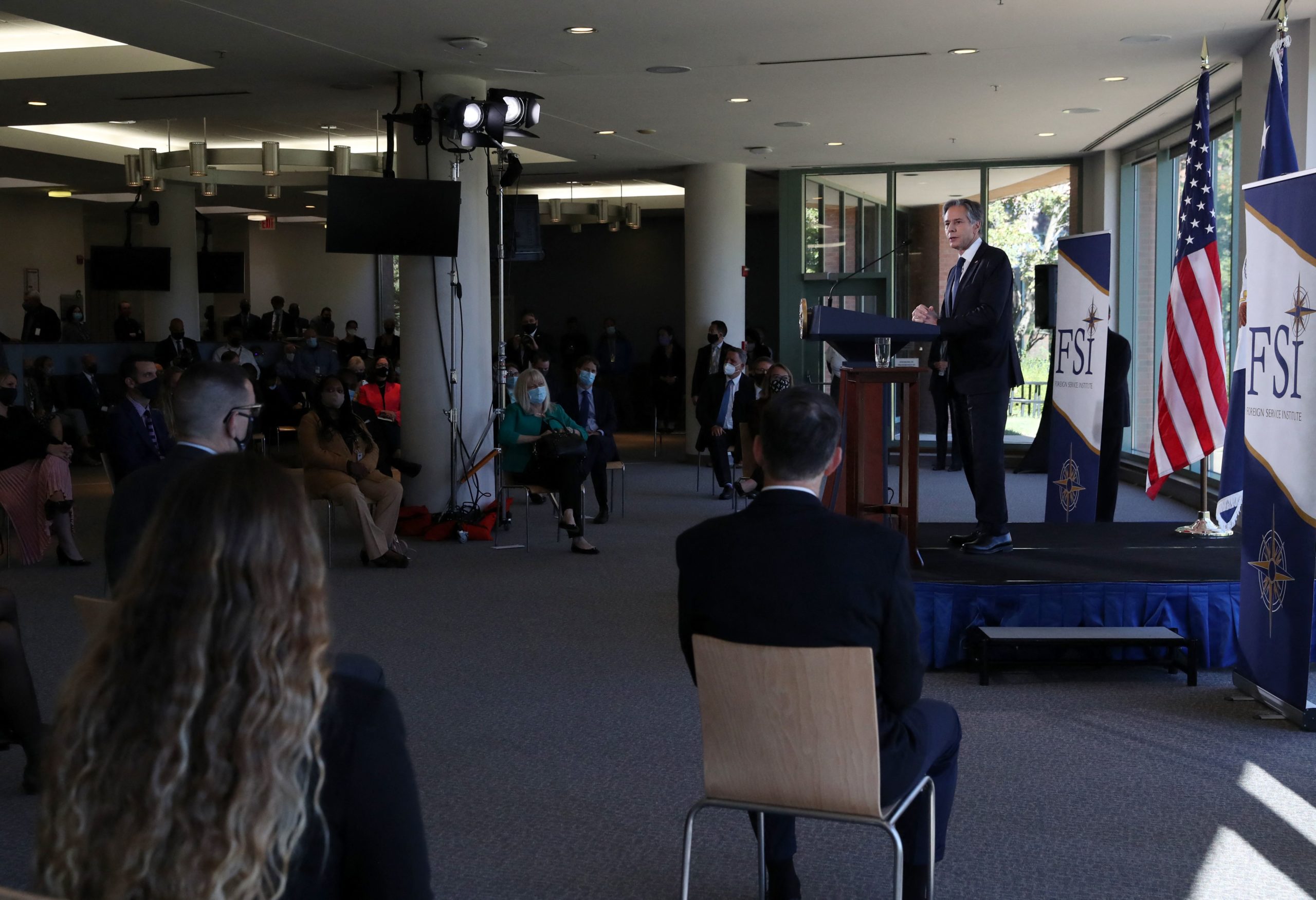 U.S. Secretary of State Antony Blinken delivers remarks on modernizing American diplomacy during a speech from the Department of States Foreign Service Institute in Arlington, Virginia, on October 27, 2021. (Photo by LEAH MILLIS/POOL/AFP via Getty Images)

The chaotic evacuation drew widespread condemnation for failing to get American citizens and Afghan allies out of Afghanistan. Under Secretary of Defense for Policy Colin Kahl told the Senate Committee on Armed Services on Tuesday that nearly 450 Americans were still in Afghanistan, with 196 ready to leave.

An ISIS-K suicide bombing at the end of August also led to the death of 13 American servicemembers and numerous Afghan civilians.

The State Department is set to resume evacuations for the remaining Americans in Afghanistan, as well as some Afghans, such as SIV applicants, by the end of the year, a senior State Department official told The Wall Street Journal